There’s been a lot of discussion regarding the non-stop barrage of sequels and remakes that Hollywood unleashes on us year after year. The Marvel Cinematic Universe, which takes up a fat chunk of Twitter chatter every single day, unveils a new film every few months, and the remakes — of Disney classics, ’80s action flicks, movies that are only ten years old — are reliably profitable but easily forgotten, never breaking the bank but never breaking records, either.

Since the embryonic moments of Hollywood, making movies has been a rich man’s hobby. The producers who created the era of the wealthy movie maker were Irving. G Thalberg and Louis B. Mayer, who together ran MGM, and David O. Selznick. Thalberg and Mayer, according to film historian David Thomson, had a good-cop bad-cop relationship; Thalberg loved movies and wanted to make movies, whereas Mayer loved money and wanted to make money. Their philosophical differences, on art versus commerce, dissolved their relationship. Selznick, who specialized in big movies (King Kong, Gone With the Wind, Rebecca), took over for Thalberg.

Mayer’s star system acted as a progenitor of the blockbuster movie star. He engendered the concept of the glamorous Hollywood beauty, men and women who seemed to beam radiantly before the camera; names that shone luminous on marquees. That system only recently died, and many have argued that Tom Cruise is the last remaining movie star, but his popularity has been on the decline for years.

The recent domestic box office bombs Transcendence (starring Johnny Depp), After Earth (Will Smith), The Last stand (Arnold Schwarzenegger), Bullet to the Head (Sylvester Stallone), and Escape Plan (Schwarzenegger and Stallone), and the under-performance of would-be blockbusters The Secret Lift of Walter Mitty (Ben Stiller) and Monuments Men (George Clooney, Matt Damon, Bill Murray) suggest the end of the movie star. It doesn’t matter what name is on the newest Transformers poster. All that matters is the title Transformers, and the promise of robot carnage.

Thalberg was incredibly young for a producer, and he looked more like an up-and-coming star. He created the film on paper, writing out camera movements and actions, and had the director film his (Thalberg’s) vision. He took risks with unknowns like Lon Chaney, Greta Garbo, and Clark Gable. He established his authority when he fired Erich von Stroheim from the 1922 silent Foolish Wives, the cost of which Stroheim was running up to excessive amounts. No one had ever told a director “No” up to that point, because no American director ever sought to usurp power from the producer before. (D.W. Griffith directed and produced his own films, so he had no one to answer to except himself.)

Stroheim was Austrian, and German cinema was underfunded post-World War I; to work within their limited monetary allowances, directors created the the jaunty, angular, hallucinatory style of German Expressionism (The Cabinet Dr. Caligari, Nosferatu, The Golem.) But by the late-1920s, the rise of fascism lead to the censoring of German films (though they occasionally misread anti-fascism films as being pro-fascism, as was the case with Fritz Lang’s silent epic Metropolis and his brooding talkie debut M), and the director became but a pawn of the Third Reich.

Perhaps the most telling moment of Thalberg’s illustrious career was when King Vidor came to Thalberg and proposed a film with a large, exclusively black cast, saying the film wouldn’t make a dollar at the box office. Thalberg told Vidor that was fine, they could afford the occasional experiment.

Thalberg would be too slow to accept the death of silent cinema, and his career never recovered. He died in 1936.

Orson Welles, arguably the first American auteur, directed and starred in his milestone debut Citizen Kane. Welles had creative control over the project — his reputation as a stubborn, eccentric perfectionist had yet to manifest — and the film’s myriad technical and creative innovations promised a new era of director-lead movie making. However, Welles’ subsequent film, The Magnificent Ambersons, was hacked and hewn by producers, and Welles would spend the rest of his career fighting the financiers of his films, who almost ubiquitously and unanimously despised Welles for his smug attitude, unflinching refusal to adhere to Hollywood conventions, and perceived anti-establishment ideology.

Welles created some of the finest American films to ever grace the screen, but his entire career, save for his first and last films (Citizen Kane and Welles’ brilliant “eff you” to critics F for Fake, respectively), was pervaded by the sticky fingered interventions of producers. Welles never had a chance. 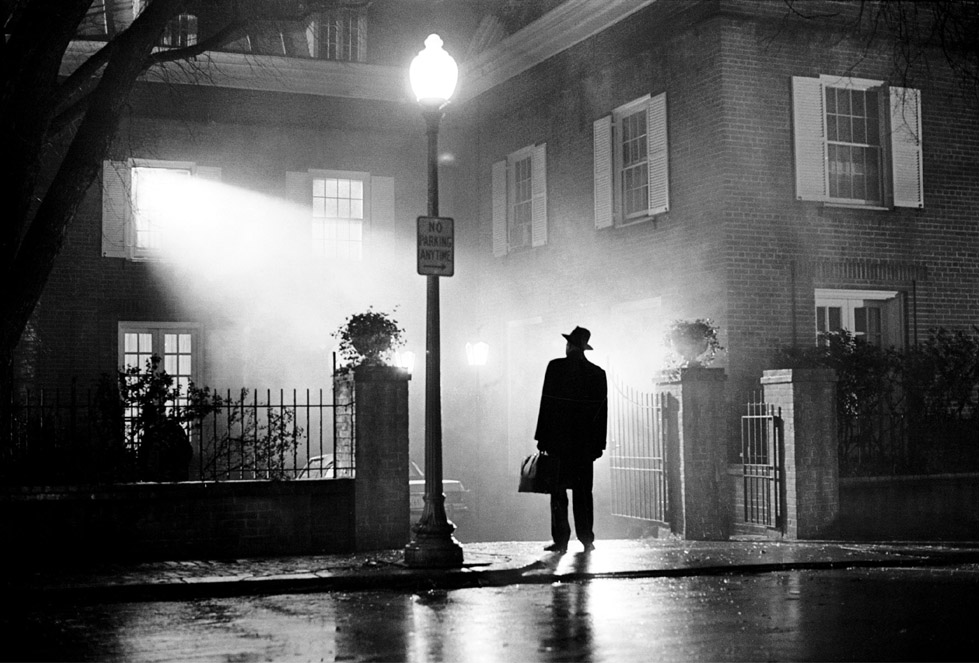 It wasn’t until New Hollywood came to be, a fervid, fertile period between the late ’60s (Bonnie and Clyde, Rosemary’s Baby The Wild Bunch) and the end of the ’70s (Raging Bull marks the end, in 1980), during which time the director was boss, and squalid, arthouse films proliferated. The era’s studio produced masterpieces include Martin Scorsese’s Taxi Driver and Francis Ford Coppola’s first two Godfather films.

The Godfather, released in 1972, encapsulates everything that made New Hollywood a distinct, fleeting moment in American cinema: created under major duress, the stars Marlon Brando and Al Pacino didn’t get along (Pacino fancied himself the star and refused to attend the Academy Awards when he was nominated for Supporting Actor and Brando Lead Actor), and Coppola, who reluctantly agreed to helm the film, developed a non-malleable vision for the film and fought with Paramount head Robert Evans. Today, filmmakers rarely win squabbles with producers; even Scorsese has to fight to get his films released un-butchered.

Despite (or perhaps consequent of) its tumultuous production, The Godfather  became the most successful film of all time at the box office, as well as one of the most critically acclaimed films. The next year, The Exorcist, directed by William Friedkin (hot off his Best Director winning The French Connection), presented a new extreme for studios and audiences. Arguably the most shocking wide-release of all time, The Exorcist thrived on its lurid material (little girl possessed by the devil and lugubrious self-mutilation via crucifix.) It was rewarded with 10 Oscar nominations, including the first ever Best Picture nod for a horror film.

It was Steven Spielberg and George Lucas who killed New Hollywood, according to provocateur Peter Biskind. In Easy Riders, Raging Bulls – Biskind’s smarmy expose on the malaise and ethereal brilliance of New Hollywood — the writer argues that Jaws and Star Wars, both of which became the highest grossing film of all time up to that point, ushered in the blockbuster era, which has since spread like cancer and killed ambitious studio projects. He’s not wrong, necessarily, though you can hardly blame Spielberg, whose blockbusters (Close Encounters With the Third Kind, E.T., Raiders of the Lost Ark) are genuinely great films, for the current slew of milquetoast movies. Remember: Coppla is the filmmaker who popularized sequels, which were extremely rare before The Godfather Part II. 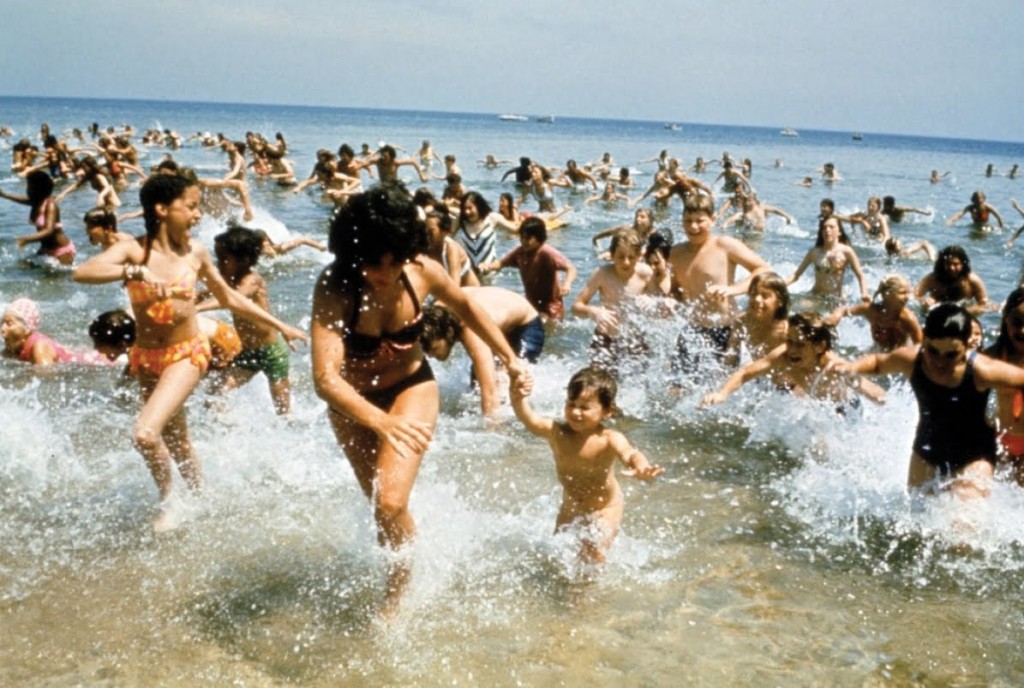 Today, the major studios rarely release experimental or ambitious projects like Taxi Driver or The Godfather. They stick to sequels, remakes, rehashes, and franchises. Of the top 10 grossing films of 2014, worldwide, five are sequels, two are remakes of some kind, and 1 is a movie about living toys. (Darren Aronofsky’s Noah is the surprise film on the list, though it may get knocked down when the summer’s blockbusters roll in.)

Part of the reason producers don’t take chances is the dwindling funds is because of the number of on-the-lot deals has fallen 52 percent since 2000, according to an annual survey by the trade paper Variety. The six major studios released 120 movies last year, compared with 204 in 2006. They have less money now than during the height of the blockbuster era, and they have to pick and choose their projects carefully.

We can bemoan the decline of good studio movies until we’re blue in the face, but that won’t change much. If you want good movies to come out, go see the good movies that do come out — go see The Immigrant, which is gorgeous and has made all of $50 thousand at the box office. Go see Under the Skin, and Ida. If you keep spending money on bad remakes and sequels, the people with the power will keep dishing them out. Summer blockbusters like Alien, Terminator 2 (most expensive movie ever made at the time), and Jaws seem risky compared to Captain America or Spider-Man or Transformers. People were scared to go to the beach after seeing Jaws. Transformers doesn’t even scare people away from spending money on awful movies.