Donald Trump may not be the last president to have performed at WrestleMania. Now that it has been established that a charismatic celebrity with no political experience can ascend to the nation’s highest office, the floodgates have been opened. Since 2016, Democrats have been searching for celebrities on their side of the aisle who might want to run.

Now, it looks like Dwayne “The Rock” Johnson is interested. Here’s a look at The Rock’s potential presidential future, why he says he’d think about running (page 5), and who he voted for twice (page 6).

He told GQ that running for president is a ‘real possibility’ 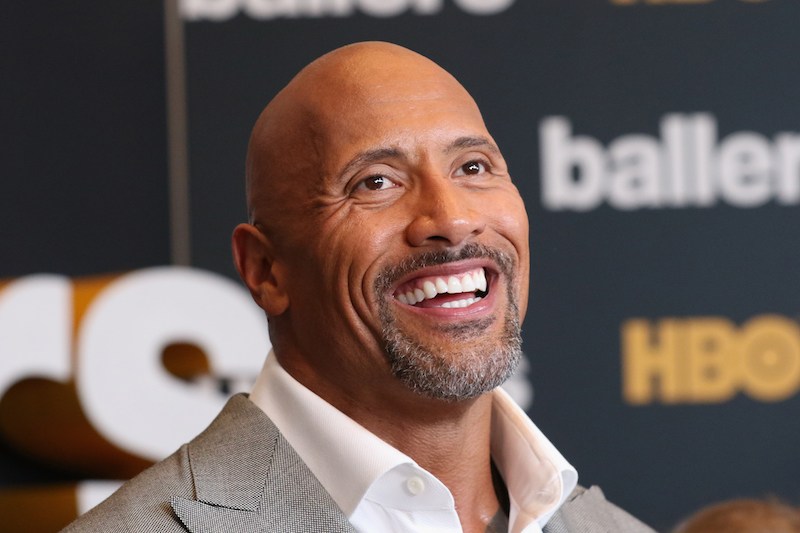 In May 2017, GQ published a profile of The Rock titled “Dwayne Johnson for President!” You might assume that this headline was just an expression meant to indicate how popular The Rock is. But actually, Johnson said in the interview that he legitimately might run.

“I think that it’s a real possibility,” he said. Johnson didn’t speak that much about his political views during this interview. But he did say that if he were president, poise and leadership would be important.

He also seemed to take a swipe at President Donald Trump by saying that he’d like to see “a better leadership” and doesn’t want the president to shut out people who disagree with him, like the media.

Next: Johnson then took a specific stand on this issue.

He said he is completely against the Muslim ban 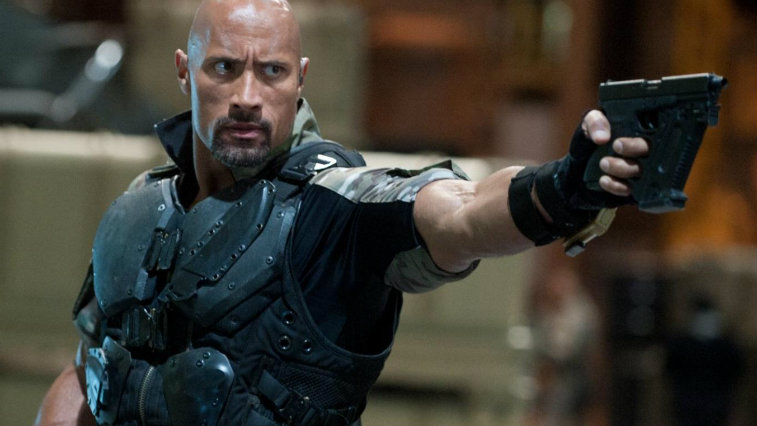 This opinion has made him popular with progressives. | Universal Pictures

In that GQ issue, Johnson specifically said that he did not want to reveal his political party because it might make people unhappy. However, aside from just generally critiquing Trump’s leadership, he also took a specific stand on one issue: the travel ban.

“I believe in our national security to the core, but I don’t believe in a ‘ban’ that bans immigrants,” Johnson said. “I believe in inclusion. Our country was built on that, and it continues to be made strong by that.”

He also said that Trump’s travel ban seemed like a “snap judgment” which created a lot of heartache and pain.

Next: Would Johnson actually have a chance at winning the election?

An early poll found that he would beat Donald Trump 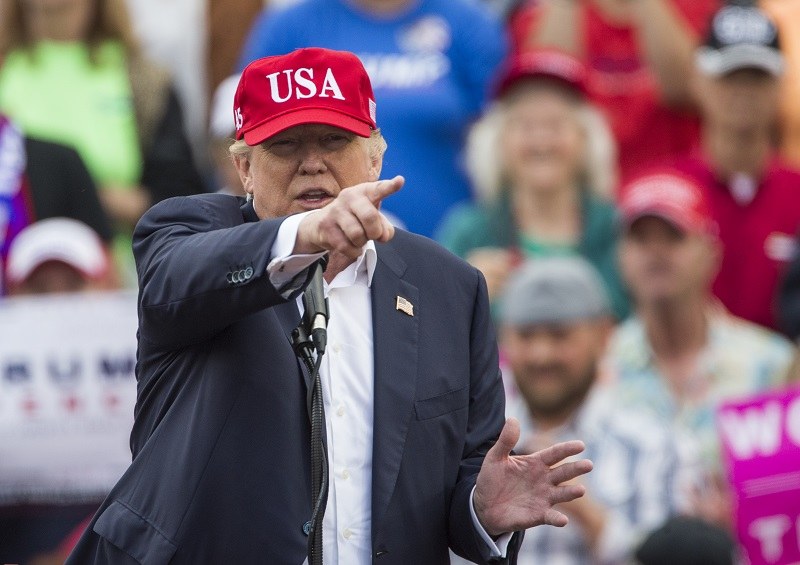 Not long after that GQ article came out, a poll was released that showed Johnson might stand a real chance at becoming president.

According to Public Policy Polling, Johnson led Trump 42% to 37% in a 2020 matchup. In that poll, 15% of people who voted for Trump in 2016 said they’d vote for Johnson in 2020. The poll also showed that a plurality of both Democrats and Republicans have a positive view of him, although 50% of voters have no opinion either way.

Johnson’s early lead over Trump wasn’t nearly as big as Joe Biden’s, who beat Trump 54% to 40%. Still, the release of that poll kept the momentum going.

Next: Months later, Johnson once again fields questions about a presidential bid.

In December, he again said he’s ‘seriously considering it’

Johnson gave that original GQ interview to promote his movie Baywatch. Later in 2017, he went on another press tour to promote Jumanji, and so the topic of running for president once again came up.

During an appearance on Ellen, Johnson was asked if he would run. This was an opportunity for Johnson to back out and make clear that the presidential talk was not completely serious or that he was having second thoughts. But no, he clarified that he really, legitimately is still thinking about it.

Next: Johnson says why he would want to run. 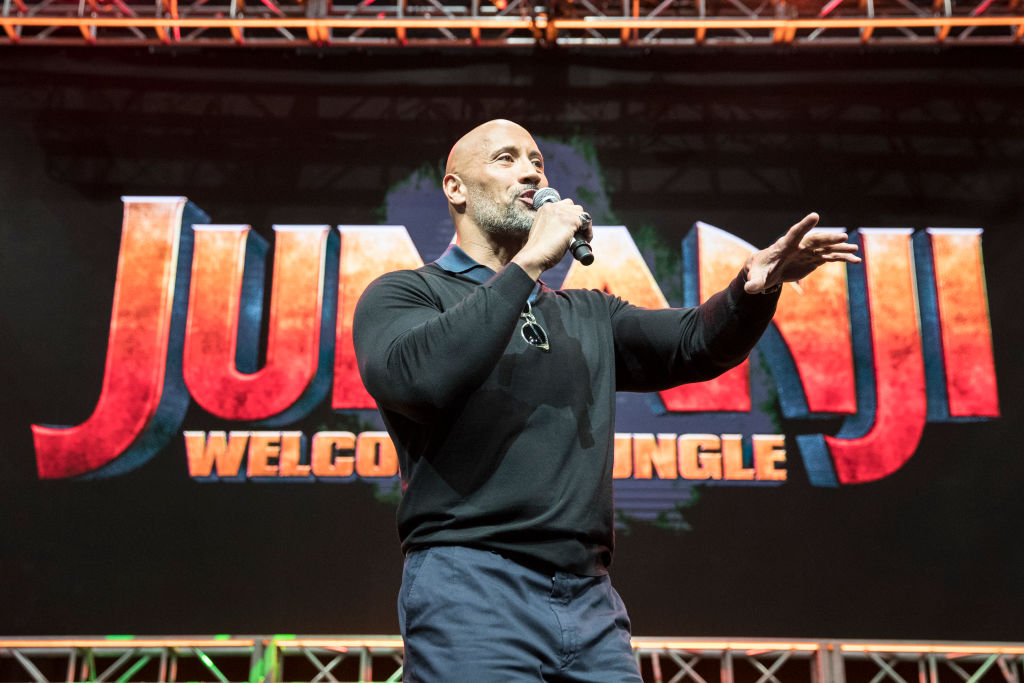 He cares about his fans. | Rich Polk/Getty Images for Entertainment Weekly

Johnson subsequently spoke to USA Today and was asked why he’d actually want to be president. He responded, “To serve the people, and create a better environment for them.”

USA Today also asked an important question: Are we definitely talking about 2020 here? Or does The Rock mean he might run for president further down the line? Johnson said that if he ran, running in 2020 would “probably be the case.”

Johnson also said that he’s considering running partially because of “the desire from a large amount of people who would like to see this happen.”

Next: Johnson reveals something else about his political views. 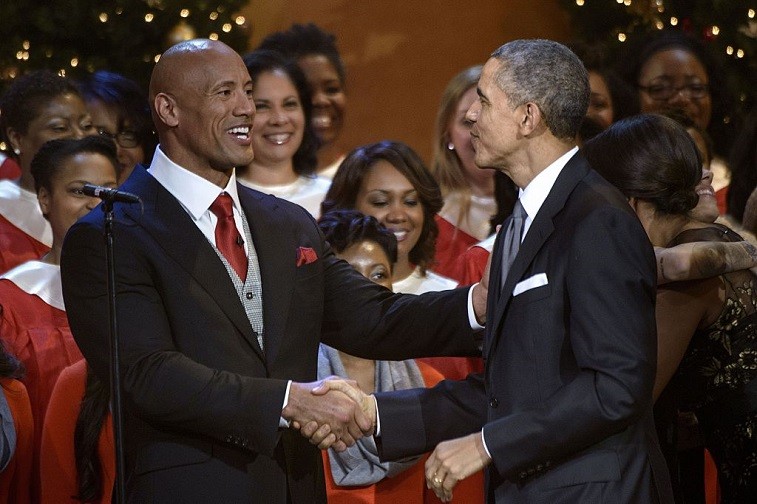 Up until now, Johnson has barely spoken about specific political issues other than the travel ban, and he has never even said what political party he might run in. However, he did tell Rolling Stone in April 2018 that he voted for Barack Obama both times. But he also revealed that he didn’t vote at all in 2016.

“At the time, I just felt like it was either vote for the [candidate] I thought would make a better president than the other, even though I would rather have someone else, or not vote at all,” he said. “I wrestled back and forth with it. We were on the set of Jumanji in Hawaii, and it really was like calling on the gods. Give me the answer. Ultimately, it was [to not vote].”

He says people are unsatisfied with Trump 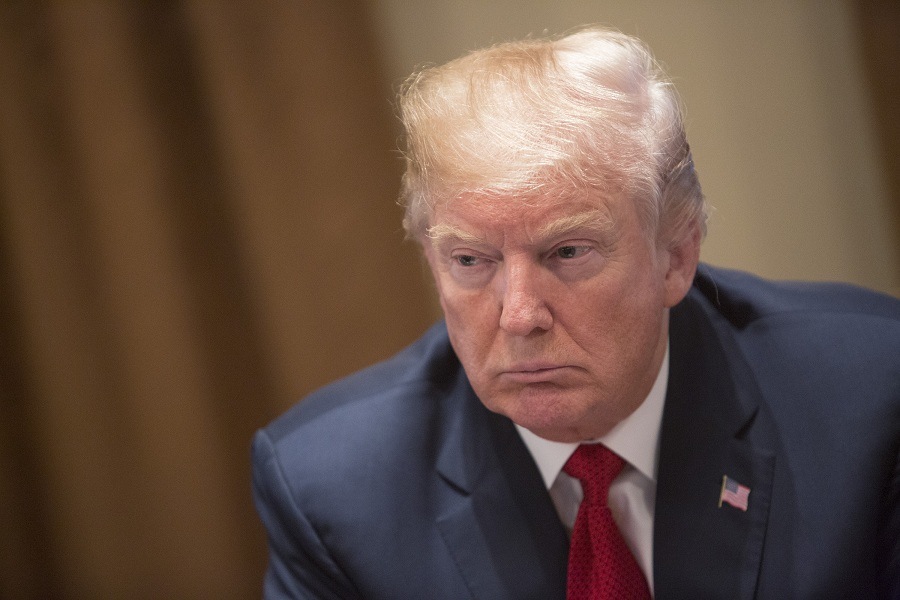 During this same Rolling Stone interview, Johnson once again called out Donald Trump, saying that a big reason people want him to run is that they are “very unsatisfied with our current president.”

Johnson also called out Trump for some of his past behavior, including mocking a disabled reporter. “I don’t have friends like that, nor is it anywhere in our business,” Johnson said.

He added that this type of behavior is the reason he didn’t vote for Trump. So could this inspire Johnson to try to take on Trump in 2020?

Next: Johnson adds this caveat about a potential presidential future.

He says he still is thinking about running, but maybe not in 2020

He’s not rushing the process. | WWE

Johnson made clear to Rolling Stone that after almost a year, he’s still thinking about running for president. However, this time, he changed his tune a bit, saying that he might not run in 2020 because he needs more political experience.

“This is a skill set that requires years and years of experience,” he said. “On a local level, on a state level and then on a national level. I have the utmost respect for our country and that position, and I’m not delusioned in any way to think, ‘Oh, absolutely, if Trump can do it, I can do it, and I’ll see you in 20-whatever, get ready.’ Not at all.”

However, this doesn’t mean that Johnson is done with the idea of getting into politics; he actually said that he’s been taking “under-the-radar” meetings with political experts. “The best thing I can do now is, give me years,” Johnson said. “Let me go to work and learn.”

Johnson also revealed that a “well-known political figure” has told him to text as soon as he’s ready to run.