Why Fans May Be Turning On Justin Timberlake

Justin Timberlake has been at the forefront of the music scene for about as long as we can remember. His smooth lyrics and dance moves have pretty much been universally loved, but suddenly — something’s changed. He’s been receiving tons of backlash, and it seems like fans are finally turning on the pop star.

Here’s every reason why Timberlake is getting blacklisted by fans, leading up to the No. 1 reason why his time could be up in Hollywood.

7. They aren’t exactly loving his Man of the Woods album 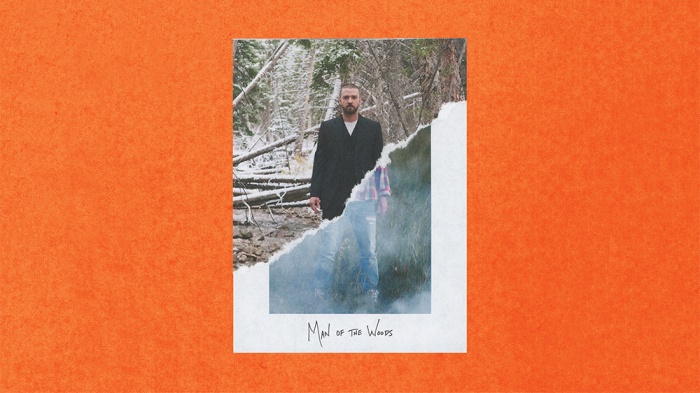 His Man of the Woods album isn’t getting great reviews. | RCA

Fans went crazy for Timberlake’s 2013 album, The 20/20 Experience. So after five years without any music from the star (other than 2016’s “Can’t Stop the Feeling!”), we were expecting his next studio album to raise the bar even higher. However, it’s safe to say most fans ended up disappointed with his new album, Man of the Woods, released on Feb. 2, 2018.

He released a teaser for the album, in which he introduces his new, “rugged and woodsy” persona. Clad in flannel and surrounded by mountains and bonfires, he expresses, “This album is really inspired by my son, my wife, my family.” He adds, “But more so than any other album, where I’m from.”

He brings the countrified theme to the music itself, but it just isn’t working. He’s trying to combine too many styles of music into one album, which USA Today describes as “listeners [being] subjected [to] unholy mashups of twangy guitars and hip-hop beats.”

Next: This move seemed disrespectful. 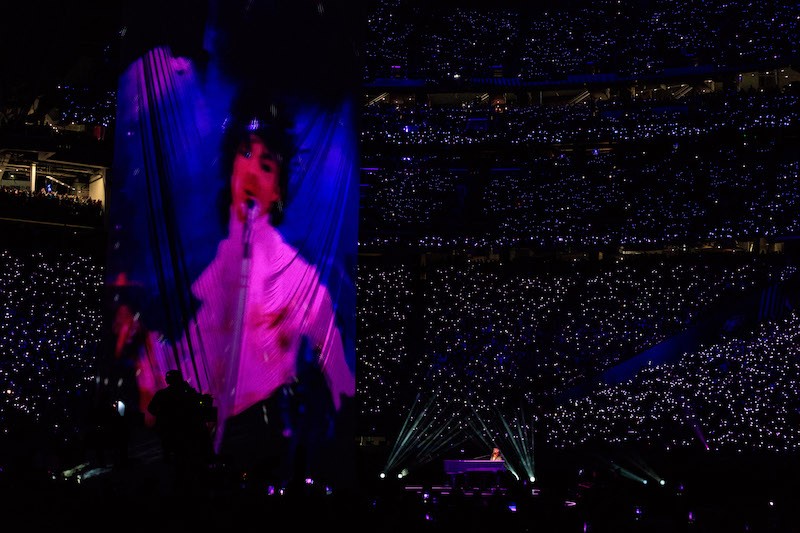 His tribute to Prince is not going over well. | Christopher Polk/Getty Images

Many 2018 Super Bowl watchers loved Timberlake’s halftime show performance. After all, according to NPR, it was a surface-level success. He sang his biggest hits from over the years, he proved he’s still got it with his moves, and we’ve never seen someone work a microphone quite like he did.

However, Timberlake already made people angry before the performance even began. News broke that he planned to bring out a hologram of Prince, but he reportedly backed out of it last minute “due to backlash from social media and Prince fans,” according to Page Six. Instead, they projected Prince onto a billowing sheet while Timberlake sang along the music legend’s classic song, “I Would Die 4 U.”

During his lifetime, Prince was adamantly against the use of holograms to “perform” with the dead. Prince’s friend, Sheila E., spoke out against Timberlake’s plan. “I just said no. I just felt that it was too soon,” she told Entertainment Tonight.

“The hologram was weird, and Prince did tell me [to] make sure nobody ever does a hologram [of him] . . . He thought it was very demonic and that’s his spiritual beliefs,” she added. We’re not sure if Prince would have approved of Timberlake’s projected image of him, but he probably should have avoided it all together.

Next: That wasn’t his only controversial moment during the Super Bowl. 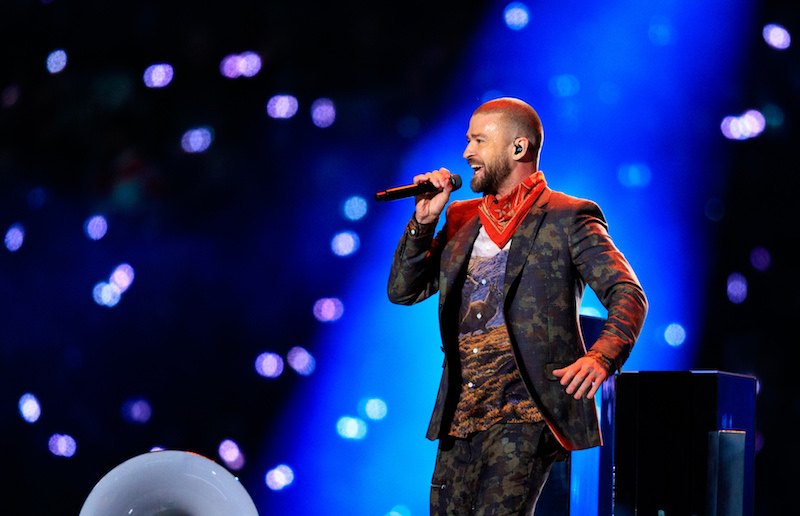 Timberlake’s “performance” with Prince wasn’t the only controversial moment of the 2018 Super Bowl halftime show. He included “Rock Your Body” in his lineup of biggest hits, which is the song tied to his infamous 2004 Super Bowl performance with Janet Jackson.

In case you forgot, Timberlake controversially ripped off a piece of Jackson’s costume during the performance, exposing her breast on national TV. Not only was it an embarrassment for Jackson, but for some time, she became blacklisted in the entertainment industry — and Timberlake never formally addressed or apologized for the incident.

Forbes recalled, “The debacle effectively halted Jackson’s career, as VH1 and MTV refused to play her songs and videos, while Timberlake shrugged off the ordeal and only received a slap on the wrist.”

Although Timberlake didn’t mention Jackson during the 2018 performance, the song stopped abruptly before the line during which the wardrobe malfunction occurred. As pop critic Ann Powers told NPR, “It was almost like he was trying to erase what had happened in the past, but that is just not flying in 2018.”

Next: It just isn’t the time for Timberlake.

4. He isn’t the musician we need right now 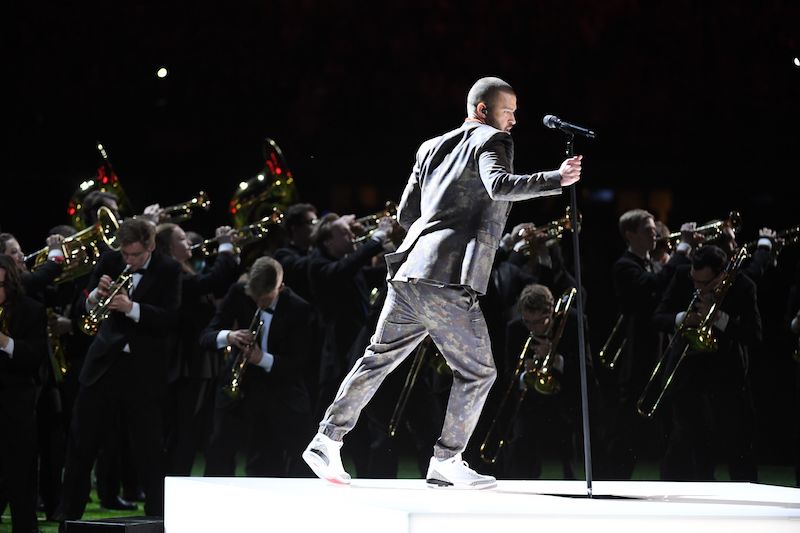 The singer may be smooth, but he’s not the artist fans are looking for these days. | Timothy A. Clary/AFP/Getty Images

Timberlake is known for being smooth — in his lyrical “sexy” talk, vocal range, and dancing abilities. As described by NPR, he “[creates] music that seduces us with references to the past, with appropriations, with artful mixes, and never quite shows any struggle.”

However, we entered 2018 filled with cynicism of the world surrounding us — and we want our music to represent that. Powers explained, “We want statements and struggle in our pop music, not just another smooth dance mix.”

3. His new music seems to be about ‘reclaiming his white masculinity’ 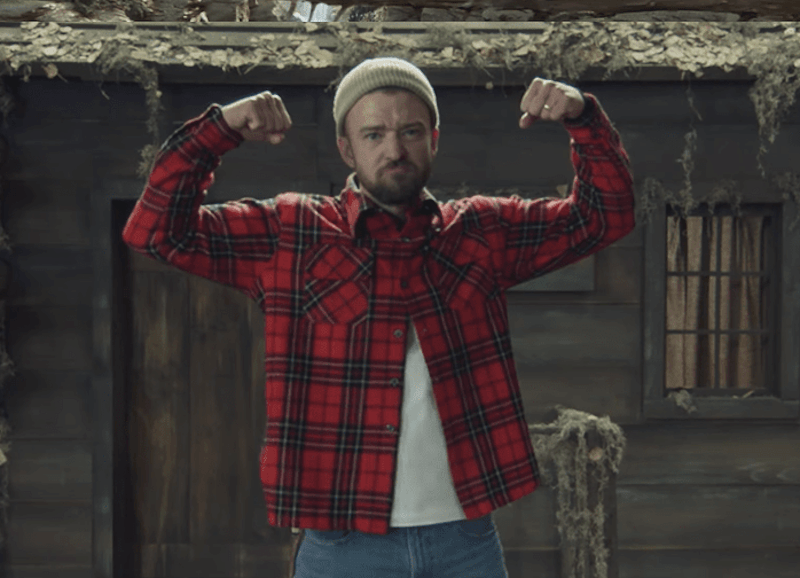 His latest music is sending the wrong message. | RCA

Let’s go back to Timberlake’s claim that Man of the Woods is “more so than any other album,” inspired by “where [he’s] from.” According to Vox, many are interpreting his new, rugged, flannel-wearing aesthetic as him “reclaiming his white masculinity.” Once again, not exactly the message people are looking for — especially in 2018.

As Anne Helen Petersen at BuzzFeed described, Timberlake’s musical style he’s built his career on “would be impossible without black producers and black influence.” Now, his “current move suggests a pivot to ‘pandering to a whiter America.’”

Next: We’re not buying this message he’s trying to send.

2. His attempt at seeming ‘woke’

Despite Timberlake’s Wild West rebranding, he still tried to send a message of “wokeness” in the music video for the second single off of Man of the Woods, “Supplies.” The video begins with Timberlake sitting in a chair with dozens of TV screens in front of him. They include footage of Harvey Weinstein, Women’s Marches, Black Lives Matter protests, and Donald Trump.

Then, the video follows Timberlake in a post-apocalyptic world, which includes an Illuminati Pyramid with mobs of people surrounding it. The song itself, however, doesn’t exactly meet the level of wokeness his video suggests. In his attempt at singing with his newfound southern drawl, his lyrics will probably leave you rolling your eyes instead of thinking he’s in touch with our current times.

For example, he sings, “I’ll be the wood when you need heat” and “The world can end now, baby, we’ll be livin’ in The Walkin’ Dead.” Forbes explains that the lyrics “suggest that Timberlake is only interested in being a feminist when it can bolster his sex appeal.”

Next: He’s being ridiculed for his hypocrisy.

1. His inclusion in the Time’s Up movement

He turned people off with his message. |  Justin Timberlake via Instagram

Like so many men in Hollywood, Timberlake has been criticized for staying silent in the wake of sexual misconduct. He starred in Woody Allen’s 2017 film, Wonder Wheel, but the filmmaker is in hot water for sexual assault allegations.

Allen’s adoptive daughter, Dylan Farrow, openly accused Allen of molesting her at 7 years old (which he has denied). Following Timberlake’s “support” of the Time’s Up movement, Farrow called him out on Twitter for continuing to praise Allen despite her accusations. She wrote to Timberlake, “You can’t support #TIMESUP and praise sexual predators at the same time.”

Rose McGowan, who has spoken up against Weinstein for sexually assaulting her, had some words to say about Timberlake’s inclusion in the Time’s Up movement. She told The View, “Then there’s Justin Timberlake hashtagging ‘My wife looks hot tonight hashtag Time’s Up hashtag I just did a movie with Woody Allen.’”

She criticized, “So come on, it is fake. I wish it weren’t — I wish everybody were good. I’m sorry to puncture your heroes, but sometimes these heroes need to be better.”