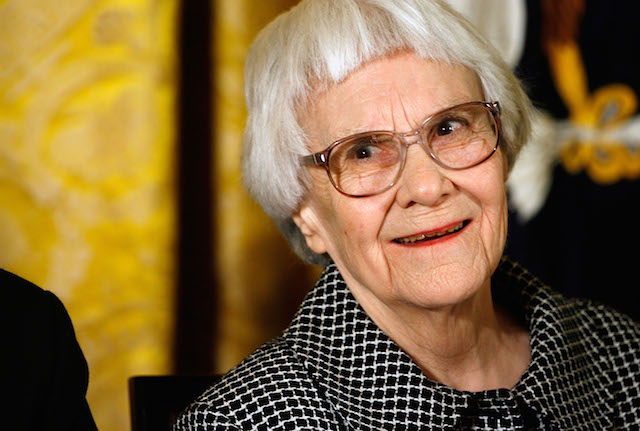 The publisher of the classic novel To Kill a Mockingbird has announced that the book’s reclusive author Harper Lee will publish her second novel 55 years after the first was released to global acclaim, reports the Associated Press. Harper, a subsidiary of the publisher HarperCollins, said in an announcement seen by the Associated Press that the 304-page novel Go Set a Watchman will be published July 14. The question now is whether fans of the original novel should actually read the new book, or if it could color their perception of Mockingbird in ways they might not appreciate.

The book is essentially a sequel to To Kill a Mockingbird but was technically written first. Lee completed the book during the 1950s and when she shopped it around to publishers, it was suggested that she start over focusing on the childhood memories of the narrator Scout. Go Set a Watchman sees an adult Scout returning to her hometown of Maycomb, Ala., roughly 20 years after the events in Mockingbird.

“Scout (Jean Louise Finch) has returned to Maycomb from New York to visit her father, Atticus,” the publisher’s announcement reads, per the AP. “She is forced to grapple with issues both personal and political as she tries to understand her father’s attitude toward society, and her own feelings about the place where she was born and spent her childhood.”

Lee won a Pulitzer Prize and adoration from generations of readers for Mockingbird, but the author hasn’t published another book since 1960 and has only done a handful of interviews in the interim. Harper made it clear it is unlikely Lee will do press to promote the new book.

Fans are looking at this announcement with some mixed feelings. At first, of course, it’s exciting to hear that this beloved author is releasing new writing about the characters millions of readers have come to know and love. Mockingbird is not just a classic work of literature, it’s also the book that teaches many about civil rights, the court system, the South, and morality when it’s assigned in elementary or middle school. It’s one of those books that can be enjoyed by anyone at any age, from a grade-school student to a college literature professor, and each time you read it, you get something different from the story. The book is so meaningful to so many people that news of more information, more stories about the beloved Scout and Atticus might seem like a cause for celebration, but is it?

Some are already questioning the motives behind the decision to publish this supposedly lost work now. An article from New York Magazine explains how Lee’s later years have been marked by ill health and being taken advantage of by her attorneys and others that are supposed to be helping her. Lee’s sister Alice served as her protector and adviser for many years until Alice passed away late last year. Jezebel has pointed out, as others surely will, that it seems suspicious that such an announcement would be made so soon after Alice’s passing. It seems fairly likely that Harper Lee didn’t want this book published just as she didn’t want any more of her other writing published, and now that Alice is gone, lawyers and literary agents can take advantage of Harper’s weak mind and ill health.

In addition to the questions surrounding the circumstances of the book’s publication, Go Set a Watchman has a lot to live up to as a work of literature. Even though it was technically written first, this book will have to live in the shadow of Mockingbird, a shadow so dark that it prevented Lee from writing another book in her lifetime. New York Magazine quotes Lee at the press conference to promote the classic film adaptation of Mockingbird starring Gregory Peck as saying, “I’m scared,” when asked how she feels about writing another book. That fear, in addition to her own eccentricities, has kept her from releasing any other writing despite publishers, fans, family, and friends all hounding her for it. And maybe the memory of Mockingbird was better served that way.

If Go Set a Watchman is subpar — and what wouldn’t be subpar in comparison to Mockingbird? — then it could be a huge disappointment for fans. Reading Go Set a Watchman will change the reader’s interpretation of Mockingbird by telling us about what Scout and Atticus are like 20 years later. Perhaps readers have their own ideas about what ended up happening to the Finch clan, or maybe you think part of the book’s perfection is how it’s encapsulated in those few years of Scout’s childhood. Either way, bleeding outside the boundaries of Mockingbird will make the new book change the reader’s perception of the original, whether they want it to or not.

The fact that this is sort of an original draft of Mockingbird and not a later attempt on Lee’s part to write a prequel that just never got published is encouraging when considering its potential literary value. Watchman was good enough that publishers saw the promise in it even from an unknown young writer back in the 1950s, another sign that the book is actually quality writing and not just something that’s being published because it has Lee’s name on it. Given Lee’s highly reclusive nature, we really don’t know if she was a true literary one-hit wonder and only had one great book in her, or if she’s had volumes of wonderful stories in her mind that she’s been unwilling to share, publish, or maybe even write down. This is a chance to finally find some answers to a few of the greatest literary questions of the past century, but with reading this new work comes taking a chance on changing our understanding of the original, for better or for worse.