Why ‘G.I. Joe’ Is Getting the ‘Transformers’ Treatment 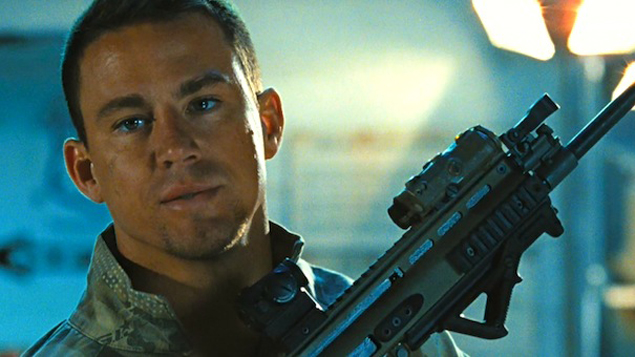 The G.I. Joe movie franchise may be getting several more sequels. After Paramount’s writers room experiment led by Avika Goldsman spurred at least three movie ideas to extend Transformers, the studio has decided to employ the same tactic for another of its toy-inspired series: G.I. Joe.

Paramount first put the Goldsman-led incubator of writers together back in March, with the hopes that they’d conceptualize enough potential sequels and spin-offs to turn Transformers into its own shared film universe, similar to that of Marvel’s superhero worlds. In October, the studio confirmed that the team had managed to plot out the next 10 years of the series, from next year’s Transformers 5 through the planned Transformers 8. Though the first of the newly conceived movies has yet to actually start production, it seems Paramount already considers the writers’ room experiment to be a success and is eager to repeat it with more of their franchises.

According to Deadline, the studio has brought the Oscar-winning Goldsman (A Beautiful Mind) back to supervise a second writers’ room for G.I. Joe, a decision backed by Hasbro and producers Steven Spielberg, Michael Bay, Don Murphy, and Lorenzo di Bonaventura. It makes sense, as the studio has been struggling to figure out where to take the franchise for a while now. After initially kicking off in 2009, the G.I. Joe series basically stalled out after only one widely panned sequel, Retaliation, in 2013. Now, it looks like Paramount is hoping to get the franchise back on track, with Goldsman’s help.

It’s unclear whether Goldsman has been tasked with coming up with ideas for more direct sequels or actually rebooting the franchise, but it wouldn’t be a surprise if Paramount considered the latter option — especially since star Channing Tatum didn’t seem all too eager to return to the series earlier this summer. Either way, it looks like moviegoers can expect several more installments from G.I. Joe in the near future.

But G.I. Joe isn’t the only other Hasbro toy-inspired franchise that Paramount has assigned to Goldsman. Deadline reports that the studio has also put him in charge of developing Micronauts, its upcoming potential franchise based on the classic toy line from the ’70s. Past attempts to revive Micronauts haven’t really panned out, so the studio is counting on Goldsman to put together the right team of writers to help successfully launch the series.

So where does all this leave Transformers? Now that Goldsman has moved on to developing two other franchises, the job of penning the script for Transformers 5 is up for grabs, although he’ll reportedly still act as a supervisor for the project. As for who will take over writing duties, Paramount is reportedly currently negotiating with three of the writers room participants, Art Marcum and Matt Holloway (Iron Man) and Ken Nolan (Black Hawk Down), to pen the script together.

When it comes to toy-based film franchises, this is just the beginning. Hasbro has plenty more in their collection, including the recently announced My Little Pony project, which is being developed with Lionsgate and will hit the big screen in 2017.

Meanwhile, Transformers 5, which is again expected to star Mark Wahlberg, is currently scheduled to hit theaters in summer 2016.