Why ‘Ghost Rider’ Should Be Marvel’s Next TV Spinoff

“Give [insert character here] back to Marvel.” It’s a common refrain whenever another studio — namely, Fox and (until recently) Sony — mishandled a property featuring a beloved character from the company’s vast archive. Little by little, Marvel Studios has reacquired most of their major players. Once upon a time, Blade, Punisher, Daredevil, and others were all in the hands of other studios. While the rights for all of these characters have reverted back to Marvel (and many of these darker heroes seem destined for Netflix), the company has taken its time reintegrating them into the MCU. After all, its slate of films is currently pretty crowded already, and for a character to emerge successful, it has to be injected into the MCU landscape in a way that propels the continuity forward without bogging it down. Perhaps that’s why the addition of Ghost Rider on Season 4 of the ABC series Agents of SHIELD has been so successful.

Initially conceived as a show simply following the non-powered but skilled SHIELD. operatives, the show blossomed into something far more ambitious in Season 2, introducing Inhumans into the MCU. Now, Ghost Rider drives the supernatural slant of the show even further and brings an exciting new figure to the show in the form of Robbie Reyes (Gabriel Luna). With the character’s established popularity — thanks to both the comic and a pair of films starring Nicolas Cage — many are crying for Ghost Rider to be spun off into his own television series. But is such a move a good idea for the MCU? 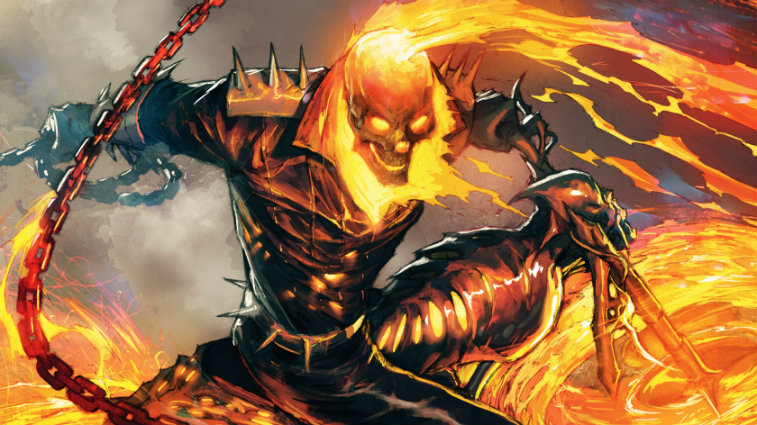 In a word, yes. Visually dynamic and imbued with a rich mythology of his own, Ghost Rider is precisely the kind of character who could truly work as the lead of his own series, those disappointing Cage films notwithstanding. However, it has to be done right, especially given the high standards the MCU has maintained thus far.

While Agents of SHIELD struggled upfront, it has certainly found its footing in recent seasons as a kind of launchpad for bringing elements of the MCU to life that have yet to make their way into the films. Meanwhile, TV shows like Daredevil, Jessica Jones, and Luke Cage have taken the shared universe into edgier territory that simply would not fit with the family-friendly tone of the films.

With the right creative team and a fully fleshed out lead (already established on Agents of SHIELD) there’s little reason why a Ghost Rider TV show wouldn’t work. After all, he has too much potential to simply remain a supporting player on an ensemble series forever, especially since Agents of SHIELD would be better served as a vehicle for other characters like Blade or Moon Knight who deserve a presence in the MCU. But that’s not to say that Ghost Rider should remain shackled by the confines of ABC. The demonic roots in his origin story would be far better suited to another purveyor of original Marvel Studios programming. Lucky there’s a perfect option out there. 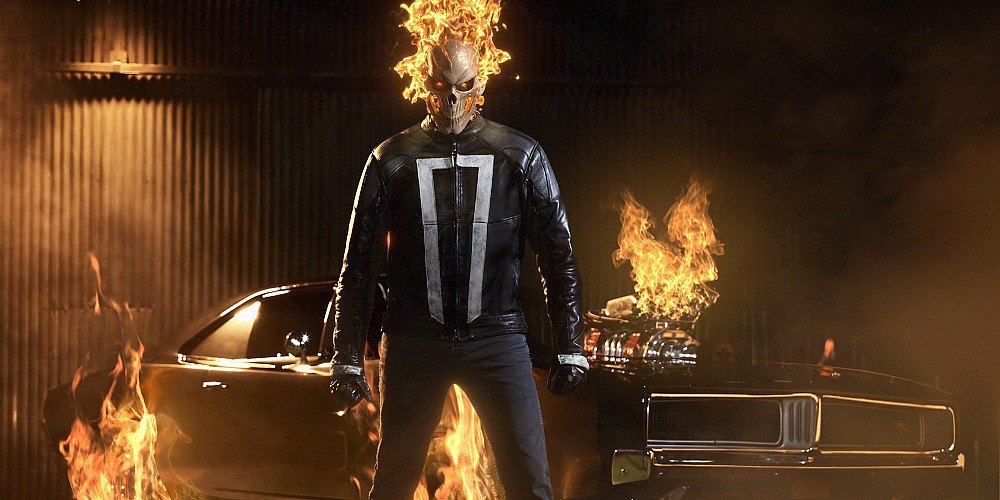 Of course we’re talking about Netflix, which has become the de facto home for ultra-violent Marvel series like the forthcoming Punisher and Iron Fist shows. Adding Ghost Rider to a lineup that already includes those heroes — plus Luke Cage, Daredevil, etc. — puts the Netflix branch of the MCU in reach not only of The Defenders (the team-up miniseries featuring Daredevil, Jessica Jones, Luke Cage, and Iron Fist) but also the darker titles of the now-defunct Marvel Knights imprint. The titular team included many of the heroes we’ve already mentioned, and the run featured a few limited series featuring Ghost Rider himself.

Imagine Ghost Rider roaming the streets in a world where anything is possible. While the character’s propensity for killing doesn’t make him Avengers material, he would fit right in with the more morally complex heroes over at Netflix. Moreover, Luna could easily make the jump, and the fact that the comics included more than one Ghost Rider over the years gives the show plenty of room for expansion. Characters like Johnny Blaze, Danny Ketch, and Alejandra Jones are all fair game to appear at some point.

More than likely, Marvel Studios knew exactly what it was doing by stealthily slipping Ghost Rider into Agents of SHIELD Season 4. The company has proven time and again just how well-planned out the MCU is, and though the division between the films and television shows remains intact (for now), it’s a safe bet to assume Ghost Rider will remain on the small-screen for a long while.