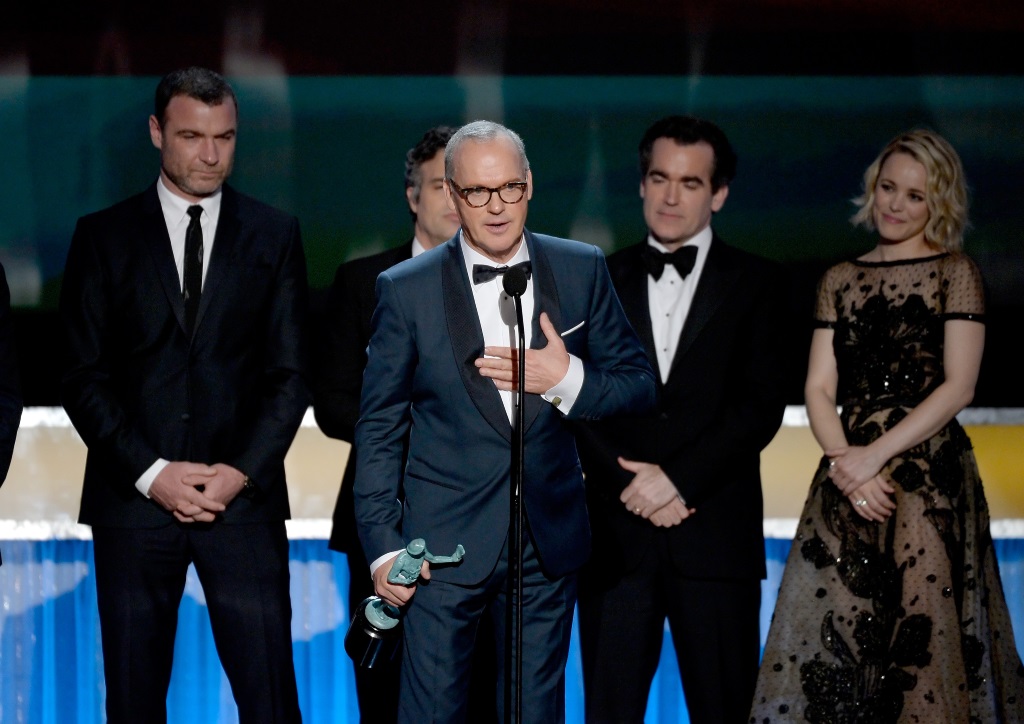 There are less than 100,000 people living in Flint, Michigan. But it seems like these days, this once-booming city and its citizens are all that Hollywood can talk about. Jimmy Fallon tweeted about them. Michael Keaton dedicated his SAG Award acceptance speech to them. Musicians — from Cher to Wiz Kalifa — have pledged monetary donations and supplies to them. And they’re not the only ones rallying behind this blue collar Midwestern town. Sure, celebrities taking on political issues is nothing new — but something feels different about the way that they’re taking on the Flint water crisis.

If this is the first time you’re hearing about this hot button issue, here’s a quick breakdown of events: In April 2014, as part of a cost-savings measure, Flint’s Emergency Manager Darnell Earley approved a deal to switch the city’s water source from the Detroit River to a new authority. But since that source wasn’t ready yet, Earley and other city officials agreed to temporarily switch over to the Flint River.

Despite concerns from residents and environmental advocates, who knew the river had issues with pollution, the switch occurred in April 2014. Within weeks, Flint residents complained about the smell, sight and taste of their water. Independent analysts confirmed the residents’ worst fears – that there were dangerously high levels of lead contamination in their water. But their concerns weren’t formally addressed by officials – including Michigan’s governor, Rick Snyder – until October 2015. Last month, President Obama declared a state of emergency in Flint. And now, the city and the state are struggling to figure out how to move forward.

Though this issue has plagued the people of Flint for more than a year and a half, it has only recently become an international news story. And as word slowly spread across the country – and ultimately the globe – citizens and public figures have shared their outrage about the event.

What is it about the Flint Water Crisis that has captured the public’s attention? And why is it an issue that celebrities on both sides of the political and ideological spectrum have come out to support?

It’s a shocking but sobering example of government’s shortcomings

U.S. citizens, by and large, are aware that many of us have rights and privileges other humans don’t enjoy. And one of those is access to essentials like fresh food and clean water. We’re used to hearing about health crises — Ebola, Zika, famine — in other parts of the world. But when we find out that a serious health crises happened right on our soil, it’s shocking. And when it happened as a result of public officials’ malfeasance or neglect, it seems even worse.

That same feeling — shame and anger at this happening to our fellow citizens — has been echoed by many celebrities that have talked about the Flint water crisis on social media. Some celebrities with roots in Michigan, like filmmaker Michael Moore, have been especially vocal about the issue — and critical of the government officials they feel let it happen. Basketball legend Magic Johnson tweeted that he “can’t believe this is happening in (his) home state”  on January 18. While celebrities like Moore, Mark Ruffalo and Matt Damon have highlighted the political implications of the Flint water crisis fallout, many others have stayed relatively neutral aside from raising awareness about the issue. 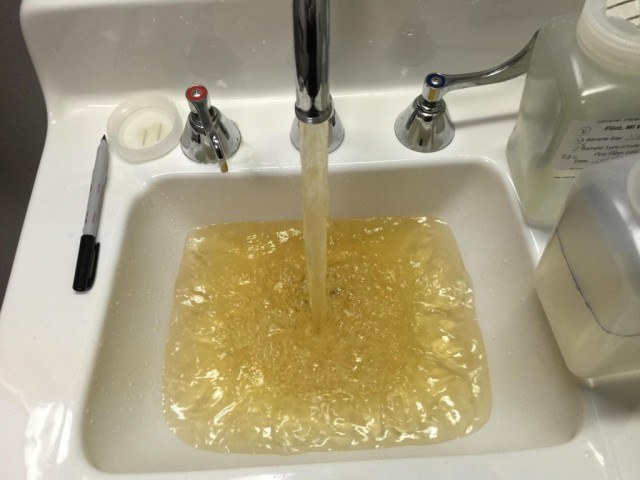 Most of the time, celebrities use their social media accounts and public appearances to plug their latest projects or endorsements. And that’s completely understandable. But it’s also refreshing when they choose to help promote causes or issues that can have a positive impact. Many of the celebrities that have spoken out about water issues in Flint have gone beyond 140 characters or a simple soundbite. Michigan natives Eminem and Madonna, Puff Daddy, Mark Wahlberg, and countless other public figures have donated money or cases of water. And some — including Moore, Snoop Dogg and Empire‘s Jurnee Smollett — have even traveled to the long-suffering town to lend a hand.

But perhaps most importantly, they’ve given their fans and followers the information they need to follow suit. All told, the crisis in Flint has shown the positive power that influential figures can yield. There is plenty to be said about who did what wrong and when in Flint — but those debates don’t help the citizens of a city who still struggle to get clean water every day. By spreading the word about not only the crisis, but the people who need help, celebrities have been able to reach a larger audience — and help rally an entire country around a struggling city.

For more information on how to help Flint residents, visit CFGF.org