Why Idris Elba Should Be the Next James Bond 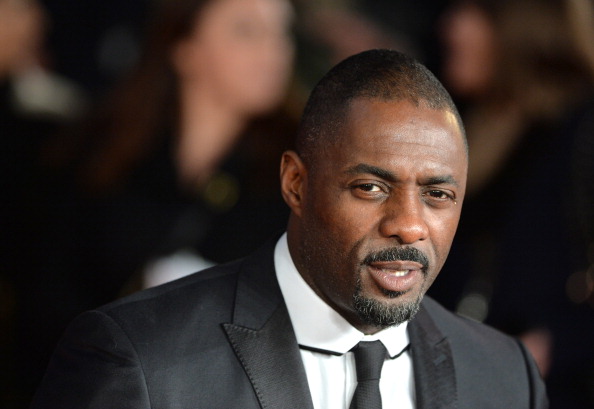 James Bond has long been an iconic role within cinema. As the quintessential super spy, he’s suave embodied, having been played by such luminaries as Sean Connery, Timothy Dalton, and most recently Daniel Craig. But with Craig now going into his fourth Bond movie set to release in 2015, the role isn’t everything he’d dreamed it would be. In an interview with Rolling Stone back in 2012, he intimated as much:

I’ve been trying to get out of this from the very moment I got into it. But they won’t let me go, and I’ve agreed to do a couple more, but let’s see how this one does, because business is business and if the shit goes down, I’ve got a contract that somebody will happily wipe their ass with.

Given the fact that from the very beginning it’s pretty clear Craig doesn’t want anything to do with the franchise, we’re of course left to wonder who would be the next to don the 007 code name. After the recent Sony hack, a leaked email from Sony exec Amy Pascal proposed an interesting solution: “Idris [Elba] should be the next Bond.”

Elba would be groundbreaking in the role for a whole host of reasons. For one, there’s the issue of him representing the first ever black Bond. Fans of the novels could claim that a white 007 is canon, although the Ian Fleming incarnation is half Swiss and half Scottish, so if you’re really splitting hairs no previous Bond has ever been the canonically right ethnicity. The next issue to consider is Elba’s age. At 42, he would represent a decidedly older version of the secret agent, although one could argue a more mature version would serve the franchise well.

In terms of his willingness to take on the role, in past interviews he’s expressed more than a little excitement over the possibility. One fan wondered if he would ever don the tuxedo during a Reddit “Ask Me Anything” with the actor, to which Elba responded “Yes, if it were offered me, absolutely.” Given that he actually wants to be Bond, he already fulfills one more prerequisite than Daniel Craig.

Anyone worrying about Elba’s qualifications can rest easy. Idris got his start back in 2002 on The Wire as Stringer Bell, a role he played so thoroughly well that anyone who watched had just about zero clue his American accent wasn’t real. He followed that up by netting the title role in Luther, a show about a misanthropic British detective that wouldn’t be a far cry from 007. He even gained some big-screen star power in Pacific Rim as the apocalypse-canceling Stacker Pentecost. Elba has more than proved his pedigree, now it’s simply a question of him being given a chance.

There’s no official word on when or if Daniel Craig will end his tenure as James Bond, but given his reticence to assume the role dating back over two years, it’s hard to believe he’ll be staying for long. It certainly helps that Sony higher-ups want Elba for the role, but an email correspondence hardly qualifies as an official offer. Initial reactions throughout the Internet have been largely positive, but who knows what would ensue following an actual announcement? For a character going on his 24th film, rocking the boat may very well be the best way to keep the role new and exciting for audiences who by now have seen it all. Here’s hoping Idris Elba will be the man to do just that.