Why ‘Inside Out’ May Be Pixar’s Next Oscar Winning Movie 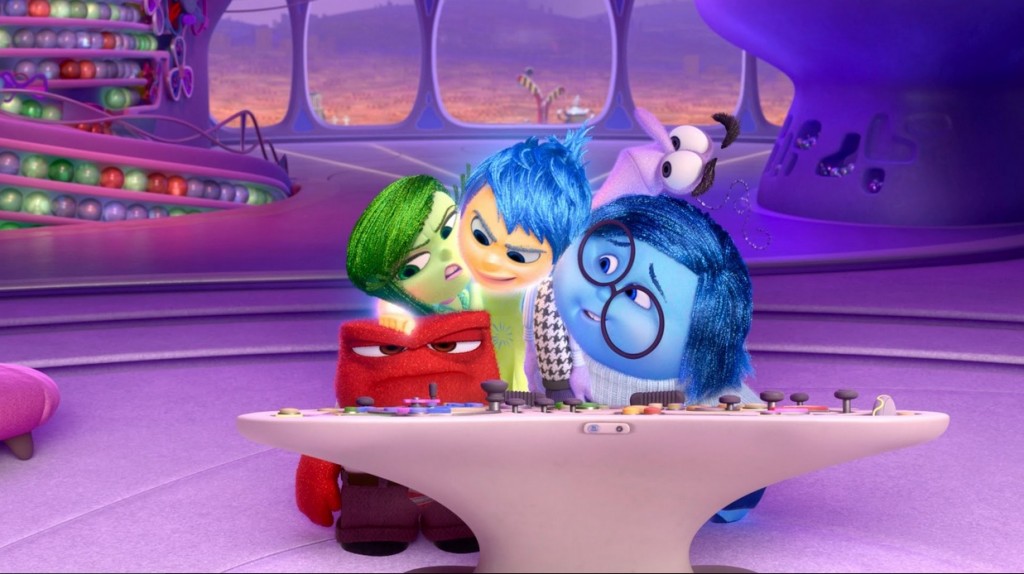 The latest movie from Pixar and Up director Pete Docter promises to return the animation studio to its former glory after a couple years of lackluster fare and will probably make for the company’s next Oscar winner. The highly anticipated Inside Out recently debuted at the Cannes film festival after Pixar pushed its release date back a year for Docter to make changes to the film’s third act. While this resulted in a year with no Pixar releases and then a 2015 with two from the studio, the company’s faith in the director was worth the gamble according to the rave reviews of the movie coming out of Cannes. Critics are saying this is the best Pixar film since Docter’s Oscar-winning tearjerker Up.

Pixar has staked its reputation on quality. The studio’s movies are known for being not only good, but so good that they earn rave reviews and awards every time a new one is released. You can’t read a review of a Pixar movie with the critic commenting on the studio’s ability to appeal to both children and adults with its creatively ambitious films. When a Pixar movie gets mediocre notices, it’s viewed as a disappointment.

And mediocre notices are exactly what the past couple years of Pixar movies have received. While the movies have hardly been panned, the studio hasn’t gotten the raves and awards attention it’s used to since 2010’s Toy Story 3. The Monsters Inc. sequel Monsters University was the last film the studio released, and while it didn’t get bad reviews it was thought to be subpar in comparison with Pixar’s other work.

A similar charge was leveled at 2012’s Brave. That film was plagued by a director change part way through and perhaps hopes that were set a bit too high for the studio’s first film with a female protagonist. Whether or not the movie succeeded in its attempt at a feminist message was debated amongst critics and bloggers. Before that, there was the 2011 sequel to Cars, which has been Pixar’s least successful franchise critically.

Inside Out is being hailed as one of the studio’s best movies yet. The film does a better job of focusing on a young girl than Brave did, following the psychic trials and tribulations a preteen named Riley goes through when her family moves from a small town in the Midwest to San Francisco for her father’s job. The inner workings of her mind are illustrated through characters representing her emotions — Joy, Anger, Fear, Disgust, and Sadness — that staff a control room of her mind. Normally Joy (voiced perfectly by Amy Poehler) is in charge of the happy kid’s brain, but the move causes a big upset in the balance of Riley’s psyche, which is where the majority of the movie takes place. The rest of the voice cast is also spot-on, with Lewis Black doing Anger, Mindy Kaling Disgust, Bill Hader Fear, and Phyllis Smith Sadness.

“Pixar’s 15th feature proves to be the greatest idea the toon studio has ever had: a stunningly original concept that will not only delight and entertain the company’s massive worldwide audience, but also promises to forever change the way people think about the way people think, delivering creative fireworks grounded by a wonderfully relatable family story,” raved Variety out of Cannes. Though there are currently only reviews from the critics who made it to the south of France to see it at the festival, the movie has a 100% rating on Rotten Tomatoes.

Pulling off such an experimental idea was no easy feat, but Pixar chose to have faith in Docter even when he requested that the release date for the movie be pushed back so that he could have time to make changes to the film’s ending. Docter explained to IndieWire about the changes he knew he needed to make to the last part of the movie. After three and a half years of work, he even considered quitting when he realized he wasn’t sure how to handle the film’s climax. Pixar gave Docter the extra time he needed to complete the movie in accordance to his vision, and critics are predicting the studio will benefit from having that kind of faith in their top-notch creative team.

Docter won an Academy Award for Up and has been nominated for work on Wall-E, Monster’s Inc., and Toy Story as well. Inside Out will likely see the director taking home another Oscar, for himself and for the animation studio that could easily be called the best in the world.