Why Is Everyone Comparing Donald Trump to George Bluth in ‘Arrested Development’?

Fox’s Arrested Development remains one of the most beloved TV shows of the new millennium. After the network yanked it off the air in 2006, fans refused to accept that the series would never return. In fact, the loyal following of Arrested practically willed the show back onto the air. (It returned on Netflix for a fourth season in 2013 and a fifth season in 2018.)

Why couldn’t fans get enough of it? Aside from the unbeatable cast and incredible writing, we suppose it’s because the show continues to be relevant. Arrested Development fans find a way to fit a reference into just about everything happening in daily life.

Since Donald Trump became president, there’s been a feeding frenzy with comparisons between the president and George Bluth, the family patriarch played by Jeffrey Tambor. Is it because George Sr. is an egotistical CEO who doesn’t seem interested in family life? That’s part of it, but the fact the elder Bluth spends the show under criminal investigation really makes the comparison work.

One line from George in particular has set the internet ablaze in recent years. When you consider Trump’s public defense in the Russia investigation, it’s almost too perfect.

George thinks he may have committed a bit of ‘light treason.’ 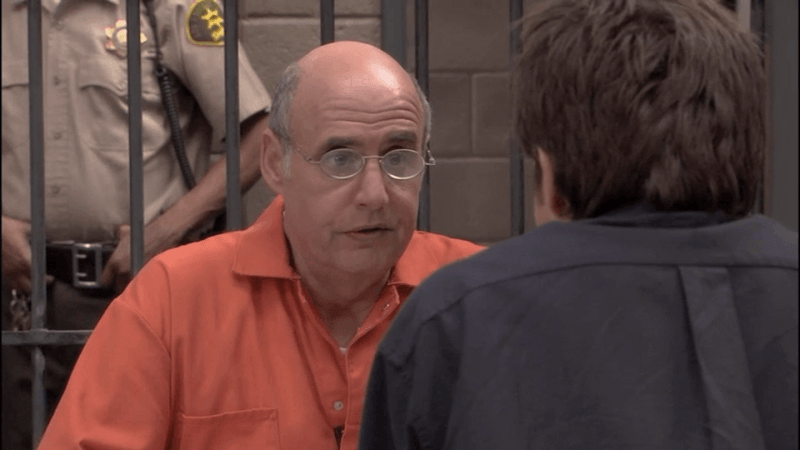 Late in Season One, the audience finds George Bluth stewing in prison while his son Michael (Jason Bateman) notices a connection between a Bluth development and homes someone built in Saddam Hussein’s Iraq. At the time, any American builder working in Iraq would have violated sanctions on the country. (War with the U.S. was imminent.)

Earlier, George had told him, nervously, “There’s a good chance I may have committed some light treason.” So Michael had to confront his father in jail.

Michael: “You’re building houses in Iraq? Do you know how they punish treason?”
George: “First time.”
Michael: “I’ve never heard of a second.”

After months of comparing Trump’s denials with the words of George, Twitter got a gift from the heavens in the form of tweets by the president on November 30 (sent at 6 a.m. from Argentina). At such an early hour, Trump felt the need to respond to his lawyer’s admission that Trump had been in contact with Russia after all.

….Lightly looked at doing a building somewhere in Russia. Put up zero money, zero guarantees and didn’t do the project. Witch Hunt!

The jokes wrote themselves, as they say. Trump was even good enough to use the word “lightly.” That basically sealed the deal for everyone online. 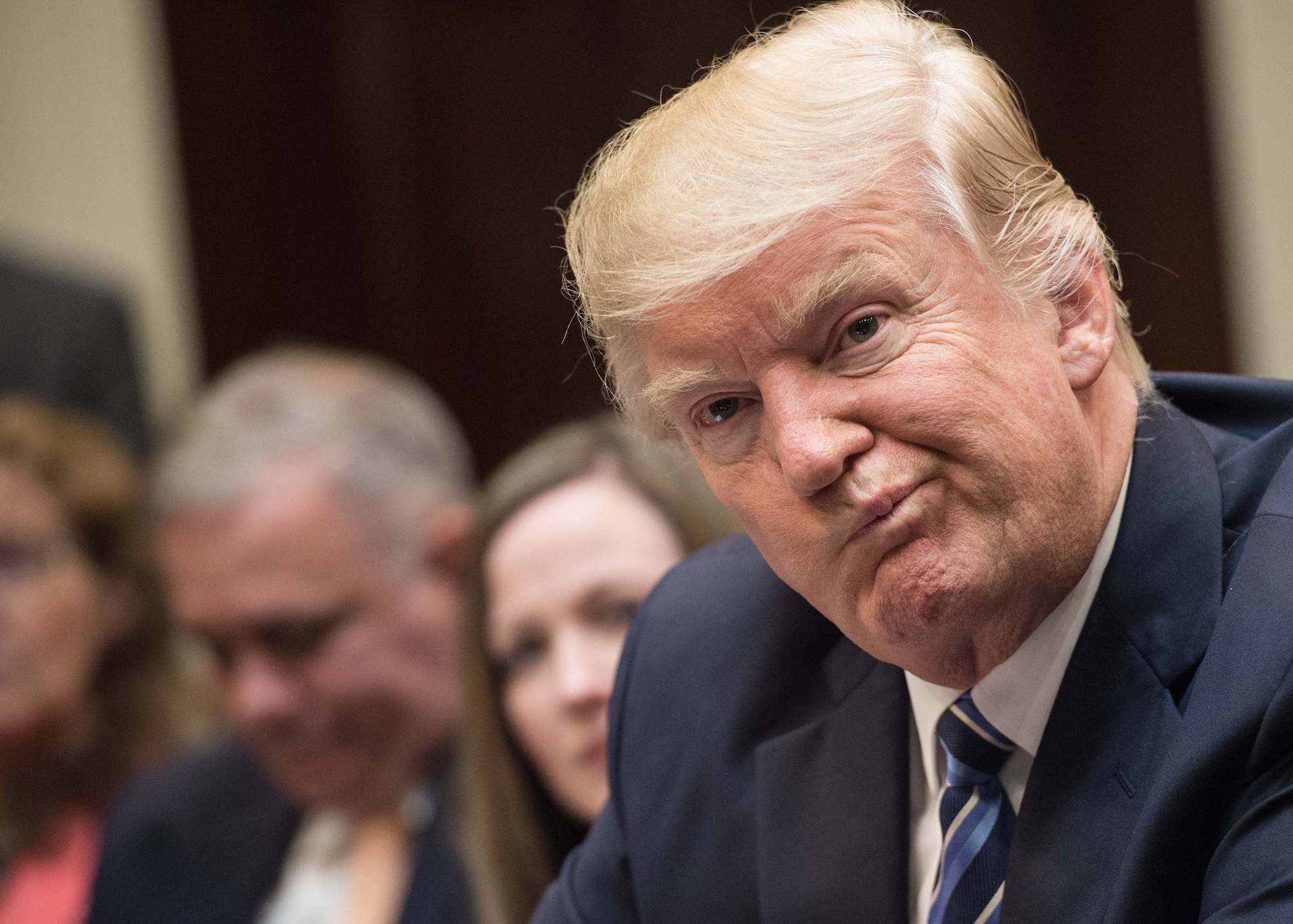 Donald Trump attends a meeting about healthcare in the Roosevelt Room at the White House. | Nicholas Kamm/ AFP/ Getty Images

Though the floodgates opened later, Crooked Media’s Brian Beutler offered up a winner moments after the Trump tweet. (Journalists get up awfully early sometimes.)

Getting comically/uncomfortably close to ‘may have committed some light treason.’

NPR host Peter Sagal had been beaten to the punch by a few hours, but his reaction didn’t differ.

“I may have committed some light treason.” — George Bluth Sr. https://t.co/Up0Fvo5XLP

Loren DeJonge Schulman said it perfectly: “And today for a shining single moment the world came together in harmony with a united George Bluth ‘light treason’ joke.”

Of course, the genius of the line is putting “light” next to “treason” as if it were a side of fries with a burger (or a latte with 2% milk). To borrow a Trump line, do you know what they did to people convicted of treason in the old days?

Warning: It’s much worse than you think. Clarify what the word “entrails” means before clicking the above link.