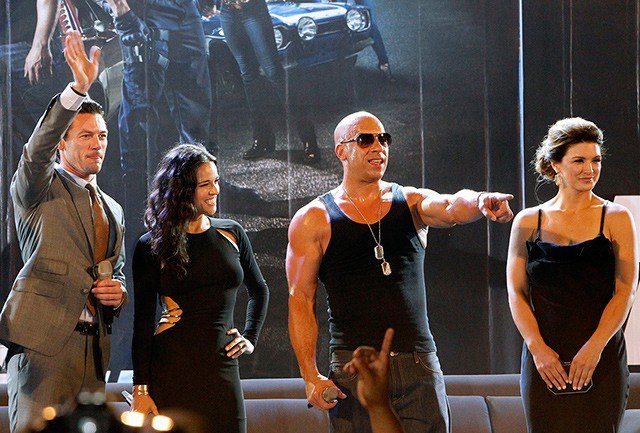 Furious 7 only just hit theaters earlier this month, but audiences are already turning their attention to what’s next for the franchise. With the recently premiered seventh installment raking in big bucks at the box office, speculation over a potential eighth film has seemingly hit a new high. As rumors about the possible return of former characters swirl, we’re left with the question: where does Fast & Furious 8 really stand?

Prior to its premiere, many assumed Furious 7 would mark the last ride for the long-running, car racing franchise, especially following the tragic death of star Paul Walker. With the film becoming such a bonafide hit upon its debut though, it seems there may be no end in sight for the popular action series. Within only its first few days in theaters, the movie grossed a whopping $147.1 million, making it the biggest debut weekend in the franchise’s history. It’s since gone on to earn a total of $406.3 million worldwide, with that number only continuing to rise.

As if its impressive box office performance wasn’t proof enough that fans are definitely still on board with the franchise, Furious 7 has also earned a lot of love critically. In addition to being a huge commercial hit, the film has also generated a widely positive response from both reviewers and moviegoers alike, receiving a perfect A from audiences on CinemaScore and an 83% approval rating on the aggregate site RottenTomatoes.com.

Given how lucrative the film proved to be and the level of enthusiasm surrounding it, it’s no surprise that an eighth sequel is now on the table. But with Furious 7 having provided some pretty solid closure, there’s still the question of where exactly the story will go from here.

In the days since Furious 7’s debut, there’s been plenty of talk about the various possible ways the franchise might continue. Star Vin Diesel recently hinted that The Fast & Furious 8 will be set in New York and involve Kurt Russell’s Furious 7 black ops guru, Mr. Nobody. Further reports speculated the potential return of Eva Mendes’s character, U.S. Customs Agent Monica Fuentes, who first appeared in 2 Fast 2 Furious and then returned for a cameo at the end of Fast Five. So far though, neither rumor has been confirmed.

What we do know is that while Fast & Furious 8 is basically a certainty, no concrete plans have been made just yet. “Honestly, we’re just bathing in the success of [Furious 7],” producer Neal Moritz told THR. “We’ll probably get together in a week or so to talk.”

According to THR, Universal has long since had the thought of making the Fast and Furious a 10-film series, and that idea still stands. But Fast & Furious 8 has a long ways to go before it can start development. Normally, Diesel, Moritz, longtime Fast & Furious scribe Chris Morgan, and a director team up to conceptualize the narrative for each film. At this point though, Fast & Furious 8 has no writer or director attached. James Wan, who directed Furious 7, originally signed a two-picture deal, but was released to make The Conjuring 2. Meanwhile, the franchise’s previous director, Justin Lin, who helmed installments three to six, is currently working on Star Trek 3.

There’s also the matter of the actual cast. Some of the franchise veterans reportedly have expired options and would require renegotiation to return to any future films. Others, like actor Dwayne Johnson, have deals on a film-by-film basis.

Even after these issues are ironed out, there’s the added challenge of finding a way to refresh the series without Walker — while still amping up the stunts and action, of course. Pulling off another satisfying installment will require creativity and a truly enticing storyline, especially after the success of Furious 7. Still, it seems the team is up to task. As Morgan told USA Today, “I think there are definitely more stories to tell.”

While it’ll likely be a while before we get to hear more specifics, fans should stay tuned for news of an official release date sooner rather than later, as that’s typically the studio’s first move.