Why ‘James Bond’ Should Cross-Over With ‘Mission: Impossible’

Spectre, the 24th James Bond adventure, may be bringing in mountains of box office cash, but the film hasn’t made the same kind of impact as 2012 release Skyfall, which saw 007 face off against a maniacal villain played by Academy Award winner Javier Bardem. While its predecessor was able to offer some refreshing new dimension to the Bond franchise, Spectre — despite the presence of another Oscar-winning actor in Christoph Waltz — is being negatively compared to this summer’s Mission: Impossible — Rogue Nation, a critical smash that covers a lot of similar ground as Spectre. Considering the ongoing comparisons between the two and the current trajectories of each franchise, perhaps the time is right for James Bond and Ethan Hunt to come face to face.

As it stands, the Mission: Impossible series has already evolved into the American counterpart to Bond. While Tom Cruise’s Hunt has long been known for outrageous stunts and globe-trotting missions, Rogue Nation brought in even more elements that make introducing Bond into the sequel a smooth transition. Rebecca Ferguson’s Ilsa Faust is precisely the kind of character who would otherwise be dubbed a “Bond girl,” and Sean Harris’s Solomon Lane has all the trappings of a classic 007 villain. The film even centers on a Spectre-esque evil organization known as The Syndicate, a group taken straight from the 1960s Mission: Impossible television series and sets the stage for more international storylines involving other agencies. With Rogue Nation director Christopher McQuarrie reportedly returning to direct the next film, it wouldn’t take a lot of ingenuity to add MI6 to the world of McQuarrie’s M:I-6. 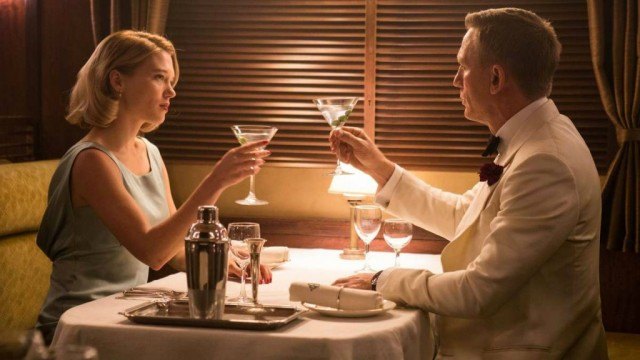 Moreover, many of the criticisms over Spectre center on the film’s over-reliance on familiar franchise tropes, but mashing 007 up with the IMF crew would allow Daniel Craig’s Bond to find his footing with a new group of characters, essentially providing the series with a refresh button that will allow the creative team and audiences to see the character in a fresh light for the first time since Casino Royale. Plus, given that both Mission: Impossible and James Bond have their roots in 1960s espionage, their fanbases and thematic ground naturally overlap, allowing them to push each other into new territory that no previous entry of either series has been able to explore thus far.

As portrayed by Craig and Cruise, Bond and Hunt share similar enough goals in their given profession that they could easily find themselves working on the same case in the first act of a mash-up film before teaming up to stop a mutual enemy. At the same time, their personal philosophies couldn’t be more different, with Hunt far more driven by compassion and Bond the more emotionless and detached of the two. This could result in some interesting character development on both sides, as the men come to blows mentally and even physically over their differences, which threaten to stand in the way of successfully completing their joint mission. Tell us that such a notion wouldn’t be a runaway box office success. 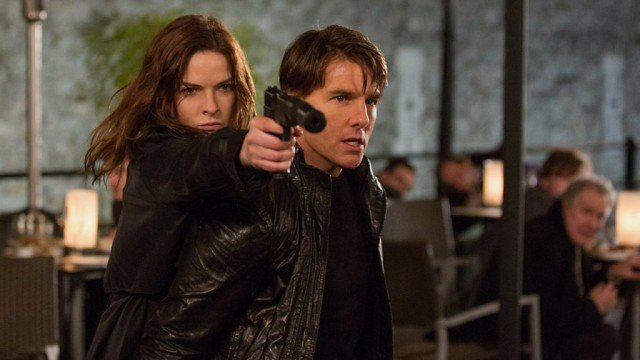 Of course, the idea that the studios behind the two franchises would be willing to swallow their pride and collaborate may seem like a fanciful notion. After all, this is a world where it took a massive disappointment like The Amazing Spider-Man 2 to convince Sony to play nice with Marvel Studios and incorporate the web-slinger into the Marvel Cinematic Universe. Then again, the distribution rights for the Bond franchise are reportedly up for grabs, as Spectre marks the end of MGM’s deal with Columbia Pictures. Although unlikely, there is always the oft-chance that Paramount — which handles the Mission: Impossible franchise — could scoop up the Bond rights and finally bring the two highest-grossing spy film series together at last.

All indications point to this next Bond film likely being Craig’s last in the role, and there’s no telling how long Cruise will stick with the Mission: Impossible franchise, which hits its 20th anniversary next year. Craig has been quite vocal about his frustration in the role of Bond, and at 53 years old, Cruise may not be able to dangle off the side of planes for much longer. So if these two actors are ever going to share the screen in their most iconic roles, now is the time. Hey, if that rumored 21 Jump Street/Men in Black crossover really comes to fruition, perhaps anything is possible.

What are your thoughts on the potential for a James Bond and Mission: Impossible mash-up film? Send me a tweet and let me know!