Why Jason Garrett Is the Most Overrated NFL Coach

Regardless of how the Dallas Cowboys do against the Los Angeles Rams this weekend, it probably won’t change how you feel about their head coach.

Jason Garrett has served as the head coach of the Dallas Cowboys since 2010. Professionals across the industry have sung his praises and noted his ability to connect with his players in a natural way, but while he’s received professional praise, his stats and on-field success don’t match the amount of praise he has received. 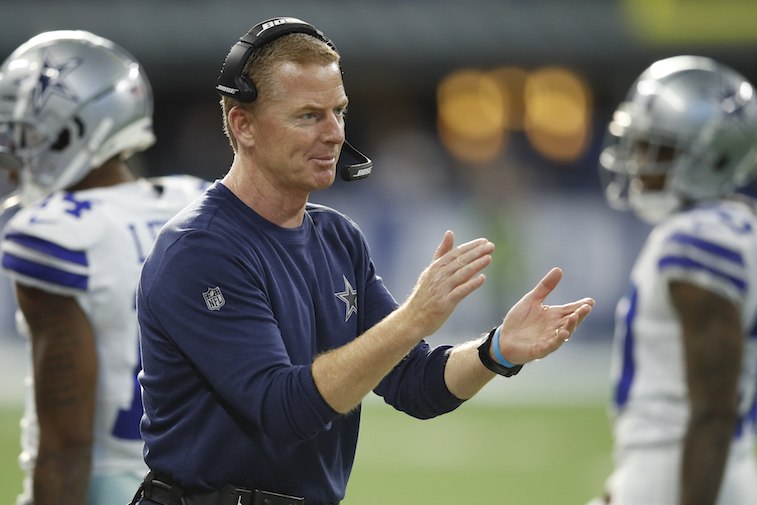 Jason Garrett grew up in New Jersey and Ohio, where he was a well-liked and well-regarded athlete. He began his freshman year at Princeton University as the school’s starting quarterback. During his college career, he passed for over 4,000 yards and 20 touchdowns but was not regarded as an NFL-caliber quarterback.

Garrett was signed for a single year as an undrafted free agent. He never saw an NFL game and was relegated to the practice squad before he was waved in 1990. He played briefly in the Canadian Football League and the World League of American Football, before being signed by the Dallas Cowboys as a free agent in 1992.

Garrett eventually became the third-string quarterback on the team. Garrett went on to play 39 games for the Dallas Cowboys over 8 seasons with the team. Garrett bounced around as a player, first goings to the New York Giants, then landing in Tampa Bay, serving as a backup quarterback for the Buccaneers. Garrett retired as an NFL football player after the 2004 season.

Where has Jason Garrett coached?

His first year with the Cowboys, the team was the 2nd best offense in the league. Several teams looked at Garrett as a potential head coach in 2008 and 2009. He interviewed with both the Falcons, the Ravens, the Lions and eventually the Rams and the Broncos. He, however, stayed on with the Cowboys and was named an interim head coach in 2010.

What is Jason Garrett’s record with the Dallas Cowboys?

Jason Garrett has shown promise as a head coach but has yet to secure the team a spot in the Super Bowl. During his first three full seasons, Garrett led his team to an 8-8 record, although they missed the playoffs all three years. By 2014 the team hit their stride, cruising through the regular season with a 12-4 record, ranking first in their division.

2015 was a lost year with the team’s quarterback Tony Romo suffering a season-ending injury. The team won just three games. 2016 brought success with the team winning 13 regular season games, but falling to the Green Bay Packers in the divisional championship matchup (Dez caught it). The team has a chance in 2018 to make things right after beating the Seahawks in the playoffs.

Garrett was featured heavily in “All or Nothing: The Dallas Cowboys”, a television mini-series. And viewers either walked away thinking Garrett was a great coach or thinking he was heavily overrated. The polarizing views truly come down to what parts of the show viewers focused on. In some respects, Garrett has an innate ability to design teams that have great chemistry. His play calling is particularly revolutionary, and he has worked diligently to craft offenses that can score points without being overly showy.

On the other hand, players have criticized the NFL coach for being rigid and playing favorites. Dez Bryant, the team’s former star receiver, has been particularly critical of Garrett. Bryant was released after he failed to fall in line with the coaching style or develop chemistry with quarterback Dak Prescott.

Whether or not Garrett is overrated remains to be seen. How he handles the 2018 postseason however will offer a full picture.