Why ‘Jessica Jones’ May Be a Huge Deal for Marvel Studios

Earlier this year, Marvel unleashed the first series in its long-term contract with Netflix. Daredevil won over audiences with its high production values, intricately woven plot, complex characters, and reverence for the source material. However, this fall, Marvel is taking a far riskier move with the release of its second Netflix series, Jessica Jones.

Introduced in 2001, the character — who will be played on the show by Krysten Ritter (Breaking Bad) — is a former superhero who opens up her own detective agency, named Alias Private Investigations. Sharing some similarities to a series like Angel, that premise seems tailor-made for a television show. However, the character’s comic book series, appropriately titled Alias, could rival Guardians of the Galaxy and Ant-Man as the most obscure title Marvel has dared to adapt for live action. Even more worrisome, its success or failure could prove to be pivotal for the company in many respects. 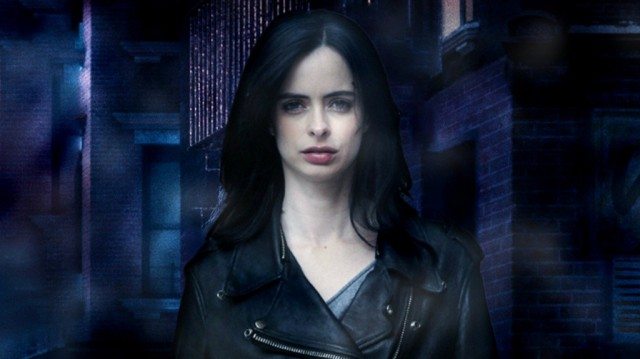 To date, Marvel has been roundly criticized for its lack of prominent female heroes. Despite several fan-favorite appearances, Scarlett Johansson’s Black Widow has yet to receive a lead role in her own film or Netflix project. While Chloe Bennet has emerged in an even more central role as Skye/Daisy Johnson on Marvel’s Agents of S.H.I.E.L.D., the truth is that only Hayley Atwell’s turn as the titular Agent Carter in that 1940s-set series remotely qualifies as a female-driven project. Only Jessica Jones has so far given Marvel the opportunity to focus on a modern woman.

Moreover, Jessica Jones reportedly doesn’t shy away from the character’s torrid relationship with fellow superhero Luke Cage (Mike Colter), who is set to headline his own show next year. If that proves true, then the series gives Marvel the chance to depict one of its rare female heroes as a sexual being. After all, both Black Widow and Agent Carter have been relegated to unrequited romances in Avengers: Age of Ultron and Captain America: The First Avenger, respectively. So the opportunity to provide a fuller picture of Jessica Jones as a real woman in today’s world could certainly affect fans’ perception of the studio’s ability to accurately represent its female fans onscreen.

In fact, the way Marvel handles Jessica Jones could be a strong indicator of just how well-prepared the studio is to finally deliver its first female-led film with Captain Marvel in 2019. DC and Warner Bros. are already going to beat their competitor to that milestone with the 2017 release of Wonder Woman, a character who will first be played by Gal Gadot in next year’s Batman v Superman: Dawn of Justice. Jessica Jones is really the last chance Marvel has to establish a strong foothold on its female characters before DC throws its own marquee heroine into the ring.

Conversely (and perhaps most importantly), the success or failure of Jessica Jones could hold great influence over the future of female-driven Marvel projects, especially given the mixed response that Agent Carter received from critics when it debuted this past summer. If the show fails provide a worthy follow-up to Daredevil, the studio may be far less willing to pursue similar projects going forward, believing that their core audience has little interest in seeing a woman kick ass. It may be up to Jessica Jones to attract the audience the studio is hoping for and save the future of female-led films and television series over at Marvel. Here’s hoping the new show delivers both for fans and Marvel Studios alike.