10 Reasons Why Joey Is the Best Character on ‘Friends’

Friends fans know the show would be nothing without the relationships between Chandler, Ross, Rachel, Monica, Phoebe, and Joey. But while some argue that Rachel is the best character on the show, others prefer Phoebe’s out there personality. That said, there’s one character almost any fan of the show can agree on: Joey. He might not be anyone’s lobster, he might not make up hilarious coffee shop songs, and he might not have a secure job, but he is one of the most loyal characters on the show. We share the top ten reasons why Joey is the best character on Friends, ahead. 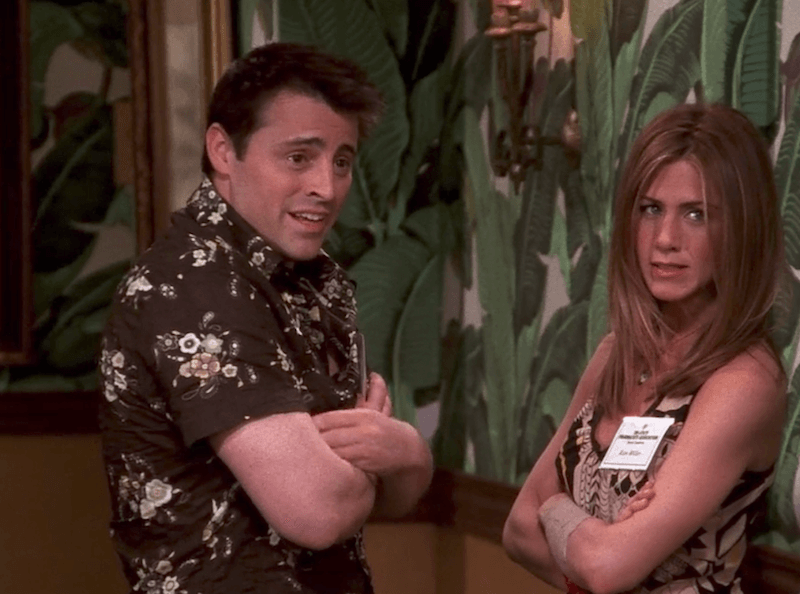 Friends fans know Joey is the best character on the show. | NBC via Netflix

Why Joey is the best character on ‘Friends’

Joey is more than just an actor with a knack for picking up ladies. He’s sweet, caring, and loves his friends as if they were his own family. Here’s why some fans think Joey is the best character on Friends.

1. His love of sandwiches is so relatable

Everyone loves a good sandwich — but not nearly as much as Joey. Although he tends to get a little possessive with his food (especially sandwiches), we can’t blame him.

Joey might not always understand what’s going on, but when he does he can keep a tight lip. Case in point: After finding out about Chandler and Monica’s relationship, Joey managed to keep his friends’ love affair a secret until Rachel found out and confronted him about it. It was really hard on Joey, but he did it because he is such a good friend.

Although he might seem like he doesn’t care, Joey is a very sensitive and sentimental guy. That’s especially true when it comes to his friendships with Chandler, Ross, Phoebe, Monica, and Rachel. His sentimental side showed when he purchased a friendship bracelet for Chandler as a thank you for his support.

After Chandler fell in love with his ex-girlfriend Kathy, Joey was pretty upset about it. He even made Chandler sit in a box to think about what he did. However, after realizing how much the two cared about each other, Joey put his feelings aside and let his friend be happy.

5. He gave up meat for Phoebe

6. He ate meat for Rachel

After Rachel accidentally made a Shepherd’s pie trifle cake, Joey didn’t think twice about eating it. Even though he didn’t do it to make her feel better — he genuinely thought it was delicious — he still was there for her friend during a major faux pas.

While he might act childish at times, Joey always does the selfless thing. Case in point: Even though it was hard for him, he let Emma have Hugsy, his favorite stuffed animal.

8. He saved the trees

After Phoebe learned what happens to the dead Christmas trees at the tree lot, she was so upset. Joey did what Joey does and bought all them so they wouldn’t end up in the chipper — a fate that was very disturbing to Phoebe.

9. His pick-up line is the essence of his character

“How you doin’” is probably the worst and best pick-up line of all time. So, it’s fitting that Joey uses it as a universal way to pick up women. And while his go-to phrase could very easily turn fans against his character, there’s something so fitting about the line that makes us love him even more.

10. He’d do anything for his friends

No matter what happens, Joey is an amazing friend and would do anything for Ross, Rachel, Chandler, Monica, and Phoebe. He often goes out of his way to be there for his friends and epitomizes what it means to have friends that are like family.