8 Reasons Why Joey Was Better for Rachel on ‘Friends’

Ross might be Rachel’s lobster, but some fans argue Joey was better for Rachel on Friends. Which is why even nearly 15 years after the show ended, some are still upset that Rachel got off the plane. Regardless of your stance on Joey versus Ross, it’s hard to deny the chemistry between Rachel and Joey — and even more difficult to ignore the way he cared for her throughout all phases of their relationship. Curious to know what fans really think of their relationship? We share 8 reasons why Joey was better for Rachel on Friends, ahead. 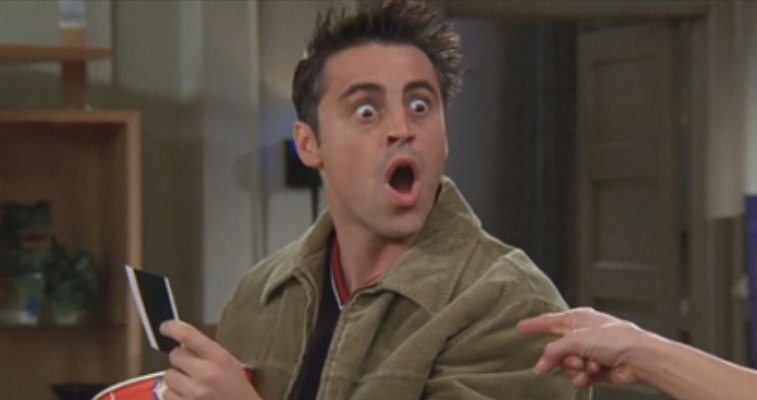 There are many reasons why Joey was better for Rachel on Friends. | Warner Bros.

1. They are best friends

Being friends first is important to some couples, which is why some fans argue that Joey was better for Rachel on Friends. Rachel and Joey had a long friendship history before they had a romantic interest in each other and, although it didn’t work out in the end, that foundation could have made them a strong couple.

2. Joey accepts Rachel for who she is

Acceptance is one of Joey’s biggest strengths and that shines through in his friendship and brief relationship with Rachel. From day one, Joey accepts Rachel for who she is and loves everything about her. That right there is key to a successful and healthy relationship.

3. He didn’t let his feelings ruin their friendship

Rachel and Joey have had a strong friendship since day one. And, despite Joey’s feelings for Rachel, he didn’t let them get in the way of their friendship. On the other hand, Ross has a really hard time being Rachel’s friend from the beginning. Despite writers’ efforts to showcase them as a “friends first” relationship, Ross has had feelings for Rachel since high school and doesn’t want to be just friends with her.

Joey might not share his food, but when it comes to all other things he is selfless and giving. He shows this trait to not only Rachel but also her daughter, Emma.

It’s no secret that Joey is a good friend, but he is especially great to his female friends. One of his best qualities? He is protective. Throughout the series, he offers Rachel his support and protective mannerisms, proving he cares about her.

6. They have fun together

In a lot of ways, Joey and Rachel are similar — especially when it comes to having fun. The two are easily amused and always up for a good time.

Whether it’s Ross or Rachel, Joey always stands up for what Rachel wants — because he actually knows what she wants. Unlike Ross (who’s jealously nearly sabotaged Rachel’s career), Joey always stood up for his friend’s interests and wanted her to be happy … even if it meant sacrificing his own feelings. On several accounts, Joey stood up for his friend’s wants and needs in conversation with Ross, proving he’s not just an amazing friend, he’s an excellent partner, too.

8. He took Rachel on a fake date

While a fake date in almost any situation is a bad thing, this one was actually really sweet. And, it was when Joey realized he had real feelings for her. Joey was always supportive of his female friends on the show and taking Rachel out because she missed going on dates while pregnant was a nice gesture towards his best friend.