Why Liam Neeson’s Return to Action Is a Good Thing 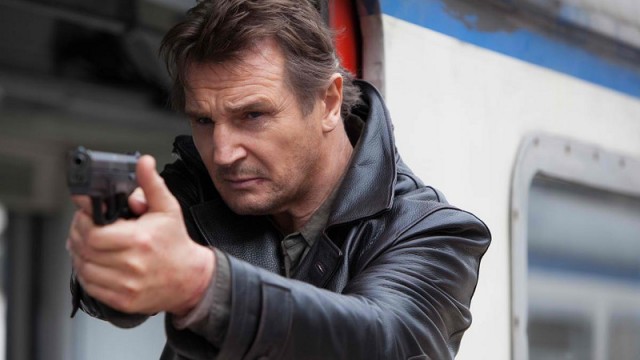 Ever since the unexpected success of 2008’s Taken, Liam Neeson has been mining his renewed popularity as an action hero. Besides reprising his role as ex-CIA agent Bryan Miller in two sequels to the highly successful Taken, Neeson has also portrayed similarly intimidating characters in several other action films over the past several years. In 2014’s Non-Stop, a film that many movie fans referred to as “Taken on a plane,” Neeson played an ex-police officer who foils a terrorist plot.  In A Walk Among the Tombstones, he portrayed an ex-cop who is trying to solve a ghastly murder.

So perhaps it should come as no surprise that yet another role requiring Neeson’s “very particular set of skills” is in the works. According to The Hollywood Reporter, the actor is in final negotiations to star in A Willing Patriot, an action thriller to be directed by Martin Zandvliet. Zandvliet, a Danish director who recently completed a World War II drama called Land of Mine, may be best known for 2009’s critically acclaimed drama Applause. The script for A Willing Patriot was written by Jason Keller, whose previous writing credits range from the action thriller Escape Plan to the comedy fantasy Mirror Mirror.

In the film, Neeson will play an ex-CIA agent — sound familiar? — who tries to foil a terrorist plot. And judging by the movie’s title, he does it willingly. “Liam Neeson is one of the defining actors of our generation and audiences will love him in this role,” said producer Marc Butan, according to THR. “After seeing Martin’s new film Land Of Mine, we knew he was an incredible storyteller and the perfect match to collaborate with Liam.”

With his ability to play roles ranging from the heartbreakingly dramatic (Oskar Schindler in 1994’s Schindler’s List) to the hilariously raunchy (Clinch Leatherwood in A Million Ways to Die in the West), calling Neeson “one of the defining actors of our generation” is no exaggeration. On the other hand, considering that Neeson has spent most of the past seven years portraying what is essentially the same action hero character in slightly different settings, some critics have asked whether this versatile actor is wasting his talents by repeatedly returning to the shoot-‘em-up genre. Is he? Not by a long shot.

While Neeson’s 30-year-plus acting career shows an impressive amount of variety, it also reveals that he has previously gone through phases when he played similar types of roles in multiple movies. It’s worth noting that no one complained about Neeson wasting his talents when he acted in a string of historical dramas in the 1990s. In other words, the criticism directed at Neeson’s recent movie role choices is probably more about snobbery toward the action movie genre than it is about concerns that he is becoming repetitive.

And anybody who’s worried that Neeson’s many action flicks are turning him into some kind of clichéd action superstar obviously haven’t been paying attention to his other recent acting trend: comedy. When he’s not busy saving the world from terrorists, murderers, and human traffickers, Neeson has been making people laugh with roles in films like The Nut Job, The Lego Movie, A Million Ways to Die in the West, and the upcoming Ted 2.

The split personality, bad cop/good cop character that Neeson plays in The Lego Movie could even be regarded as a sly commentary on his current acting choices. One minute the character is a gravelly voiced “bad cop” throwing furniture around, and the next he’s a chipper “good cop” who’s happy to help any way he can. So relax, critics. Neeson is still an enormously talented actor who is just as capable as making us laugh in a comedy movie as he is at making us wince by breaking some bad guy’s arm in an action movie.

And while it’s unlikely A Willing Patriot will garner Neeson any Academy Award nominations, the box office receipts for even the weakest of his recent action movies suggests that audiences are still more than willing to pay to see Neeson punch a deserving bad guy in the throat. Even Taken 3, the final installment in the action series that earned a dismal 9% approval rating from the critics at Rotten Tomatoes, was still a resounding commercial success with nearly $326 million in worldwide gross, according to Box Office Mojo.

Fans of Neeson’s more dramatic work can also take heart knowing that the actor is currently shooting Silence, a Martin Scorsese-directed film about two Jesuit priests who are persecuted for their religious beliefs when they travel to 17th century Japan. In the meantime, sit back and enjoy the spectacle of Neeson kicking butt once again.