Why ‘Moana’ Is the Most Important Disney Movie in Decades 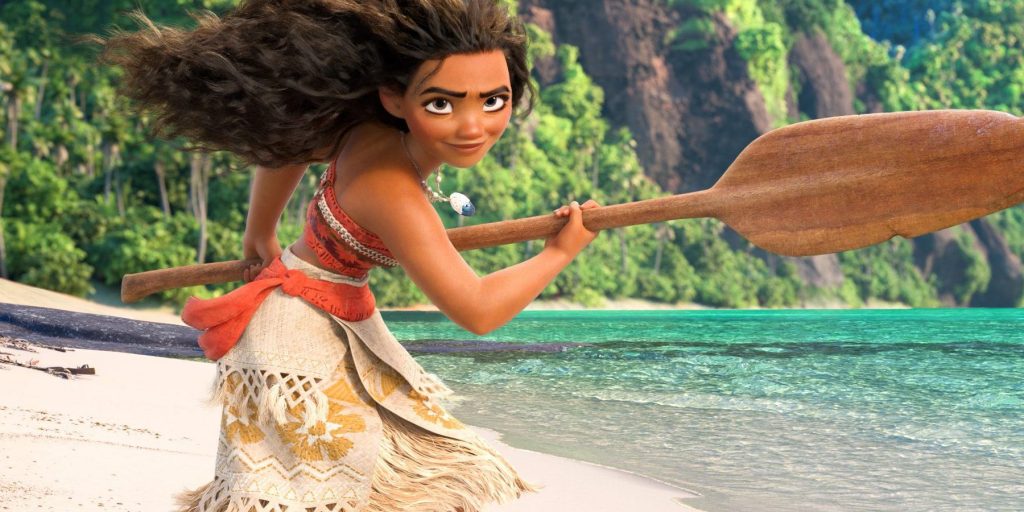 Man, what is there to say about Disney’s latest crop of animated movies. There’s nary a flop to be found from the studio in recent years, whether it’s from Pixar or their more traditional in-house operation (both run by John Lasseter). Hell, even Finding Dory, a movie that was largely a retread of its predecessor, was still a head and shoulders above your run-of-the-mill Angry Birds-esque competition. Then along came the early-2016 release of Zootopia, a subversive post-racial narrative hiding in a film of cartoon animals. Suffice it to say, Moana had its work cut out for it following Zootopia in 2016.

Moana exists largely in the realm of your typical Disney princess stories. It’s even replete with the “young girl longs for adventure but is limited by her status” motif shared by the likes of The Little Mermaid and Mulan. But what Disney manages to do with Moana goes far beyond that, addressing many of the most prominent criticisms of the genre. As AV Club puts it, “despite some diverse cartoon faces over the past two decades, the default design tends to be skinny and white.” Here though, we have a princess who hails from the Pacific Islands, leading a story that celebrates every facet of the rich Maori culture (and interestingly enough, sans a love interest).

We’ve come a long way since Aladdin‘s less-than-culturally-sensitive depiction of the Middle East, and in the interim, Disney made little progress toward amending that problem. 2016 marks the start of a new era: one where Disney isn’t simply getting with the times, but jumping out ahead of them.

The basic story follows our titular princess (voiced by newcomer Auli’i Cravalho), who is the chief’s daughter and heir to the chieftain of her small island’s tribe. In keeping with your classic Disney narrative, there’s a strict “no leaving the island because the world is a dangerous and scary place” rule, a la King Triton circa The Little Mermaid. But unlike Triton, the fear of the unknown isn’t simply an oppressive obstacle to overcome. Rather, it’s one rooted in the trauma experienced by Moana’s own father, as well as tribal traditions that go back generations.

As the island begins to literally die (coconuts are rotting, fish are gone, everything is terrible), Moana must set out on a journey to find the demigod Maui (Dwayne Johnson), and restore the ocean to its original splendor. It carries all the trappings of a Disney-appropriate hero’s journey, and yet still, it operates as an exciting evolution of that concept. Moana is the required amount of adventurous and bold, but carries a subtle insecurity you’d expect from any young girl with the fate of her entire tribe resting on her shoulders. Maui, while a legendary Maori hero in his own right, carries a massive chip on his shoulder that plays into much of his chest-puffing bluster.

The abundance of well-rounded and complex characters feeds into the idea that this is the next step for Disney’s pantheon of princess movies. Even Moana’s requisite animal sidekick bucks the prevailing clichés of the genre, as a chicken more apt to choke on a rock than be of any real use to our hero. That all being so, you could draw parallels to previous Disney movies virtually everywhere in the story. The thing is, each parallel is accompanied by a “yes, but … ” qualifier, explaining the key ways in which Moana is decidedly different.

2016 has been a year of massive growth for Disney’s animation house. Between Zootopia and Moana, we have two instant hits aimed at young audiences, that are championing culturally relevant and complex themes. The line between Pixar and the studio’s other animated films continues to blur in the process, and the result has been nothing short of spectacular. While other studios are content with talking animals and rote pop culture references, Disney is focused on making it so their animated offerings transcend their release dates.

In the case of Moana, we get a perfect marriage of the old and the new. Yes, on a base level she’s a princess with an animal sidekick on an adventure to save her people (something Maui himself even makes note of in a particularly meta exchange). But once you peel away that layer, there’s a vast, rich narrative that’s impossible to ignore. Factor in some truly gorgeous work by Disney’s talented animators along with a song that could very well be 2016’s “Let It Go,” and it’s not hard to see why these movies appeal to such a wide audience.

People forking over $13 for a movie ticket nowadays are demanding more from the studios that churn out their entertainment. A year filled with disappointing box office numbers from major releases has taught Hollywood a valuable lesson about the correlation between bad movies and poor turnout. That applies doubly for animation, where even kid-centric stories require some level of nuance. Moana has that in spades, and it’s exciting to say the least.