Was It Really About Viewers? Why Netflix Canceled ‘Iron Fist’ and Luke Cage’ 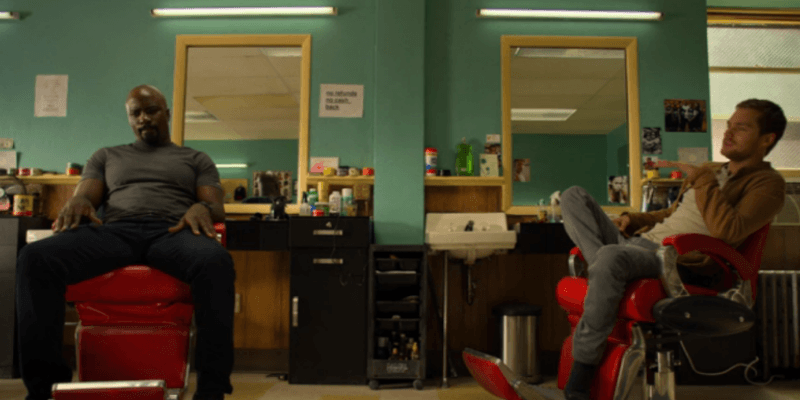 Netflix was certainly on a streak building its own Marvel Universe. But it looks like it has cut the universe down by canceling Luke Cage and Iron Fist. The streaming platform is very secretive when it comes to viewer numbers so there are many questions about how the two shows performed. So why did they get canceled?

Business Insider is reporting that Crimson Hexagon has tracked the social media performance around the two shows. Apparently, there is a noticeable drop between the shows’ first and second seasons.

Luke Cage reportedly had over 300,000 Twitter and Instagram posts about it in Sept. 2016. That number dropped to less than 50,000 posts in June for its second season. Iron Fist also experienced a significant drop from almost 120,000 posts on Twitter and Instagram when it debuted for its first season. That number dropped to peak at less than 20,000 the second season.

This definitely could give some insight into why the two shows won’t be back for a third season. But what do the numbers say about the remaining shows that moved beyond their first season, Jessica Jones and Daredevil?

Jessica Jones also had a drop, but Daredevil is staying strong

Jessica Jones and Matt Murdock are safe for now. But how do their social media numbers differ from their canceled counterparts? Business Insider reports that Jessica Jones had nearly 300,000 posts on Twitter and Instagram around its first season. But it raked in half of that the second time around.

Daredevil is doing the best by getting nearly 275,000 posts its first season, over 200,000 posts for its second, and around 75,000 by halfway through Oct. The third season premiered Oct. 19 so it still has time to grow.

Netflix didn’t give a reason for the cancellations

The announcement of the cancellations didn’t really give a reason. “Marvel’s Iron Fist will not return for a third season on Netflix,” said Netflix according to Deadline. The end of the announcement and the fact that other Marvel shows are still alive does give a hint that fans might see Danny Rand again. “While the series on Netflix has ended, the immortal Iron Fist will live on.”

The announcement around Luke Cage also left out a reason. “Unfortunately, Marvel’s Luke Cage will not return for a third season,” Marvel and Netflix said according to Deadline. “Everyone at Marvel Television and Netflix is grateful to the dedicated showrunner, writers, cast and crew who brought Harlem’s Hero to life for the past two seasons, and to all the fans who have supported the series.”

Fans tried to come up with other reasons for the swift cancellations. It’s known that Disney is ramping up for its own streaming service. Since Disney now owns Marvel maybe they are starting to cut ties with other streaming platforms. But that is just a rumor.

Other fans thought this could mean Netflix is making room in its budget for other Marvel shows like Heroes for Hire. That would focus on Luke Cage and Danny Rand, but this doesn’t seem likely if the drop in social media posts about the two shows are any look into how the shows performed.

Netflix might never come forward with an answer to the burning question of why it pulled the plug on Luke Cage and Iron Fist. But there is still a chance we will see the characters in its universe again.