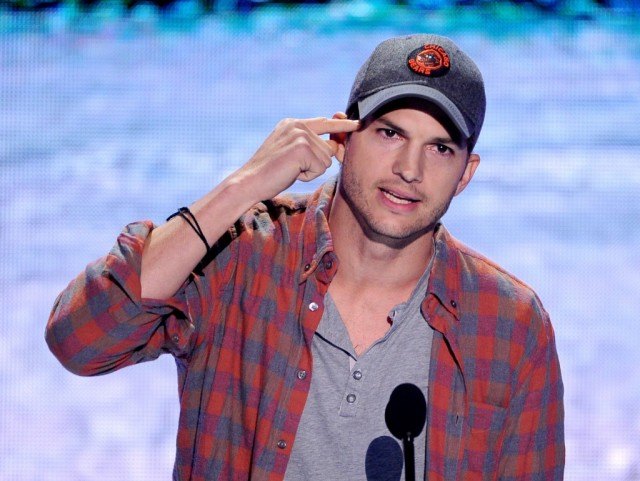 Ashton Kutcher is reuniting with his That ‘70s Show co-star Danny Masterson, thanks to Netflix. The actors are teaming with the streaming service for a new comedy series, entitled The Ranch.

Set on a Colorado ranch, The Ranch is a sibling comedy that follows Kutcher’s character as he returns home after a brief semi-pro football career. After he returns, he begins running the family business with his brother, played by Masterson. The show will mark Netflix’s second original multi-camera comedy, following its developing Full House follow-up, Fuller House.

Per Deadline, Netflix is finalizing a deal for a straight-to-series order for the show. The series will reunite Kutcher with Two and a Half Men showrunners, Don Reo and Jim Patterson. The duo wrote the upcoming comedy and will also serve as executive producers. Kutcher and Masterson, who have stayed in touch following the end of Fox’s teen comedy That ‘70s Show, will produce as well.

Speculation that Kutcher would be starring in a new sitcom first started up just as Two and Half Men began approaching the end of its 12-season run on CBS. According to Deadline, Two and Half Men creator Chuck Lorre was initially rumored to be involved, but he ultimately didn’t join the project. The Ranch began coming together with Reo and Patterson on board a few months ago.

Netflix will reportedly be taking a different approach to The Ranch’s release than it has with its other original shows. The Internet TV service won’t make an entire 13-episode season available for streaming all at once, as it has usually done with dramas and half-hour comedies alike. Instead, the first season of The Ranch will consist of a total of 20 episodes, to be released in two separate batches. The show will air 10 episodes at a time, twice a year.

For Netflix, the slightly altered release schedule for The Ranch is meant to add elements of the broadcast model (in which full seasons usually consist of 22 episodes) while still maintaining its binge-watch friendly format. This isn’t the first time that the streaming service has experimented with its release method. It previously used a modified premiering schedule for the kids animated series All Hail King Julien, which kicked off with five episodes, followed by additional installments. Meanwhile, the drama Between, which premiered earlier this year, only doles out one episode per week, like traditional network television.

Though Netflix is best known for innovative, critically acclaimed scripted series, like Orange is the New Black and House of Cards, the service has been increasingly diversifying its list of titles and taking on a more wide-ranging set of original shows. It recently added the comedy Grace & Frankie and the multi-camera sitcom Fuller House.

The Ranch is its latest more lighthearted series. With Kutcher, Reo and Patterson all on board, the show will likely appeal to fans of long-running CBS sitcoms, like Two and a Half Men and The Big Bang Theory.

Kutcher is only the latest notable name to join the Netflix family. The streaming service has already recruited Kyle Chandler, Jane Fonda, and Krysten Ritter among others for its various original scripted series. On the feature side, the company recently struck a deal for a new, high profile movie with Brad Pitt. Adam Sandler, Jamie Dornan, and Idris Elba are all starring in different Netflix-exclusive films over the next year as well.

Audiences will have to stay tuned to see if Kutcher and Masterson’s The Ranch will earn as positive a reception as other Netflix originals have. The show is reportedly set to debut sometime in 2016.