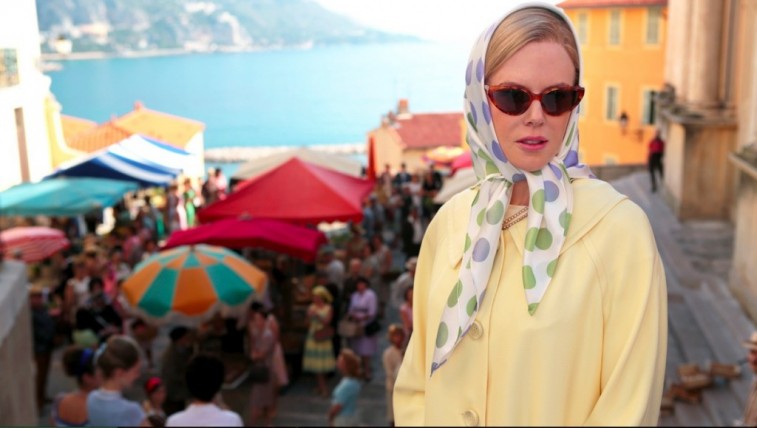 The Weinstein Company’s star-studded Grace Kelly biopic with Nicole Kidman playing the Hollywood legend and real-life princess should have been a huge motion picture event and a major awards season contender. Now, after premiering out of competition at the Cannes Film Festival last year and garnering horrible reviews, it has been announced that the movie will debut not on the big screen, not on a premium network like HBO, but on Lifetime, a network with a reputation for making terrible biopics. Deadline has reported the news that Grace of Monaco will get its U.S. release on the network known for its campy dramas and offensive unauthorized celebrity biopics. How did this happen?

Grace of Monaco premiered at last year’s Cannes to truly scathing reviews after many were excited to see Kidman’s take on the acclaimed star of Hollywood’s Golden Era. The movie currently has a 9% rating from critics on Rotten Tomatoes and a 21 Metascore on Metacritic, both indicating terrible consensus from the aggregated reviews.

The movie shows Kelly’s transition from Hollywood actress and muse to Alfred Hitchcock, to member of European royalty through her marriage to Prince Rainier of Monaco. The movie follows their marriage and her struggles with identity in 1962 as he goes through a dispute with France’s Charles de Gaulle, and she considers going back to Hollywood to make Marnie with Hitchcock. During that period in history, Kelly supported Rainier while Monaco negotiated tension with France and the country drafted a new constitution so that it would no longer simply be a tax haven for wealthy French people.

The royal family of Monaco and Kelly’s own children released a statement protesting the film before it was even released, saying the screenplay represented many factual inaccuracies and that the movie could not be called a biopic. The royal family said they made “numerous requests for changes” to the film that were ignored in a statement seen by The Telegraph. “It recounts one rewritten and needlessly glamorised page in the history of Monaco and its family with both major historical inaccuracies and a series of purely fictional scenes,” they added.

The royal family of Monaco got the best they could’ve hoped for when the reviews from Cannes came in. “It is a film so awe-inspiringly wooden that it is basically a fire-risk. The cringe-factor is ionospherically high,” said The Guardian.

The Playlist said, “it’s something of a disaster: rarely competent, unintentionally hilarious and borderline reprehensible in both its politics and its take on gender roles.” Almost no critic had anything good to say about the movie and it was only released in theaters overseas.

What ruined the movie, according to Deadline, was battles between The Weinstein Company and the film’s director Olivier Dahan over different cuts of the film. Additionally, the royal family of Monaco was none too happy over the movie’s depiction of the romance between Kelly and Prince Rainier, and actively protested the film.

Now Deadline says there are multiple cuts of the movie in existence and it’s uncertain which will be airing on Lifetime: the director’s cut that was shown at Cannes, a compromise cut between Weinstein and Dahan that hasn’t been shown, or a third cut influenced by screenwriter Arash Amel. Both Amel and Weinstein were noticeably absent from the film’s premiere at Cannes, which was seen as a move distancing themselves from Dahan and the film.

At Sundance this year, Weinstein spoke to Deadline about the difficulties that plagued the film. “The script we signed on for was like The King’s Speech, with the big moment where Princess Grace steps up. That is what attracted Nicole,” he said. Dahan ended up wanting to make the film more of an homage to Hitchcock, which is where things started to get complicated. “The writer, Arash Amel, called me and said, what happened to my script? It’s like welcome to Hollywood. Writers don’t have any say, but we decided to pair him up with a team of people and see what he could do about restoring the movie to the way it looked when he wrote it. He did a wonderful job,” Weinstein continued.

Whether we’ll ever end up seeing Amel’s cut of the film remains to be seen, although Weinstein thinks it’s superior to Dahan’s version. “That movie would have been helped greatly by the writer’s cut of the film and it’s something that people should see someday. It wasn’t a transformative movie but it was a damn entertaining one,” he said.

With Lifetime’s reputation for biopics about deceased celebrities that enrage those celebrities’s families, it almost seems like the ideal place for Grace of Monaco. Or it would be if the movie didn’t star Nicole Kidman and hadn’t been produced by the Weinsteins and made its debut at Cannes.