A never-before-seen interview with Orenthal James “O.J.” Simpson and book publisher Judith Regan from 2006 aired on March 11, 2018. O.J. Simpson: The Lost Confession? was a chilling piece in which the former football star calmly spoke about “hypothetically” killing his ex-Nicole Brown Simpson and Ronald Goldman.

Simpson was once a very successful college and NFL running back, but he will forever be remembered as the man who was on trial for the brutal murder of his ex-wife and her friend in 1994. Simpson was eventually acquitted, but the verdict is one that Americans have remained divided over for decades.

The two-hour program dove into the “Trial of the Century,” the slayings, and Simpson discussing a “hypothetical” account of murdering them himself. He also made some surprising claims, including why he feels he is the victim in all this and that the late Brown Simpson and Goldman actually “killed him.” Here’s more on that and the other shocking things we learned from this special.

It focused on the book Simpson wrote about murders, If I Did It 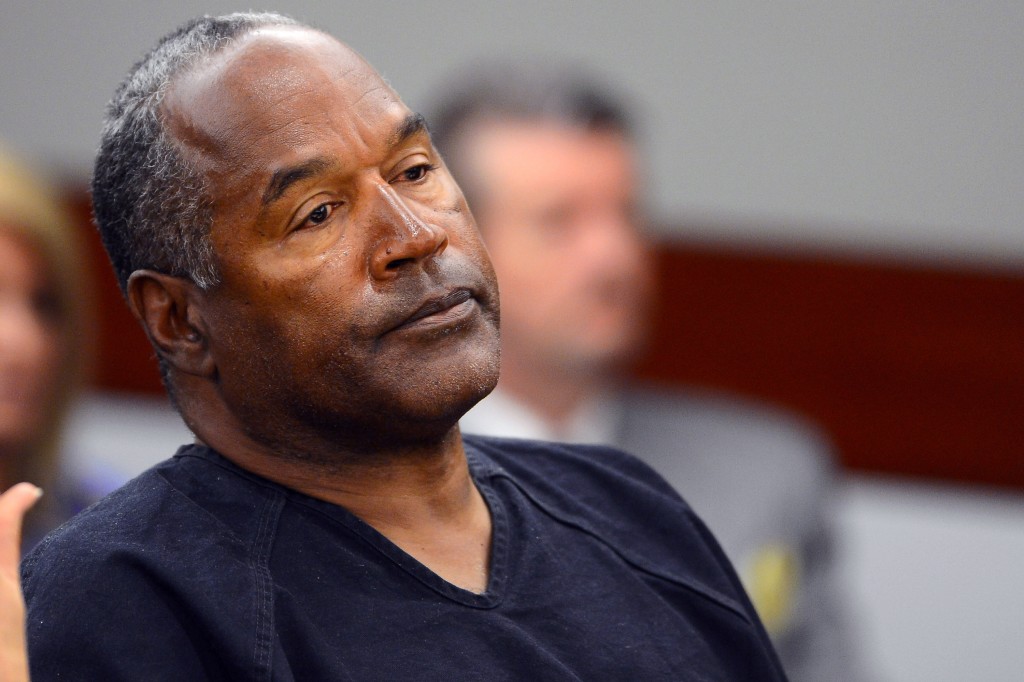 O.J. Simpson wrote this book, which was published in 2007. | Photo by Ethan Miller/Getty Images

The 2006 interview, which was Simpson’s first and only since his 1995 acquittal, was initially done to promote his book titled If I Did It.  The book discussed how Simpson would have killed his ex and Goldman if he committed the murders. However, after public outrage, the publishing giant HarperCollins shelved the project, as well as the interview with Regan.

In 2007, the book was published following a court’s decision to award the rights to the Goldman family, who had won a civil wrongful death lawsuit against Simpson. It was also retitled If I Did It: Confessions of the Killer, with the word “If” barley visible in the cover’s design.

Next: Simpson still harbors ill will towards his ex-wife. 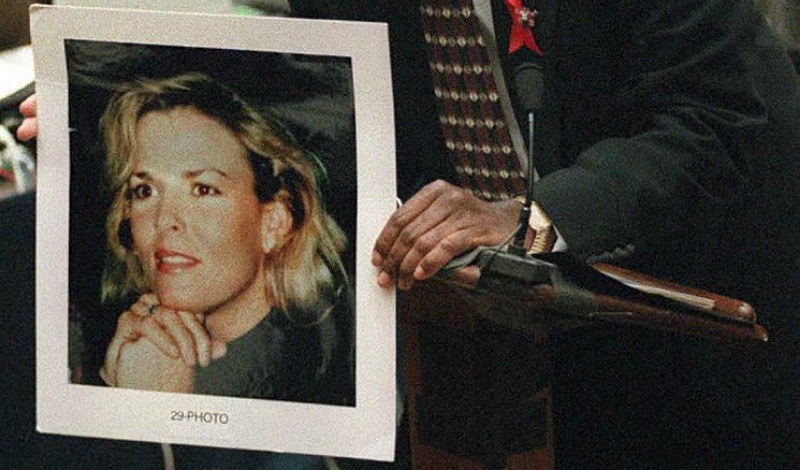 There were many stunning moments and admissions from Simpson during The Lost Confession, including statements he made about his feelings towards his former wife all these years after her death. Not only did he speak nonchalantly about abusing her in what many viewed as victim-blaming, but he also talked about how his anger towards her never went away even after she was dead.

“If you’re angry with someone about whatever is going on in your life, when they die, it’s not like that anger disappears,” he said.

One of Brown Simpson’s friends revealed that when the former football player visited his ex-wife at the cemetery, he screamed and cursed her at her grave site. His alleged behavior is something that disturbed and alarmed workers at the cemetery.

Next: Simpson blames his ex and Goldman for this.

He claimed Brown Simpson and Goldman ‘killed him’ 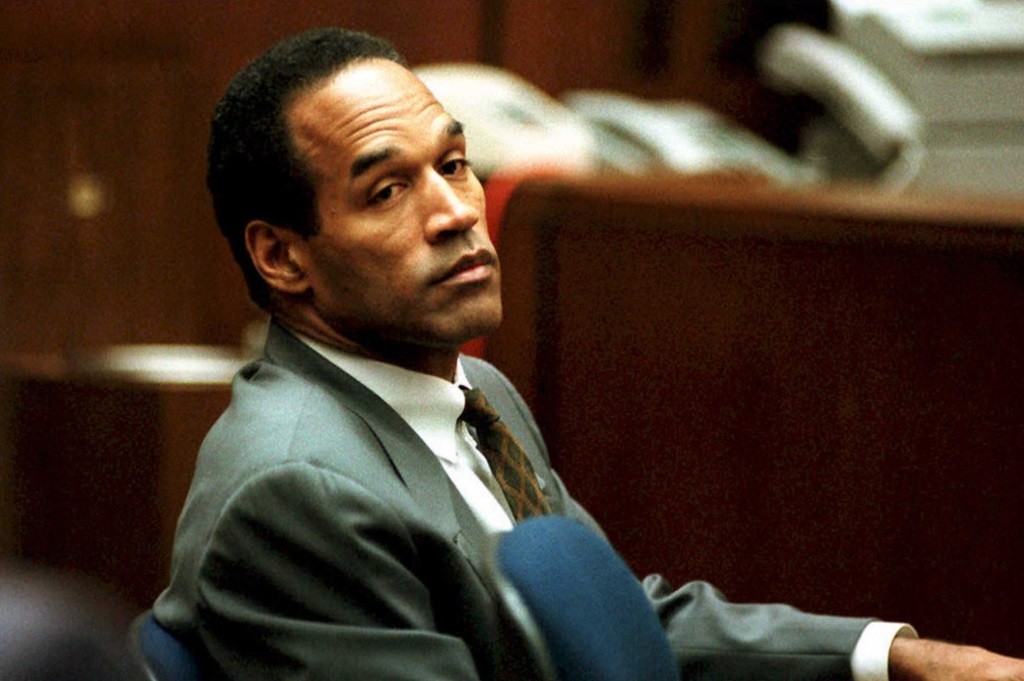 He claims the two victims metaphorically killed him.  | Pool/AFP/Getty Images

Another admission made which really raised eyebrows was when Simpson painted himself as the victim in the all this and actually said his ex and Goldman killed him.

“Ron and Nicole were physically dead, and it’s almost like they killed me,” Simpson claimed. “Who I was was attacked and murdered also in that short period of time. To this day, it bugs me it seems people wanted me to be guilty — that really, really bothered me.”

Next: He gave a “hypothetical” scenario about murdering them.

Simpson spoke for several minutes about ‘hypothetically’ killing them 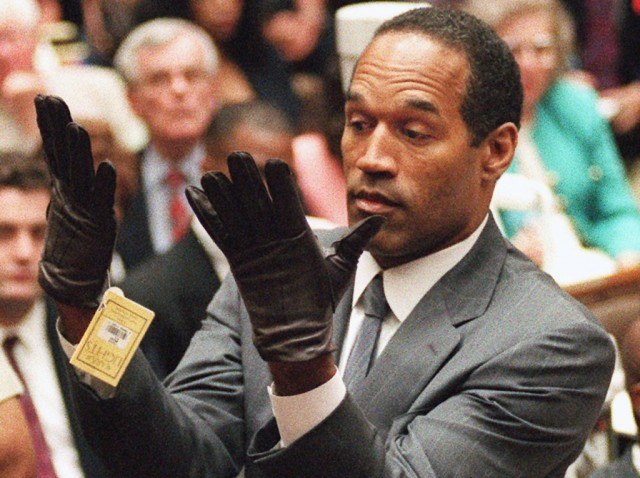 He talked about the infamous gloves during the special. | AMC

Perhaps the most chilling part of the whole special though is when Simpson reminded everyone again that his scenario was “hypothetical,” but then went into a detailed account of what may have happened during the murders.

As Simpson spoke for six minutes about what might have occurred on June 12, 1994, he slipped into what sounded like a first-hand account by repeatedly using the word “I.” He also talked about someone who was also at the murder scene and described this person as his friend named “Charlie.”

“As things got heated, I just remember Nicole fell and hurt herself. And [Goldman] kind of got into a karate thing … I remember I grabbed the knife, I do remember that portion, taking the knife from Charlie and to be honest, after that I don’t remember, except I’m standing there and there’s all kinda stuff around. Blood and stuff,” Simpson explained as he continued to speak about things that came up during the trial like the bloody glove.

He noted that he may have removed it, saying, “I have no conscious memory of doing that, but I obviously must have because they found the glove there.”

Next: Did he confess to the murders?

Was it an admission of guilt? 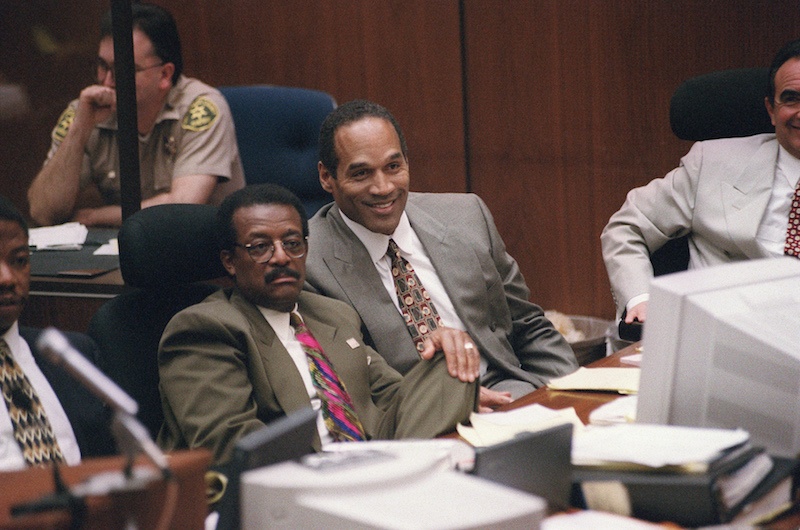 Was this a confession? | Vince Bucci/AFP/Getty Image

On the special, a panel, including Regan, were assembled to watch the program, and all agreed that they believed Simpson’s words were actually his confession.

Christopher Darden, who was a prosecutor in the “Trial of the Century,” offered his thoughts about what Simpson said. “I think Charlie is O.J. This is no hypothetical,” Darden opined. “I think he’s confessed to murder.”

Next: Simpson can only be tried again in the court of public opinion.

Double jeopardy laws restrict Simpson from ever being tried again 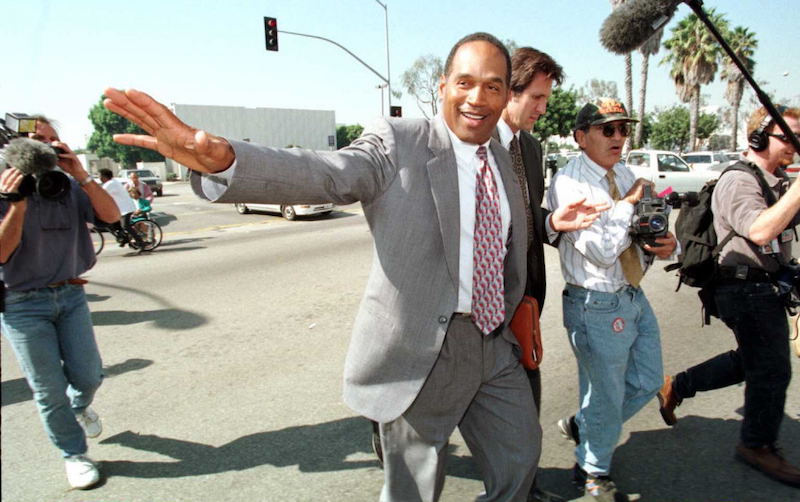 Even if Simpson someday decided to say that his account wasn’t fiction and admit to murdering Brown Simpson and Goldman it wouldn’t matter in the eyes of the law.

The double jeopardy law states that a person can never be tried for the same crime more than once and Simpson already had his day in court. However, today the former Trojan is still being tried in the court of public opinion and that will likely continue for the rest of his life.

Next: Social media sounded off on if Simpson is guilty and innocent.

The nation is still divided on opinion of Simpson 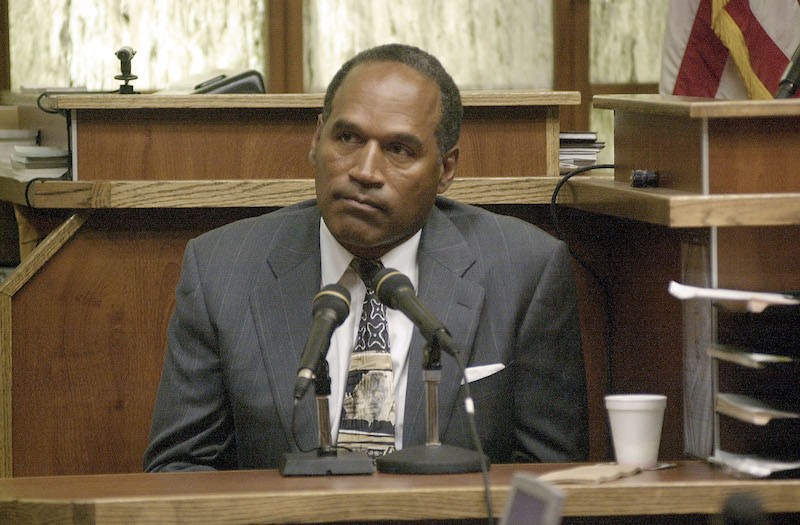 Just as we were in 1994, the nation is still divided over whether or not Simpson committed the murders.

In this day and age of social media, the hashtag “#DidOJConfess” trended as the program aired. Twitter users had no problem taking to the site to voice which side of the aisle they stood on, and again, there were many people on both sides.