Why Princess Diana Would Have Been Best Friends With Meghan Markle 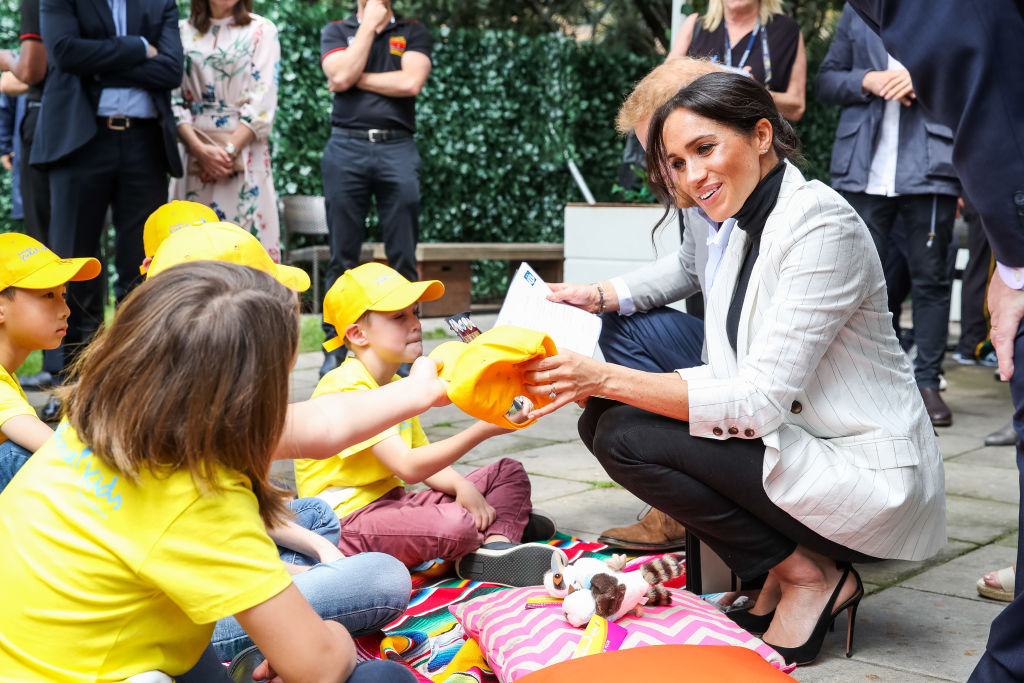 Prince Harry and Meghan Markle’s whirlwind romance caught the world by storm. Millions watched as the American actress and the British royal exchanged vows during a televised ceremony in May 2018 at St. George’s Chapel at Windsor Castle. From the moment the pair’s engagement was announced, Markle has inspired frequent comparison’s to Harry’s late mother, Princess Diana.

Harry and Markle were the first to bring Diana, who tragically died in a car accident in Paris in 1997, into the international conversation during their engagement interview. Harry, who proposed to Markle with a custom-made engagement ring containing diamonds from Diana’s tiara, told the interviewer that his mother would have been “over the moon” with his bride.

“Oh they’d be thick as thieves, without question,” Prince Harry said. “I think she would be over the moon, jumping up and down, you know so excited for me, but then, as I said, would have probably been best friends—best friends with Meghan. It’s days like today when I really miss having her around and miss being able to share the happy news. But you know with the ring and with everything else that’s going on I’m sure she’s…”

“…she’s with us,” Markle continued, demonstrating how in tune the couple are with each other by finishing Harry’s sentence. Sadly, we’ll never know how the ladies would have gotten along. Given how much Markle and Diana have in common, however, we agree that the two ladies would have been best friends.

Princess Diana and Meghan Markle are both fashion icons

Diana’s incredible fashion sense is well-documented. The late Princess of Wales was known to not only recycle outfits, but to repurpose them entirely. From converting a long-sleeved gown into a gorgeous strapless number to wearing a headband as a choker, Diana was one of the biggest trendsetters of her time.

Markle is quickly becoming a fashion icon herself, with one of the most-watched wardrobes in the world. Items sell out almost as soon as the new royal is snapped wearing them, as people around the globe try to emulate her style. Whether Markle is donning risque couture for her engagement photos or elegantly dressing her growing baby bump, it’s no wonder she is compared so often to Diana.

From closing car doors herself to engaging in public displays of affection with her husband, Markle already has a reputation for pushing the royal envelope. Even the act of marrying Prince Harry broke royal tradition; Markle’s race, marital status, and nationality were all firsts for the royal family. Markle’s fashion choices often land her in hot water, as she chooses to do things that are frowned upon, like paint her nails dark or not wear stockings.

It’s possible that Markle’s rebellious streak has rubbed off on her husband, too; Harry also broke royal tradition by choosing to wear a wedding ring. Markle’s warm interactions with fans have also broken protocol in numerous ways. While the queen limits her physical interactions with the public to a simple handshake, Markle has allowed photos to be taken, granted autographs, and even hugged her fans.

Diana would have supported Markle’s hands-on approach with fans, as she said in 1995, “I don’t go by a rule book, because I lead from the heart, not the head, and albeit that’s got me into trouble in my work, I understand that,” Diana said in 1995. Diana famously wrote her own vows when she married Prince Charles, breaking a royal wedding tradition in which brides vowed to “obey” their husbands. Markle and Kate Middleton also chose not to recite this vow when they married Princes Harry and William, respectively.