Why ‘Prison Break’ May Be Coming Back to TV 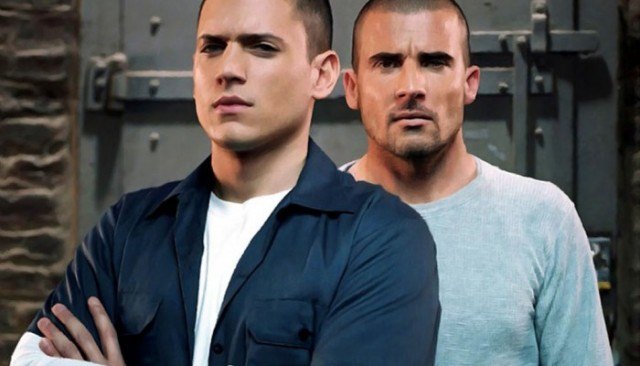 Prison Break may be the latest cult drama to get brought back to screen. Fox is reportedly developing a limited series revival of its popular crime show, starring Wentworth Miller and Dominic Purcell.

According to Deadline, the network has been considering bringing back the series, which originally ran for four seasons from 2005 to 2009, for several months. Speculation about the potential revival grew after Miller, who broke out with his lead turn on Prison Break, and Purcell both expressed interest in reprising their roles as brothers Michael and Lincoln. Now, it seems the reunion project is slowly starting to come together.

Though no official talks have started yet, Miller and Purcell are both expected to return for the new installment. Per Deadline, the developing limited-run revival would chronicle a prison break, as the critically lauded first season of the original series did. This time around, the stars will reportedly be joined by a third lead, although no specific details about the new character have been released. Many of the other original cast members will also potentially reprise their roles with cameos in the forthcoming event series.

While the project is still in the process of finalizing its creative team, Prison Break’s original creator and executive producer Paul Scheuring has already reportedly expressed interest in joining the latest chapter of the story and has come up an idea for the new iteration of the serialized drama. Fellow Prison Break executive producers Marty Adelstein and Dawn Parouse are also rumored to return along with Scheuring, although formal negotiations haven’t started, as previously stated.

Should the project move forward, it would reportedly play out similarly to Fox’s other recent revival event series, 24: Live Another Day, which aired last year. The new, shortened season of Prison Break would consist of about a dozen episodes and feature its own complete storyline.

Prison Break would be far from the only former favorite drama to recently get a second life on TV. Fox is also heading the upcoming revival of The X-Files and another limited-series installment of 24 (this time without original star Kiefer Sutherland). Meanwhile, NBC is bringing back Heroes with Heroes Reborn, featuring a mix of new and returning characters. Showtime has perhaps the most highly anticipated reunion project in its upcoming 18-episode revival of Twin Peaks.

Given how popular Prison Break was during its time on air, it’s no surprise Fox is making the revival a priority. The series was hugely profitable for the network, spawning a video game, a spin-off mobile series, an official magazine and a tie-in novel. With so many cult series heading back to screen, the network clearly sees a smart opportunity to extend the franchise.

Still, the success of the limited event series could depend largely on whether Fox can recruit Scheuring to run the project. Having the original creative voice on board has proven to be hugely effective for other recent revivals, as evidenced by the success of 24: Live Another Day (which was developed by 24’s showrunner and executive producer Howard Gordon). It’s a strategy that both Fox and other networks have taken note of. In addition to bringing back Gordon for Live Another Day, Fox also already enlisted The X-Files creator Chris Carter to oversee its upcoming follow-up. Heroes creator Tim Kring has signed on to supervise Heroes Reborn and Showtime managed to bring back both Mark Frost and (after months of negotiation and a brief falling out) David Lynch for Twin Peaks.

Prison Break fans will have to stay tuned to see how it all plays out. Either way, this won’t be the last time viewers can catch Purcell and Miller teaming up on the small screen. The two are also set to co-star together on the CW’s upcoming drama DC’s Legends Of Tomorrow, premiering next year.