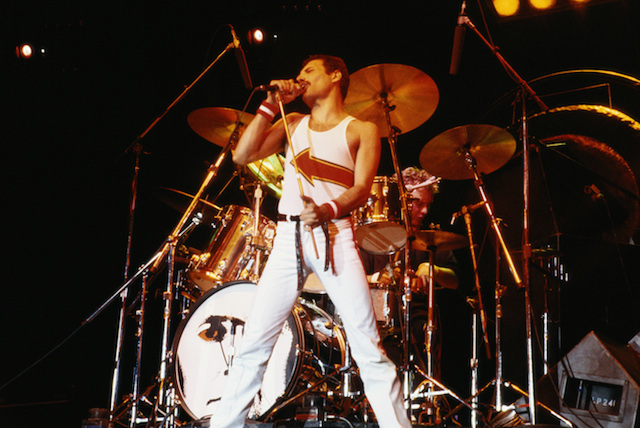 It was falsely reported over the weekend that comedian and Borat mastermind Sacha Baron Cohen was not only reattached to the long-gestating Freddie Mercury biopic, but would be writing, directing, and starring in the movie. Reports came from a joke made by former Queen manager Jim Beach during the Artist & Management Awards, but some still think that the comedian would be one of the best candidates to play the lead singer of Queen should the project ever get off the ground.

Indiewire among other outlets reported over the weekend that Sacha Baron Cohen was not only reattached to the project, but had been given more creative control over it than before. That article quoted Beach as saying “An important breakthrough is that we have now managed to persuade Sacha Baron Cohen to write, produce and direct this movie, and he has also agreed to star.” The article also pointed out that this would be a big breakthrough in the project as previously, the members of Queen had decided to part ways with Cohen over the creative direction of the film as well as the belief that his outsized comedic personality would overshadow Mercury’s persona.

Those reports were followed up with a statement from Queen guitarist Brian May, who gave a statement on his website saying that the whole thing was a joke taken out of context. “[Reports don’t] mention a small joke that Jim threw in during his acceptance speech. He said that, in response to enquiries about the progress on the Freddie feature film, that Sacha Baron Cohen had been re-engaged to write, produce, and direct the film, as well as starring in all four major roles! I’m afraid some folks might have taken it seriously!” Indiewire followed up its original article with a corrjbection, but reiterated the belief that Cohen would actually be great for the part.

Back in the fall of 2013, Cohen was dropped from the project after long championing it because the members of Queen felt that his comedic persona, which is what the actor is best known for, would outweigh the story of Freddie Mercury’s life. “What led us to that conclusion was the last three movies that he’s made – The Dictator, Les Miserables and Hugo – in which he makes outstanding performances, but they’re very much Sacha Baron Cohen performances,” May told Classic Rock Magazine, via Rolling Stone. “And we thought there has to be no distraction in the Freddie movie. You have to really suspend that disbelief – the man who plays Freddie, you have to really believe is Freddie. And we didn’t think that could really happen with Sacha.”

Cohen is best known for his improvisational comedy films like Borat, Bruno, and The Dictator. But that doesn’t mean he would be wrong for the part of Mercury. Aside from a physical resemblance, Cohen has played dramatic musical roles already in Les Miserables and Sweeney Todd, showing he can sing and be serious. Even having him write wouldn’t be a bad idea, as his screenplay for Borat landed Cohen an Oscar nomination.

It’s not uncommon for comedic actors to take on dramatic roles, which actors often do when seeking to be taken more seriously, as unfair to the comedy genre as that may be. Having a history in comedy is really no indication that Cohen isn’t capable of playing a figure like Mercury, who provided much humor and lightness in his music and flamboyant stage presence though his life was tragically cut short by AIDS at the age of 45. It has been almost ten years since Borat brought Cohen to America’s attention, so that isn’t a film that would necessarily instantly be on people’s minds, and Cohen’s physical resemblance to Mercury is a definite aid in getting people to believe he’s disappeared into the part. Regardless, it seems like it’ll still be awhile for Queen fans before there’s a movie based on Mercury’s life.