When it comes to a family who knows how to do it all, it’s hard to beat Chip and Joanna Gaines. This dynamic duo not only starred in one of HGTV’s most successful shows, Fixer Upper, but they also have their Magnolia line of products, Magnolia Market, a realty company, books, other various business ventures, and five kids to take care of. We’re tired just thinking about how full Chip and Joanna’s days probably are.

While many find the couple inspirational, not everyone thinks they’re the perfect parents. Here’s why some are starting to question their parenting tactics.

Joanna says having her fifth child was a gift It’s vital to note the family-first values Chip and Joanna say they abide by. The couple decided to stop filming Fixer Upper to pursue other ventures and, of course, spend more time with their kids. And Joanna said just a few weeks after they decided to stop filming after five seasons of the show, she found out she was pregnant with her fifth child, People reports. Though the pregnancy forced her to slow down, she viewed this as a gift — and she couldn’t wait to welcome another little one into the family.

“It’s sweet how, even in the most unpredictable ways, we’re given exactly what we need for that exact moment in time. It wasn’t something I could have anticipated,” she said.

With success comes ultra hard work, and there’s no doubt that the Gaines family knows the meaning of working for what they want. Chip and Joanna have also talked at length in the past about how the production schedule was also wearing on their kids and cutting into family time, People notes. “The kids were so young when we started,” Joanna said. And Chip added, “They would ask, ‘Mom and Dad, do you guys have to film again today? When is this going to be over?'” which also wore on the family.

For this reason, the Gaines family took a step back to breathe. As Chip said, “We would rather stop here, where we still feel we’re in a really good place.” Not everyone thinks Chip and Joanna are being totally genuine about their family values, however. There’s no doubt the couple loves their kids, but others believe their family image is also vital to their brand — and without it, they may not be as successful in their business.

As writer Daryl Austin tells the opinion column of USA Today, it seems that the various candid moment with Chip, Joanna, and their kids are too staged to be authentic. And, in addition to speaking about how family always comes first, in another interview, Joanna has also said they “prove what we value most by where we choose to spend our time.” Since actions speak louder than words, the opinion piece states that it seems Chip and Joanna actually spend the majority of time with their business ventures.

Since 2005, which is when they had their first son, Chip and Joanna have developed their HGTV show, magazines, blogs, books, online stores, wallpaper lines, furniture lines, home decor lines, an exclusive product line just for Target, two weekend stay locations, a restaurant, a bakery, their annual Silobration, and other events in Waco that attract thousands. As Austin says, “they don’t want to be seen simply as a couple that can do it all. They want to be seen as a couple that can do it all while at the same time making their family their top priority.” 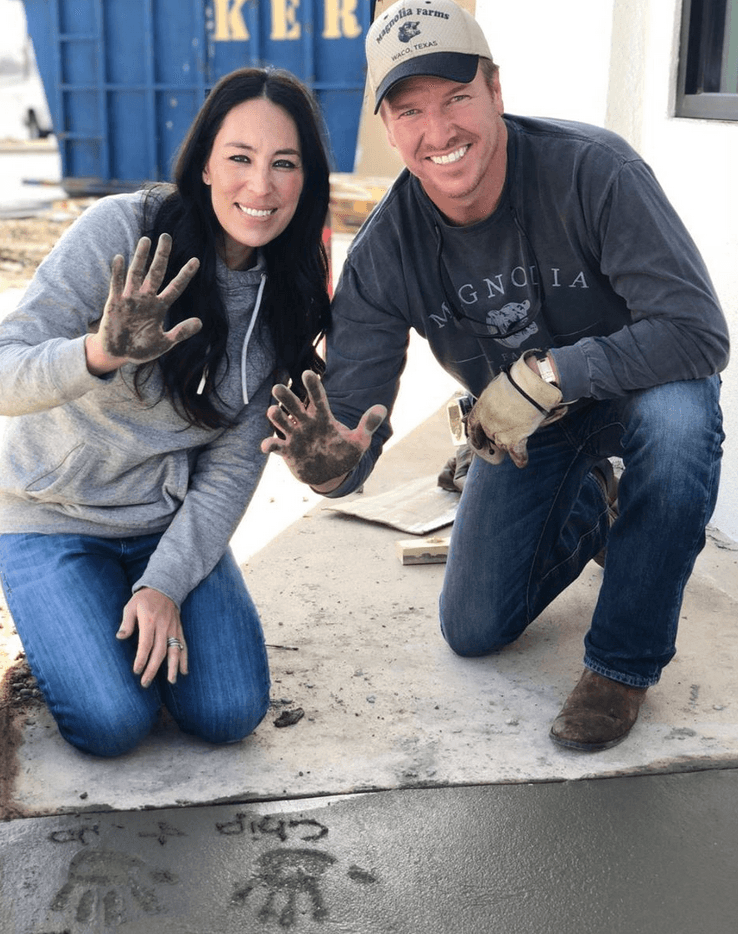 There’s no doubt that being a parent is a tough job all on its own, no matter how many kids you have. And while Chip and Joanna may seem like superheroes to many, they may also make other parents feel totally inadequate for also not having side business ventures while trying to hold down a household and raise a family. As Austin notes, “No matter how rich and famous, we are all limited by the same 24 hours in a day. You cannot do all they’ve done (or even a fraction of it) and still have any real time left over for family.”

To the writer’s credit, he also explains that he’s a business owner with his wife, and they have three kids. “Even still, I’m amazed at the number of distractions even one small business churns out every day,” he says. “That’s how I know that Chip and Joanna have got to be two of the busiest people on the planet.” No matter what your opinion of Chip and Joanna is, there’s no denying that.