Sonic the Hedgehog is one of the most beloved icons of 1980’s and 1990’s childhoods. The Sega original is also one of the most instantly recognizable. An animated hedgehog with super fast speed and a cast of lovable sidekicks, Sonic sped into the hearts of millions of children via movies, a television series, and several very successful video games.

When the twenty to thirty-year-olds who grew up with the animated character learned there was going to be a live action remake, they were ecstatic. Until, that is, Paramount Pictures released their teaser poster. With the sneak peak unveiled, the reaction was decidedly divided.

Sonic gets a brand-new image

The teaser poster doesn’t show Sonic’s face. In fact, the whole image is shrouded in shadows. Yet there is no denying that Sonic has had a complete makeover. For starters, everyone agrees this Sonic is much more muscular. You can tell he is covered in short blue hairs, versus the overall flat blue of his traditional image.

What’s more? His tennis shoes. It’s the one thing that is not shrouded in shadows, and they look like real tennis shoes. While some of these alterations should have been obvious because he’s being turned into a live-action character, not everyone is thrilled. Some fans online have even gone so far as to state the new Sonic is the thing of nightmares.

Why the big image change?

Tim Miller, the executive producer of the new Sonic the Hedgehog movie, sat down in an interview recently with IGN to explain why Sonic looks so different than his fans remember. The most obvious explanation is that Sonic needs to look more realistic. His design made sense when he was starring in an animated cartoon or video game. But for real life? A lot of his design didn’t make sense.

During the interview, Miller went on to say “He’s not going to feel like a Pixar character would because I don’t think that’s the right aesthetic to make it feel like part of our world. That’s why Sonic has visible fur and wears realistic looking shoes.”

Who will be voicing Sonic?

The voice of Sonic in the 2019 remake will be played by the prolific actor, Ben Schwartz. He is best known as the annoying yet strangely lovable, Jean-Ralphio, in Parks and Recreation. He has also appeared in the television series Mayne Street, Undercovers, Bob’s Burgers, House of Lies: Fridays at Galweather, and Jake and Amir. Most recently, Schwartz voices Leo in the 2018 television series Rise of the Teenage Mutant Ninja Turtles.

What other actors will be playing characters?

Famed comedian Jim Carrey (best known for his role in Ace Venture) will be lending his recognizable voice and comedy to the character of Dr. Ivo Robotnik. James Marsden of X-Men will play Tom Wachowski. Other actors who will play parts in the movie include: Neal McDonough, Tika Sumpter, Adams Pally, Debs Howard, Elfina Luk, and Natasha Rothwell.

What should nostalgic-seeking fans expect of Sonic the Hedgehog? 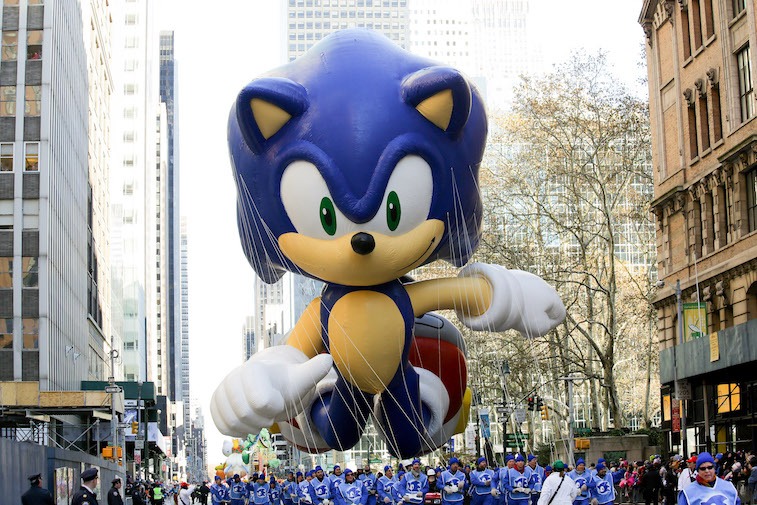 According to IMDB, the plot of the new Sonic the Hedgehog movie will revolve around Sonic being pursued by the government. A cop from a small rural town called Green Hills will help him to evade the feds.

Other than this basic plot and big hints at the complete character redesign, not much more information is given. Between the two, however, it can be noted that this Sonic will not be exactly the one remembered by nostalgic seekers. It’s best to go into the movie with an open mind – perhaps look at it as a completely new standalone movie versus a remake of a beloved cartoon video game character.