Why ‘The Crow’ Remake Will Be Terrible 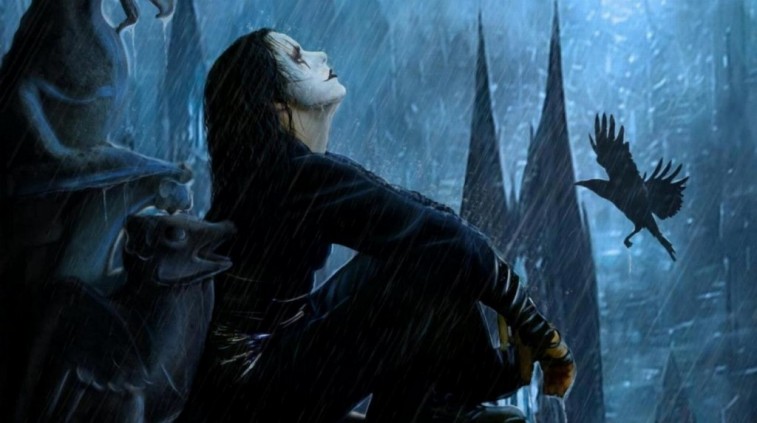 The ‘90s cult classic The Crow is getting the good old Hollywood remake treatment with Boardwalk Empire actor and fast-rising star Jack Huston signed on to star in the role originated by the late Brandon Lee, Deadline has reported. The Hallow director Corin Hardy has signed on to direct the remake. The original was based on a graphic novel of the same title and gained cult favorite status for its gloomy material, hard rock soundtrack, and the creepy and sad story of Lee’s accidental death on set. The Crow is gothic camp at its best, and it’s highly uncertain how a remake will keep that special vibe that made The Crow a cult classic in the first place.

Huston is best known for his role on Boardwalk Empire playing a mobster and assassin who was facially disfigured while fighting in World War I. After receiving rave reviews for that part, he landed the starring role in the upcoming remake of the Biblical epic and Hollywood classic Ben-Hur. Huston has now nabbed the starring roles in two highly anticipated, albeit very different, upcoming remakes.

It’s always tempting to complain about the endless mill of Hollywood remakes and reboots, but with cult classics a do-over seems even more pointless and likely to fail than something like Ben-Hur. Recapturing the cult appeal of a movie like The Crow is almost impossible. It takes much more than rebuilding the imposing sets of (literally) Biblical proportions for something like Ben-Hur. Especially since the movie is so heavily informed by the accident that caused Lee’s death on the cusp of a promising career, it’s hard to foresee how they will pull off a successful remake of this one.

The Crow is about a promising young rock musician named Eric Draven living in Detroit with his fiancee. Together they attempt to improve their rough neighborhood, which isn’t appreciated by a local gang. During their annual Devil’s Night crime spree, the gang rapes the fiancee and kills them both. A year later, with the help of a supernatural crow Draven rises from the grave, dons really goth-y makeup, and seeks revenge on his and his lover’s killers.

Lee was infamously shot and killed during filming when the crew hadn’t prepared the dummy cartridges in the firearms the actors were using properly. The incident happened while filming a scene in which his character is shot after walking into his apartment and discovering the gang members there attacking his fiancee. A dummy round was accidentally left in the gun barrel and when the revolver was fired it hit Lee in the abdomen with the same force as an actual round would have. He was rushed to the hospital but died after six hours of surgery attempting to save him.

The studio made the controversial decision to finish and release the film, as Lee only had three days worth of shooting left to complete. It got decent reviews, which compared it to the Batman series and Blade Runner, and was a financial success as well, making over $50 million at the box office to become one of the highest grossing R-rated movies of 1994 according to Box Office Mojo. “It is a stunning work of visual style — the best version of a comic book universe I’ve seen — and Brandon Lee clearly demonstrates in it that he might have become an action star, had he lived,” said Roger Ebert.

Remaking cult classics rarely works out well. Just one example is the 2008 remake Death Race, a reworking of the 1975 cult classic Death Race 2000. Despite having millions more dollars at its disposal, Death Race is considered one of the worst sci-fi movie remakes ever that has none of the B-movie charm of the original.

Given the comic book movie adaptation craze, it makes sense that someone decided to return to The Crow and see if any money could be made from it. That search for cash will probably result in a lackluster remake that will be shiny from a big budget but lacking in the charm and dark underlying story that made The Crow a cult classic in the first place.