Why ‘The Imitation Game’ Basically Has to Win an Oscar 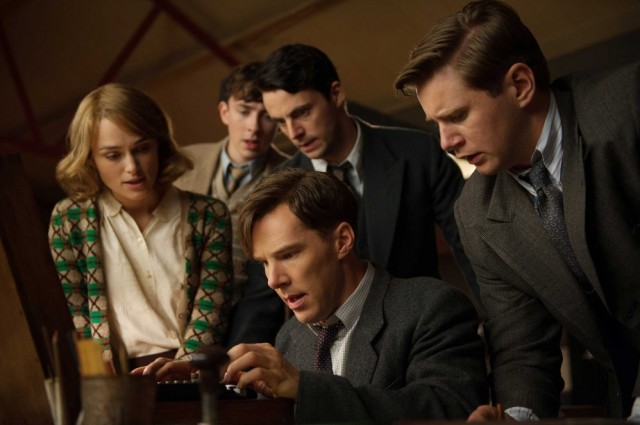 The new World War II-era biopic The Imitation Game has won the Toronto Film Festival’s top prize, the People’s Choice Award, and is now the official frontrunner to win the Academy Award for Best Picture. That’s not the only reason, though, that the movie is basically guaranteed to take home armfuls of statuettes at the Oscars this year.

The Hollywood Reporter pointed out that the audience at Toronto has been one of the best indicators of success at the Oscars over the last 36 years. Almost every film that gets honored at Toronto goes on to win at least one Academy Award. In the film festival’s 36-year history, the People’s Choice Award has resulted in 12 Best Picture nominations and nine nominations for Best Foreign Language Film. Five People’s Choice Award winners have gone on to win Best Picture: Chariots of Fire, American Beauty, Slumdog Millionaire, The King’s Speech, and 12 Years a Slave.

The Imitation Game has some other elements working in its favor, as well. Oscar voters love a good biopic, and The Imitation Game is based on the true story of unsung WWII hero Alan Turing. Movies like Lincoln, The King’s Speech, Walk the Line, and Ray are just a few examples of biopics that have had Oscar voters handing out statues in recent years. Films about real-life figures who face adversity and go on to change history in one way or another have long been favorites at the Academy Awards.

Turing isn’t exactly a well-known figure, though his code-cracking skills helped the Allies win WWII. After that, he was eventually disgraced and chemically castrated for being gay. And that’s not all: Turing was also a brilliant mathematician credited with being the father of theoretical computer science and artificial intelligence. That story is meaty material to work with, and the fact that Turing doesn’t have a public persona that people remember gave star Benedict Cumberbatch a lot of freedom in interpreting the character.

Turing’s homosexuality was a source of not just personal anguish — his own mother refused to recognize his sexuality — but open persecution. Even though the man was one of the figures responsible for ending World War II, basically the closest one can come in real life to saving the world, he was prosecuted for being gay in 1952 and chose to undergo chemical castration rather than imprisonment. Two years later he committed suicide by ingesting cyanide at the age of 41.

Unjust persecution is another thing Oscar voters really go for. Last year 12 Years a Slave won Best Picture and Best Supporting Actress for Lupita Nyong’o, as well as Best Adapted Screenplay. Tales of overcoming the hardships associated with homosexuality in particular have pulled on the heartstrings of Academy voters.

Dallas Buyers Club kicked off the current renaissance that Matthew McConaughey’s career is going through, nabbing him an Oscar for his role as a man with AIDS who obtains drugs to treat the disease at a time when it was still highly stigmatized. He sells the drugs to patients, many of whom who are gay, and through doing so overcomes his own homophobia. Milk won Sean Penn an Oscar for Best Actor in 2009 for his portrayal of gay rights activist and politician Harvey Milk.

World War II is a historical period that has been fruitful for filmmakers looking to win the favor of Academy voters. That period in history is a continued source of fascination and provides lots of opportunity to address the big moral questions Oscar-winning pictures tend to ponder. Films like Saving Private Ryan, Pearl Harbor, Casablanca, and Schindler’s List have all won Academy Awards telling very different stories about different sides of World War II.

While The Imitation Game is hardly a war movie, Turing’s work was crucial for the British. Winston Churchill himself said that Turing made the biggest contribution of any single person to Allied victory over Nazi Germany by deciphering coded messages.

In addition to the subject matter of the movie, Cumberbatch has long been an actor with a strong fan base but hasn’t had a role in anything serious enough to be a contender for major awards. While the actor has won a Golden Globe and been nominated for Emmys for his portrayal of a modern Sherlock Holmes in the BBC miniseries Sherlock, the actor’s movie choices have been on the nerdy side. He’s best known for his work in J.J. Abrams’s Star Trek movies and playing the dragon Smaug Peter Jackson’s The Hobbit trilogy. Cumberbatch is a talented actor, and The Imitation Game finally gives him a part to show his chops.

The film already has an 88 percent Fresh rating on Rotten Tomatoes, with critics sure to pile more accolades on it when it goes into expanded release. With all those factors in its favor, The Imitation Game could sweep the Oscars this year.