Why the Marvel Universe Needs Kenneth Branagh Back 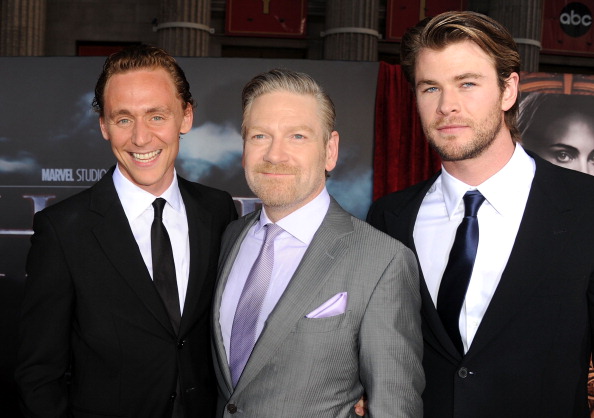 The Marvel Cinematic Universe has seen its fair share of visionary directors. Joss Whedon’s Avengers gave us a creative flagship to the MCU, while James Gunn’s Guardians of the Galaxy managed to infuse humor into a superhero story. Even Anthony and Joe Russo (Arrested Development, Community) got in on the action with Captain America: The Winter Soldier. But perhaps the most overlooked director in the world of Marvel films is one who hasn’t been in it in almost four years.

Kenneth Branagh’s Thor may have released back in 2011, but it still stands today as one of the strongest of the Phase 1 Marvel films. In it, we had a clear shift toward combining elements of humor with action to a degree the MCU had never before attempted. Branagh’s movie reveled in the insanity that was a Norse god wandering around New Mexico, unaccustomed to the idea that you can’t in fact walk into a pet store and buy a dog worthy of riding like a horse. In a lot of ways, this set the comedic tone for the rest of Marvel, which made it that much more baffling when Branagh wasn’t brought back for Thor 2.

Interestingly enough, Branagh’s movie background is eminently suited for the MCU. His greatest cinematic successes have come courtesy of William Shakespeare, having directed and starred in brilliant adaptations of Hamlet, Much Ado About Nothing, and Henry V among many others. That background in the Bard translated beautifully to the pseudo-Shakespearean drama (and dialogue) of Thor. Who better to tell the story of an exiled prince sent to another realm to find himself than a director whose level of expertise in such stories borders on scholarly.

Given all that, most would then wonder: Why didn’t Branagh return for Thor 2? In an interview with MovieFone, he cited it as “simply timing,” going on to praise his initial replacement, Patty Jenkins (who later left and was replaced by Alan Taylor). But rumors have flown that both Branagh and Jenkins left the project due to “creative differences,” an issue that has run rampant with directors working with Marvel.

The famed studio has a meticulously planned-out vision for what it wants from each of its movies, and oftentimes directors trying to stray from this find themselves parting ways. We saw it with Edgar Wright leaving Ant-Man, a movie he’d worked on for almost a decade, and with Jon Favreau’s departure from Iron Man 3.

It’s been a long saga for Branagh in the wake of all this, making it that much more satisfying when he expressed an interest in returning to the Marvel fold in an interview with The Hollywood Reporter.

It would serve the studio well to take this enthusiasm and run with it, creative differences be damned. Thor: The Dark World was widely regarded to be an inferior follow-up effort, and there’s no better director to trust with the franchise than the man who kicked it off in the first place. The MCU owes a lot to Branagh’s efforts in 2011, and bringing him back would only serve to further strengthen its already formidable stable of visionary directors.