Why ‘The Osbournes’ Would Probably Be Boring Now 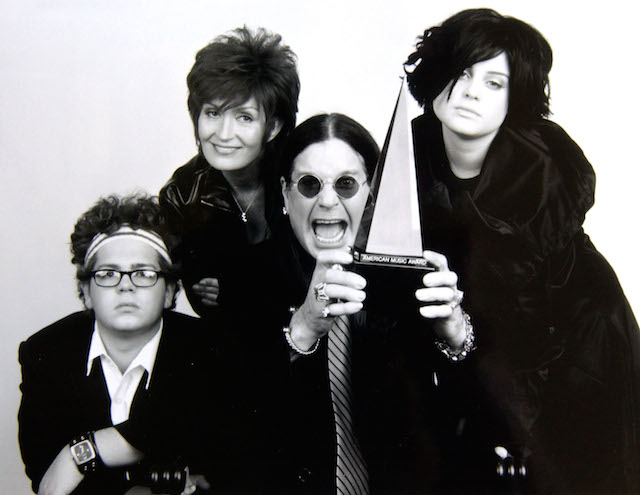 The celebrity family that started it all in reality TV is going to be returning to television after 10 years off the air, but the question is does anyone really care all that much about the Osbournes anymore?

When The Osbournes first aired on MTV back in 2002 the show was a huge hit and made instant celebrities out of rock star Ozzy Osbourne’s immediate family, including his wife Sharon and his son and daughter Jack and Kelly. Their dysfunctional family dynamic, which famously involved lots of bleeped out swearing at each other, proved addictive and the show’s ratings helped save MTV from a long slump. The show earned the best ratings in MTV history and got famous enough to be parodied in one of Mike Myers’s Austin Powers movies.

The Osbournes also created a new type of reality programming, the celebrity family reality show. Without The Osbournes before it we wouldn’t have Keeping Up With the Kardashians, or a great deal of E!’s programming in general. The Osbournes showed that a network can take a celebrity family, even if they’re only vaguely known to the public, and put a camera on them if they have an interesting dynamic among themselves and are willing to have their most private moments filmed. As the lead singer of Black Sabbath, Ozzy Osbourne was much more famous pre-Osbournes than the socialite-with-a-sex-tape that Kim Kardashian was before her reality show, but now she is much more famous than him through her show. But E! wouldn’t have been willing to take a risk on a show like The Kardashians without the previous success of The Osbournes.

Sharon Osborne recently confirmed that the family is looking to return to reality TV, this time for a limited run with VH1, during the CBS talk show The Talk that she co-hosts Variety has reported. Sharon said that the six to eight episodes they would film would “catch up on our lives and where we are now.” She also said that Ozzy had a desire to film more episodes of the show due to his new sobriety and the fact that he was under the influence of drugs and alcohol when the original series taped.

“It’s all my husband’s doing,” Sharon said on The Talk. “He looked back on his life and said, ‘I wish we could have done The Osbournes now when I’m clean and sober.’”

The thing Ozzy perhaps isn’t realizing is that his weird behavior spurred by whatever drugs he was taking was a part of the show’s appeal. Had the Osbournes to been well-adjusted and normal the show wouldn’t have been funny.

The point of these celebrity docu-reality shows is to get a glimpse at the weirdness of celebrity life. Ogling the supreme spoiledness of the Kardashian clan either in horror or envy or a mix of both is what makes people tune in week after week. Ozzy’s absolute bizarre behavior provided the comic relief on The Osbournes while Sharon cursed at her rebellious teenage children and Ozzy screamed for Sharon’s help.

Sharon and Kelly ended up parlaying the fame from their reality show into successful television careers elsewhere. Kelly is now a host on E!’s Fashion Police, which is currently undergoing a shakeup as the network tries to find a replacement for comedian Joan Rivers. She’s far outgrown her image on the show as a whiny, stubborn teenager. Sharon has hosted a variety of talent shows including the original British version of The X Factor and America’s Got Talent before joining the talk show The Talk.

Overall the family has a tamer public image than they did when the show was airing, which begs the question whether viewers would care to see the family acting civil and failing to utilize those famous angry bleeps.