Why the ‘Transformers’ Franchise is Far From Over 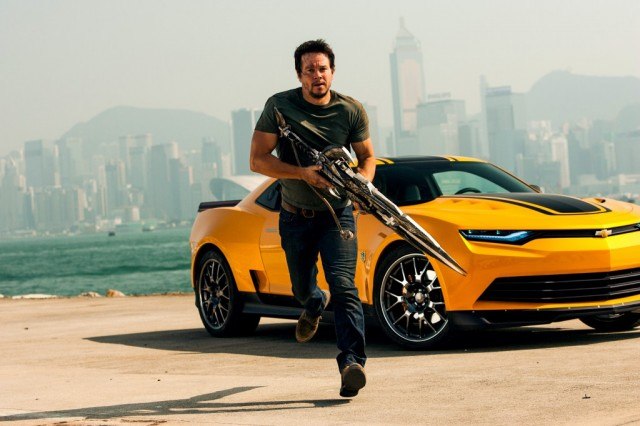 Last year’s Transformers: Age of Extinction was critically lambasted, but that doesn’t mean the franchise is done yet — far from it, in fact. Hasbro Studios recently announced that it’s already begun development on four more Transformers movies, which the company plans to roll out over the course of the next ten years.

Hasbro President Steven J. Davis made the announcement at the Mipcom convention this past weekend, confirming that not only is Transformers 5 a certainty, but the sixth, seventh, and eighth installments in the series are also already in the works.

“You’re going to see a new Transformers movie coming from Hasbro and Paramount and Michael Bay and our other partners,” he said. “We decided that we wanted to plot out the next 10 years of the Transformers franchise, so we got together in a room over a three-month period of time.”

By “we,” Davis was referring to the writers’ room that Hasbro developed in order to help chart the course of the franchise. As Davis described, “Nine of some of the most creative writers I have ever worked with, shepherded by Akiva Goldsman, who many of you may know won an Academy Award for A Beautiful Mind and written a bunch of great movies. And they plotted out the next 10 years of Transformers.”

Paramount first announced its plan to put together an incubator of writers for the franchise back in March. At the time, the studio announced its hope to turn Transformers into its own shared film universe, similar to Marvel’s superhero worlds. The idea was to expand the franchise with a mix of potential sequels and spin-offs plotted by the group of writers, but it was unclear exactly how many movies the company was looking for. With four direct sequels now confirmed and an animated origin movie also in the works, it looks like moviegoers can now expect a minimum total of five more Transformers films over the next several years.

So who exactly is behind these upcoming movies? While director Michael Bay previously said he wouldn’t be returning to the franchise, Davis’s announcement seemingly confirms that he is still involved in some capacity. Steven Spielberg is also set to return as an executive producer.

As for the writers, Goldsman will reportedly pen the script for Transformers 5 himself, in addition to serving as an overseer for the rest of the writing team. According to Deadline, the group also includes Ant-Man writers Andrew Barrer and Gabrier Ferrari, who are working on the animated film, Robert Kirkman (The Walking Dead), and Art Marcum and Matt Holloway (Iron Man). Jeff Pinkner (Lost), Zak Penn (Pacific Rim), Ken Nolan (Black Hawk Down), Lindsey Beer, Black List writers Geneva Robertson-Dworet and Christina Hodson and Daredevil season one showrunner Steven S. DeKnight are also reportedly involved in the brain trust.

Given the huge box office earnings that the Transformers movies tend to draw, it should come as no surprise that Paramount wants to keep the franchise going for as long as possible — and it’s willing to drop some significant money to do it. Each of the participating writers in the assembled group was reportedly paid in the low seven figures, but that’s pocket change compared to what the upcoming sequels will likely earn. While each Transformers movie has seemingly earned worse reviews than the last, the bad critical response has done nothing to deter audiences from buying tickets. Age of Extinction alone earned $1.1 billion worldwide, making it the highest earning film of 2014 and the thirteenth highest-grossing film of all time. If the franchise’s past box office success is any indication, the studio can expect to rake some major bucks with the planned sequels.

In addition to the five upcoming Transformers movies, Davis revealed that Hasbro and Paramount are working on TV and digital storylines for the franchise as well — basically meaning that pretty soon, you won’t be able to look at any screen without seeing Autobots and Decepticons. The onslaught will begin with Transformers 5, which will again star Mark Wahlberg. While specific details of the coming installment haven’t been revealed yet, the movie is expected to hit theaters in summer 2016.