Dear readers, we welcome you in from the cold. You must be exhausted from fighting the latest ferocious battle in a long, draining War on Christmas. What’s that? You haven’t noticed any such war? Nothing has changed about how you celebrate the holidays?

Well, you must not watch Fox News. Over there, things are different. On-air personalities randomly scream “racist!” at Geraldo Rivera, and producers ask government officials like Scott Pruitt to approve their broadcast scripts before sitting down for interviews. Weird, right?

Oh, and the War on Christmas continues apace at the network in this, the year 2018 A.D. While it’s only December 7, the battles have raged on for weeks at Fox, and there have already been mass casualties. Here’s what’s happening at America’s angry great-grandfather of the TV universe.

‘ON #HANNITY NOW: CHRISTMAS IS UNDER SIEGE.’ 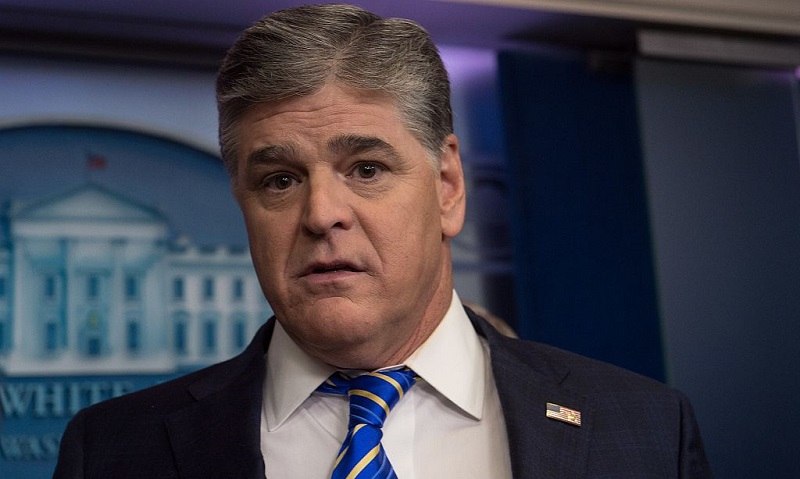 If you thought it was safe to trim the tree or fill that punch bowl with eggnog, you clearly didn’t get the message from Sean Hannity and other Fox hosts. On December 6, Hannity went to all caps on Twitter to get fans to watch his segment on “CHRISTMAS UNDER SIEGE.”

That bit explored why a New England church had put a baby Jesus statue in a cage. (It was protesting child detentions  and separations at the border.) Meanwhile, a Huffington Post article about “Rudolph the Red-Nosed Reindeer” had occupied the time of Fox News writers and on-air personalities for over a week. (Parker Molloy, who checks in on news broadcasts at Media Matters for America, counted eight days as of December 6.)

However, as Molloy noted, the HuffPo article on Rudolph went out in the site’s Comedy section. It was, you know, a joke. If anyone acted like it was real (as Fox News hosts and others did), they either weren’t paying attention or were intentionally misleading people.

Other segments, including a spirited defense of “Baby, It’s Cold Outside,” had a similar tone. Maybe a few radio stations stopped playing the song, sure. But had Christmas been canceled? Was a siege taking place?

“Do you see what liberals seek to do?” Laura Ingraham asked, her voice cracking, on her December 6 broadcast. “They’re trying to disrupt and destroy traditions and replace them with their own transitory nonsense.”

Even if you ignore the Ingraham team’s bad writing there, it’s difficult to see how a joke video or a different Christmas song on the radio would “destroy” this beloved holiday for Americans. Maybe there’s something else the network doesn’t want to cover?

Could it be the Flynn and Cohen confessions? Or the Mueller probe in general? Or all the other stuff?

In general, it hasn’t been a good year for the Republican Party. That means Fox, the GOP’s state-media network, has needed to get creative. Forget about losing 40 House seats (and control of the chamber) to Democrats. Also, ignore the fact President Trump started and then lost a trade war, costing America tens of thousands of manufacturing jobs.

Just focus on how Trump has fared in the Mueller investigation. Guilty pleas from the president’s associates seem to come in every month, and the latest confession by Trump attorney Michael Cohen sent Tucker Carlson and other Fox personalities into a state of denial. By nightfall, Tucker was putting “Mueller” and “Russia” in quotation marks as if they were fictional concepts.

Maybe those things, combined with Trump’s embarrassing denials in support of Saudi Arabia’s Mohammed bin Salman — plus his decision to skip a ceremony honoring World War I veterans — were the reasons his poll numbers went so low (an impressive 60% disapproval) in late November.

Perhaps that string of ugly events in an especially ugly year sent Fox News barreling into the War on Christmas with guns blazing? Actually, no — none of these things mattered, really. As MMFA’s Molloy pointed out, Fox has been doing this for the better part of a decade. (One article on the subject is dated 2008.)

In fact, Bill O’Reilly had fired up the Christmas cannons earlier — way back in 2005. Basically, Fox News just wants to get its older viewers angry and stressed by telling them the things they love are disappearing. Unfortunately, even though Christmas is alive and well (and always was), the network’s strategy works far too often.