Why Tom Cruise is the Perfect Choice for ‘The Mummy’

Will monster movies be Tom Cruise’s next big franchise? Ever since Marvel’s The Avengers proved that shared universes were a billion-dollar business, it seems like every studio is clamoring to develop one of their own. After all, Sony is reportedly developing a cross-over film featuring its 21 Jump Street and Men in Black franchises (yes, really). So it wasn’t a huge shock when news dropped that Universal was working on its own mega-franchise centering on its classic monsters.

Back in the 1930s and 1940s, the studio cornered the market on popular films featuring characters like Dracula, Frankenstein, and the Wolf Man. A modern-day equivalent seemed ripe with potential, and with recent news that none other than Tom Cruise would be headlining the upcoming reboot of The Mummy, anticipation is rising ever higher. [Update, 5/6/16: Per The Hollywood Reporter, Russell Crowe is in talks to appear in the film as Dr. Jekyl/Mr. Hyde.]

In addition to decades of worldwide bankability, a star like Tom Cruise is exactly the right choice for a burgeoning franchise like the Universal monster shared universe. With Sofia Boutella (Kingsman: The Secret Service) starring as the modern-day mummy, the film will likely be aiming for mainstream appeal and a tone that neatly balances action/adventure with horror elements, at least if the 1999 version with Brendan Fraser is any indication. Playful action has been working for Cruise lately, and it’s not a stretch to imagine him taking on a mummy with the same charm and strength that he brought to films like sci-fi thriller Edge of Tomorrow. Considering how the previous Mummy franchise petered out with the poorly received 2008 film The Mummy: Tomb of the Dragon Emperor, this new take can use all the boosts it can get. 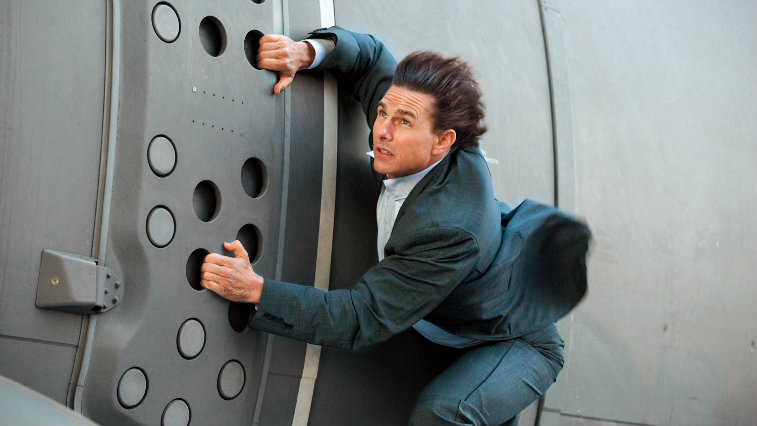 Moreover, the actor has never taken on a monster film before. The closest his filmography comes is his turn as the vampire Lestat in 1994 horror/drama Interview with the Vampire, but The Mummy could provide something fresh to his big-screen career to date, while allowing the film to ably rely on its star to hold the project together. In the last decade, films with Cruise in the lead have largely connected with moviegoers.

Even underperformers like Knight & Day and Oblivion managed to turn a profit worldwide. In the case of The Mummy, having such an experienced and popular actor like Cruise leading the project will be especially valuable, seeing as director Alex Kurtzman’s only previous directorial effort is 2012 drama People Like Us.

That being said, Cruise’s role in the film is still shrouded in mystery. Earlier reports had him attached to star in a fresh take on Van Helsing, the 2004 film that starred Hugh Jackman as the titular monster hunter. At this point, Cruise could very well still be playing some version of Van Helsing in the modern-set Mummy film and perhaps serve as the connective tissue that ties together this initial round of monster films.

Granted, the actor is already juggling a few franchises — with sequels to Mission: Impossible — Rogue Nation, Jack Reacher and Top Gun in the works — adding another commitment to his plate may sound unlikely. Still, if Samuel L. Jackson can bring Nick Fury to seven Marvel films and Agents of S.H.I.E.L.D., perhaps there’s a chance Cruise will appear briefly throughout. Regardless of how involved he is, having an A-list star attached to the Universal films is a win-win for both the project and audiences. Here’s hoping we learn more about his role sooner rather than later.

The first photos of Tom Cruise on the set of The Mummy! https://t.co/jMoB75dIbo #TheMummy pic.twitter.com/vaPLiKYTVn

[Update, 7/11/16: Added first photos from set of ‘The Mummy’ of Sofia Boutella as the titular character (see below).]