Why Woody Allen’s New Movie Cast May Surprise You 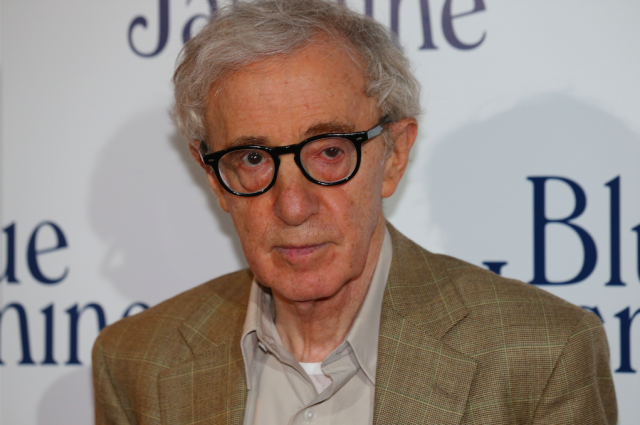 Woody Allen has just unveiled the ensemble cast for his next movie and it’s definitely one that’ll grab your attention. The film, which is still untitled, features an unexpected mix of stars, including surprising names like Kristen Stewart, Blake Lively and Bruce Willis.

As is usually the case when it comes to his work, Allen hasn’t revealed any specific details about the upcoming movie’s storyline. All we know so far is that shooting is set to kick off this month in both New York and Los Angeles (marking the first time since 1977’s Annie Hall that Allen has filmed in LA).

Still, while we may not know any plot particulars, the stacked cast is one that will make you stand up and take notice. In addition to Stewart, Lively and Willis, the movie will star Jeannie Berlin (best known for originating the role of Lila in The Heartbreak Kid), Jesse Eisenberg, Parker Posey, Corey Stoll and Ken Stott. Meanwhile, Anna Camp, Stephen Kunken, Sari Lennick and Paul Schneider are listed as “co-stars” – the only hint we have about the size of any of the respective roles.

Allen has a history of working with the same stars multiple times and that is certainly the case here. Eisenberg appeared in 2012’s To Rome With Love. Stoll also previously collaborated with the acclaimed filmmaker on 2011’s Midnight in Paris, in which he portrayed Ernest Hemingway. Posey worked with the director most recently, co-starring in this year’s Irrational Man.

But it’s the first time Allen collaborators that make for the most surprising names on the roster. A few years ago, Stewart would’ve probably been one of the last people you’d expect to see working with the director, but the actress’s indie tour de force as of late has recently earned her new appreciation from critics. With acclaimed performances in films like Still Alice and Clouds of Sils Maria behind her, a Woody Allen flick seems like a good next move.

While it’ll be her first time working with Allen, the project will mark Stewart’s third collaboration with Eisenberg. The duo previously co-starred together in 2009’s Adventureland and this month’s American Ultra.

Still, Stewart isn’t the most unexpected member of Allen’s latest cast. Lively also makes for a pretty surprising addition. The actress has recently been primarily focused on building her lifestyle brand Preserve, although she did return to the big screen in this year’s Age of Adaline. Though the movie was neither a critical nor a commercial hit, Lively did earn good reviews for her individual performance. Perhaps this will be the next step in her acting comeback.

Meanwhile, Willis is also set to show a different side of himself in the project. While we’re mostly used to seeing him as an action star, the actor has delivered a more subtle performance every now and then over the course of his long career. This will mark his first time working with Allen though and it’ll be interesting to see what the director brings out of him.

With such an eclectic mishmash of actors making up the cast, it looks like Allen’s next film will certainly be an intriguing one. Audiences will have stay tuned for more details, but the project seems like one to keep an eye on. No official release date has been confirmed yet, but if Allen’s traditional schedule is any indication, viewers can likely expect the movie to premiere sometime next spring or summer.