Will America’s Most Notorious Psycho Be an On-Screen Hit? 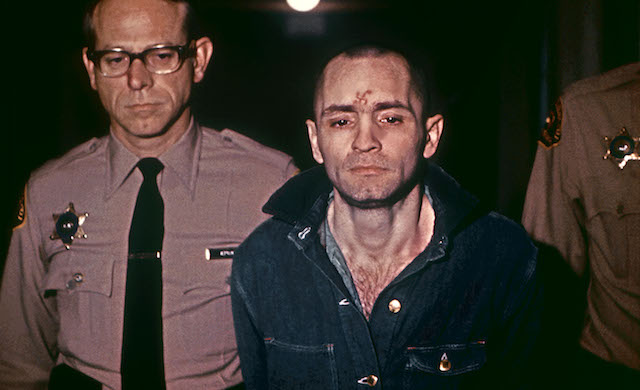 Hollywood has been very interested in retelling the story of the Manson murders as of late, with an NBC series on the subject starring David Duchovny set to air in the spring and a new film about the infamous Charles Manson in the works based on Ed Sanders’ 1971 book The Family. For both the TV show and the movie the role of the charismatic cult leader will be a coveted one, as biopics and true stories tend to get a lot of attention come awards season, and the tortured, scary nature of the character is juicy material for an actor to sink his teeth into.

The Family film is set to begin pre-production this year, according to a report from Deadline, and screenwriter Guinevere Turner, who also wrote the murder-filled Bret Easton Ellis adaptation American Psycho, is set to adapt the screenplay from Sanders’ account of the Manson murders. Sanders’ book came out in 1971, three years before the most famous book about the Manson case, Helter Skelter, was published. Helter Skelter is the best-known book that’s been written about the Manson murders, but that work has only been turned into two different TV movies, one in 1976 and one in 2004.

The Family is based on extensive interviews with not only Manson himself but also the members of his “family” who formed the cult that worshipped him and eventually killed for him. Some consider The Family to give more of an insider’s account of what happened than Helter Skelter, which was written by the lead prosecutor in the Manson trial.

“It’s exciting to explore the psychology of the young women who followed Manson,” said Turner to Deadline. “What makes a 19-year-old in 1968 follow a man to the extreme of killing innocent people for him? We all know how it ends — people die and people go to jail — but how did it get to that?”

Earlier this year, Easton Ellis himself was attached to a different project to develop a series for Fox about the Manson murders with Rob Zombie, Variety reported in February. That show would see Easton Ellis writing the script and Zombie directing. At the time, Variety said that show was in the earliest stages of production and was far from getting a green light. It’s uncertain what the status of that series is and will be once NBC starts its own Manson show.

The role of Charles Manson in the movie will be a coveted one, as leading roles in biopics tend to do well at awards ceremonies in general, as does playing a psychopath. Performances from actors playing mentally unbalanced characters have netted Oscars in recent years for Angelina Jolie, Natalie Portman, and Penelope Cruz, to name just a few.

Those two aspects in combination will make whoever snags the role a strong Oscar contender if the movie itself proves to be good, which, with the scribe behind American Psycho, it seems Roxwell Films is already assembling a solid team. Swedish director Jonas Akerlund — who’s best known for making concert films for the likes of Paul McCartney, the Rolling Stones, and Jay Z and Beyonce, as well as being signed on to make the sequel to Spring Breakers — will direct.

Since The Family focuses so much on the young, impressionable women that followed Manson, the roles of the girls who performed some of the most gruesome murders in history for him offer big acting opportunities, as well. The Duchovny show, Aquarius, also looks closely at the women involved in Manson’s cult. Duchovny plays a police officer searching for the missing daughter of a powerful man. The girl is eventually found hanging around the creepy cult leader, who turns out to be Charles Manson. Perhaps Hollywood is getting interested in revisiting the story from a feminist, or at least female-oriented, perspective.

It’s been 45 years since the brutal murders that are credited with ending the generation of peace, love, and rock and roll that defined the 1960s, but Hollywood seems as interested in the killings as ever. The event will always hold enough fascination — given the sex, drugs, crazy cult, and horrific murders — to be ripe for exploration in film, literature, and TV. But, strangely, a real quality biopic about Manson has yet to be made. This new film could fill that gap and provide whoever lands the starring role a prime chance at winning an Academy Award.