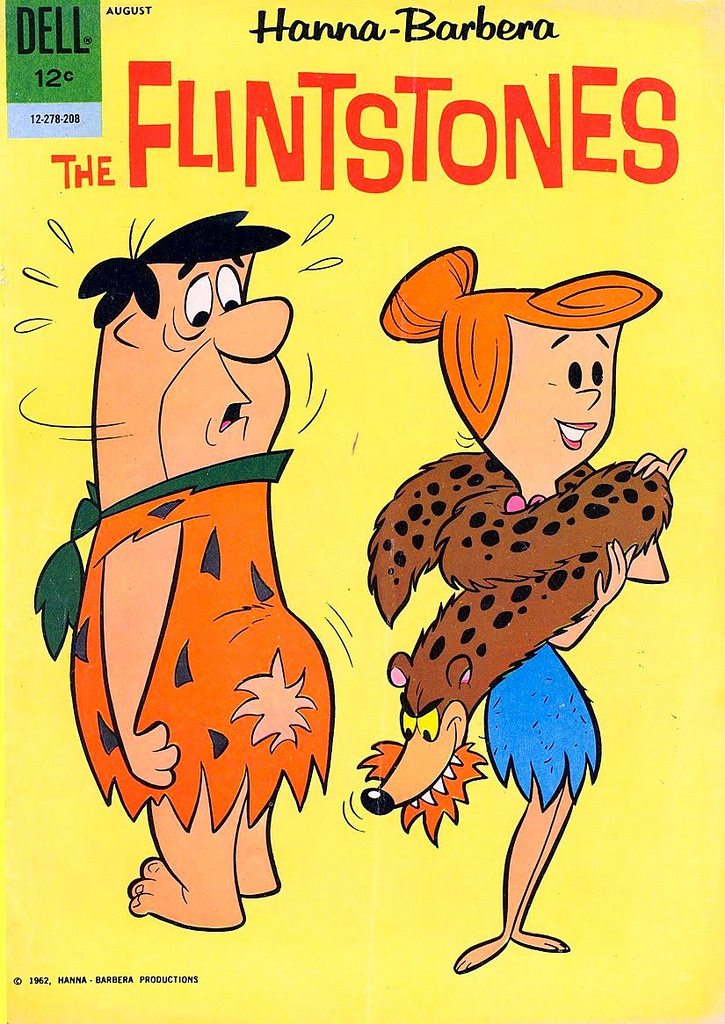 Adam McKay and Will Ferrell, the comedic duo behind Anchorman, Step Brothers, and The Other Guys, are teaming up to rejuvenate The Flintstones for the big screen.

The Flintstones, which ran from 1960-1966, was the most successful cartoon franchise until The Simpsons usurped it thirty years later. TV Guide ranked The Flintstones as the second best cartoon of all time, behind only The Simpsons (Homer’s mad dash into the garage in the opening credits is an homage to Fred’s similar situation in the original opening credits of The Flintstones, which featured the song “Rise and Shine” instead of the now more familiar “Meet the Flintstones”). The show was a family-friendly cartoon-riff on The Honeymooners, with the allusions to spousal abuse removed. (Jackie Gleason almost sued the show to have removed from television because of Fred’s resemblance to Gleason, but someone reminded Gleason that he would be known as the guy who killed The Flintstones and he dropped it.)

The now-famous commingling of the stone-age and modernity was tremendously popular, and lent itself well to the cartoon form, since obtaining a woolly mammoths and using clam shells as electric razors would be difficult for a live-action sitcom. It was loved by children, and its cultural allusions and satirical views of suburban middle-class life were appreciated by parents. Many of the tropes of the show with which modern audiences are familiar — Pebbles and Bamm-Bamm, the theme song, Barney’s Art Carney-esque demeanor — came in the later seasons.

The modern stone-age family was first brought to the big screen in 1994 for the live-action Flintstones, which took home over $340 million on a $46 million budget (Yaba daba dough!). Though the film had a stellar cast (John Goodman perfectly captures Fred’s cave-man/family man/schlubbing blue-collar worker vibe; Rick Moranis, Rosie O’Donnell, Kyle MacLachlan and Elizabeth Taylor are all also good in their roles) and the special effects were aptly cheesy and clumsy (keeping in tone with the cartoon), the film was unfortunately helmed by Brian Levant, whose other masterpieces include Problem Child II, Jingle All the Way, Snow Dogs, and the direct-to-video sequel to A Christmas Story, which came out thirty years after the classic and in no way had anything to do with the original.

The Flintstones film, to be blunt, is awful; its story involves corrupt corporate big-wigs, embezzlement, attempted murder of children, and adultery, neither of which really works in a children’s movie, but the film wants to masquerade as a children’s film and never really commits to its adult ideas. The film was follow six years later by a poorly-received prequel that flopped at the box office, and the franchise has been dormant since.

If The Flintstones has to make a come-back (and apparently it has to), Adam McKay and Will Ferrell seem like the right pair for the job. Ferrell doesn’t have the commanding, baritone grumpiness of John Goodman, but he does schlubby like no one else, and his comedic chops, along with McKay’s sharp writing, will certainly make the movie fun for older audiences. But Ferrell and McKay are only confirmed to be exec-producing so far, so Ferrell might not actually be playing Fred Flintstone.

It’s still early in development, so who knows. Hopefully they don’t decide to go with the gritty-aesthetic, like every other remake and reboot, though a scene of Fred being eaten by a T-Rex might be kind of fun.