Will ‘Hash/Slash’ Become the Next ‘The Walking Dead’? 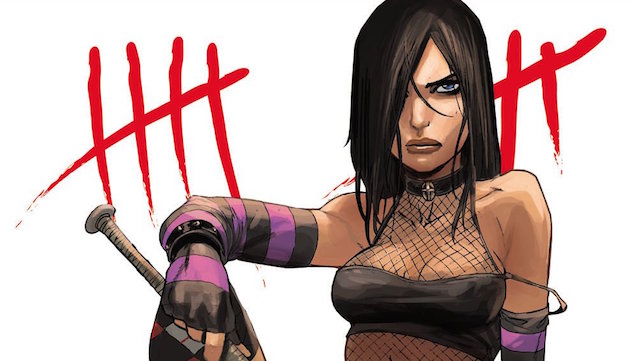 Following the success of The Walking Dead and Fear the Walking Dead, another horror comic is about to get the small screen treatment. According to The Hollywood Reporter (THR), Cult series Hack/Slash is reportedly now getting adapted into a television show, courtesy of Relativity Television.

Created by Tim Seeley and Stefano Caselli, Hack/Slash first launched in 2004, originally by Devil’s Due and later by Image Comics. It follows the story of Cassie Hack, a tough-as-nails horror victim who turns the cliché of being the lone survivor on its head by dedicating her life to hunting down and killing “slashers” — the dead and undead beings who prey on teenage girls.

Along with Vlad, her partner-in-crime and burly protector, Hack travels across the country to take down well-known slashers in the vein of Halloween‘s Michael Myers, Friday the 13th‘s Jason Voorhees, and A Nightmare on Elm Street‘s Freddy Krueger.

A screen adaptation of the comic has long been in the works, although it was previously set up as a feature film. Over the years, directors such as Marcus Nispel (Conan the Barbarian), Fredrik Bond (The Necessary Death of Charlie Countryman), and Todd Lincoln (The Apparition) have been attached to the project, as have writers Justin Marks (2016’s The Jungle Book) and Stephen Susco (The Grudge). But after years stuck in development with little progress, Hack/Slash is now being reworked as a television show.

According to THR, Relativity Television has acquired the rights to bring the comic series to the small screen. Skip Woods is on board to pen the script for the developing series. Woods is most known for his work in the action genre, although most of his high-profile projects, which include films such as Swordfish, A Good Day to Die Hard, and Hitman, have received mixed reviews at best. Hopefully, he can do better leaving the action-oriented gigs behind and trying out horror.

In addition to penning the script, Woods will also executive produce Hack/Slash alongside Ray Ricord (Limitless) and Adrian Askarieh, who first optioned the comic back in 2005. Daniel Alter (Hitman) and Geoffrey Yim (Sabotage) are signed on to co-executive produce as well.

The project is still in the early stages of development, so no director is attached just yet. Per THR, the producers are currently on the hunt for the right match to oversee the Hack/Slash adaptation. The goal is to make the show with a dark and gritty tone, in the same mold as AMC’s hit The Walking Dead.

Given The Walking Dead’s popularity, it’s no surprise that Hack/Slash wants to take its cues from the show. But it still has a ways to go before it can become the next comic-inspired hit. In addition to nailing down a director, the project also has to find the right network home. One possibility? Launching at Starz would give Hack/Slash the opportunity to crossover with the channel’s Ash vs. Evil Dead series, just like in the comics.

Fans of Hack/Slash will have to stay tuned to see where the series lands. In the meantime, there are plenty more non-superhero-oriented comic adaptations to look forward to, including AMC’s upcoming Preachers, which kicks off next year.