Will Hobbs and Shaw Be Friends or Enemies in ‘Fast & Furious Presents: Hobbs & Shaw’? 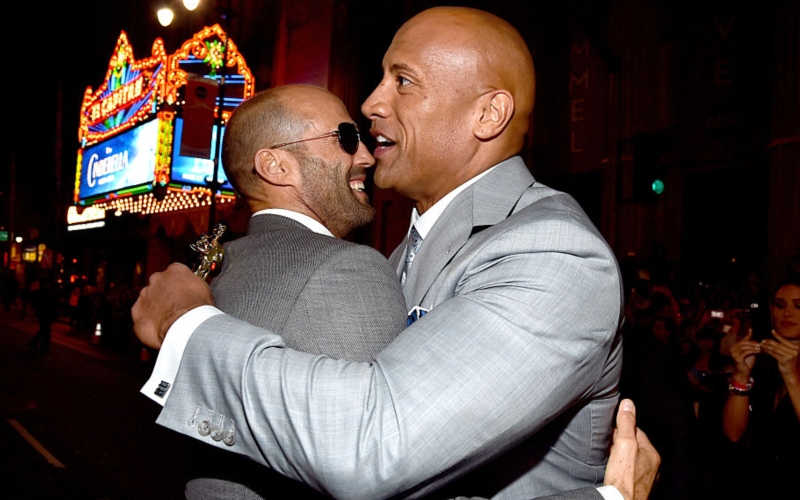 Luke Hobbs (Dwayne Johnson) and Deckhard Shaw (Jason Statham) are getting their own movie, Fast & Furious Presents: Hobbs & Shaw. But will they be enemies or friends? Here is everything to know about their relationship in the upcoming movie.

Shaw and Hobbs definitely didn’t see eye to eye in the past. Agent Luke Hobbs had the task of hunting down Owen and Deckard Shaw. But fans were able to see they had more in common than they thought because Deckard Shaw was in the British military before becoming a mercenary.

Dwayne Johnson talked more about what their relationship will be like in the new movie. “Going in to Hobbs & Shaw, they still have a very biting chemistry,” Johnson told Entertainment Weekly “and they are polar opposites of each other in every sense of the word: from where they’re from, how they talk, what their likes are, what their philosophies are, what their fundamental core values are.”

He said the two characters will still be drawn to each other despite their differences. “But yet, they still have this magnetic attraction that happens between them that the universe brings them together,” continued Johnson “certainly against their will. And I guess a good way to describe it is you have two guys who don’t really like each other, love to slap each other around, always think that they’re right, and will always have each other’s back — but they will never admit it.”

I learned a long time ago (when I was a very sinful eyebrow raising villainous man in the crazy world of pro wrestling;) that heroes are only as great as their greatest villains. A pleasure to introduce the man himself @idriselba we brought in to our Fast & Furious franchise to wreak havoc, hell and mayhem on our heroes HOBBS & SHAW. The name: BRIXTON. The record: UNDEFEATED. The promise: SHOWDOWN OF ALL SHOWDOWNS. So cool having my brother @idriselba come and play in our sandbox. This one’s been years in the making!! As I always say, we either gonna get along or we gonna get it on… and fuck getting along #BRIXTON #TheConsequenceAgent #HellRaiser HOBBS & SHAW SUMMER 2019 @hhgarcia41

Hobbs and Shaw will have to put more of their energy into taking down Brixton, played by Idris Elba. Dwayne Johnson announced the news in an Instagram post. He described the villain as being “undefeated.” Johnson talked more about the new character.

“Our goal with Idris to make him the baddest villain the franchise has ever seen,” Johnson told Entertainment Weekly. “Coming in, he is undefeated. And for a guy who is undefeated, three men enter and either one man leaves or two leave.”

He then continued with saying “He’s a big man and he’s a legitimate bada** and a legitimate martial artist. I’ll tell you this, the past 10 days have been the finale; we’ve been shooting the big main event between us and Brixton. We’ve been fighting and it’s been pretty bada** and painful, but great.”

Building out our Fast & Furious franchise step by step. In our spin-off, HOBBS & SHAW, I have a nice new friend. Meet “Hattie Shaw” played by my homegirl, @vanessa__kirby. Hattie loves the following/ Longs walks on the beach. Being a bad ass MI6 Operative. Drinking tequila with Hobbs. And not in that order. Hattie also happens to be the sister of Deckard Shaw, who’s played by @jasonstatham. It tortures him that his sister Hattie is kickin’ it with Hobbs. His pain makes me very happy. But what makes me happier is welcoming this crazy talented actress and cool chick to our movie. Havin’ a blast together. Building out the franchise step by step. #HattieShaw #MI6BadAss #TequilaDrinkerWithHobbs HOBBS & SHAW

There will be more new characters in the upcoming movie. Hattie Shaw who is Deckard’s sister will be played by Vanessa Kirby. Johnson teased the character on his Instagram saying she “Hattie loves the following/Longs walks on the beach. Being a bad a** MI6 Operative. Drinking tequila with Hobbs. And not in that order.” It also turned out that Deckard Shaw isn’t thrilled that they get along.

Johnson also announced that Eiza González will be playing Madam M. There is less known about her character but Johnson did make it seem like she will be a tough character.

So Deckard Shaw and Luke Hobbs will be on the same side again but still have their back and forth. It looks like Shaw’s sister might be a new sore spot with them, but they will have bigger problems with their new enemy.

Read more: The Rock and Vin Diesel’s ‘Fast 8’ Feud: Here’s What We Know