Will Jack Brooksbank Get a Royal Title? 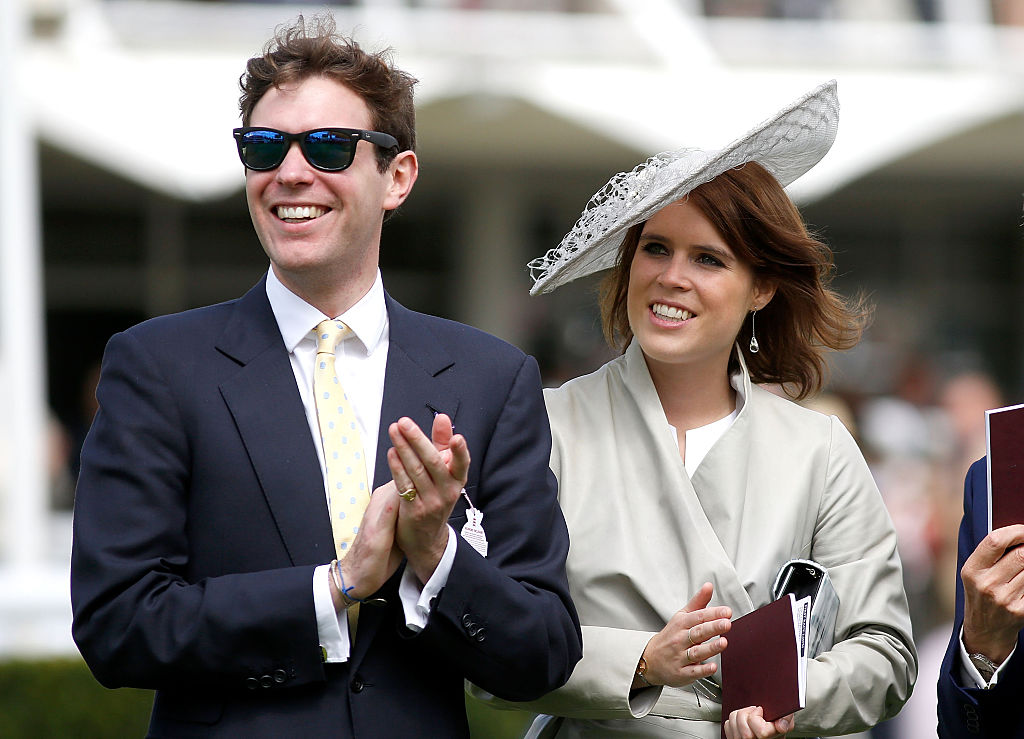 Here’s what we know about whether Jack Brooksbank will get a royal title.

According to the couple, it was love at first sight. Jack was friends with Princess Eugenie’s cousin, Prince William. The couple officially met back in 2010 during a Switzerland ski trip. Eugenie’s family was celebrating the 50th birthday of her father, the Duke of York. Princess Eugenie and Jack told the host of BBC’s The One Show With Matt Baker their meeting was “love at first sight.”

Will Jack Brooksbank get a royal title?

When a woman is the one with rank, the male does not get a title. So, Jack won’t automatically become a prince. So, Eugenie retains her title, but she could take Jack’s last name if she chooses, according to BBC.

What will Jack Brooksbank be called after he marries Princess Eugenie?

It’s unlikely the Queen will grant Jack a title on his wedding day. So, he will remain simply Jack Brooksbank. However, there were rumors that Princess Eugenie’s father asked the Queen to give his daughters future husband titles. However, he later said this rumor wasn’t true. This is what Prince Andrew said in a statement: It is a complete fabrication to suggest I have asked for any future husbands of the Princesses to have titles. There is no truth to the story that there should be a split between The Prince of Wales and I over my daughters’ participation as members of the royal family and any continued speculation is pointless.

According to Kensington Palace, the couple announced they will allow 1,200 people from across the United Kingdom to come to the grounds of Windsor Castle to participate. “The attendees will view the arrival of the congregation and Members of the Royal Family, listen to a live broadcast of the Marriage Service and watch as the Bride and Groom depart St George’s Chapel at the end of the ceremony,” said the announcement.