Will Jim Parsons of ‘The Big Bang Theory’ Continue to Dominate the Emmys? 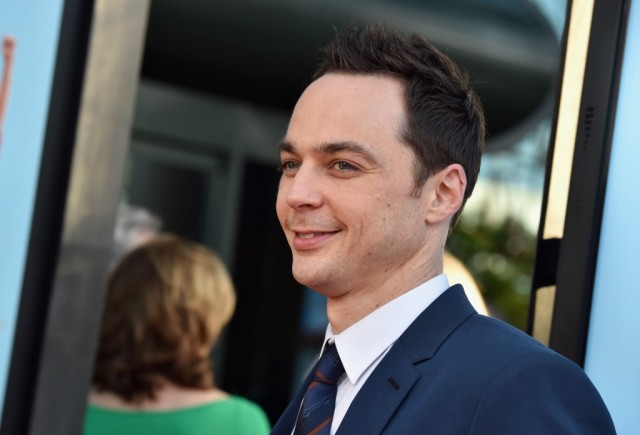 To the surprise of pretty much no one, Jim Parsons was once again nominated for an Emmy last week for his role as the absurdly neurotic and brilliant Sheldon Cooper on the CBS sitcom The Big Bang Theory. This marks the actor’s sixth consecutive time earning the recognition for the role. But that wasn’t the only TV project he was nominated for this time around. Parsons also earned a nod for his role as Tommy Boatwright in the HBO film about HIV/AIDs, The Normal Heart.

Parsons, who says he was up and getting ready for a doctor’s appointment at the time the nominations were announced, spoke to Entertainment Weekly about his reaction. “I’m a little floored, I’ll be honest,” he said. “The very first thing that hit me, and it took a while to sink in was, how lucky am I that I was a part of two different projects that have both been deemed mentionable, if you will, by the peers for this year. “

Parsons, who has admitted to auditioning for anywhere between 15 and 30 TV pilots before the Big Bang Theory was finally picked up, has previously won a Golden Globe for Best Actor in a TV Series Comedy and last year, and he won his third Emmy for Outstanding Lead Actor in a Comedy Series (he also won in 2010 and 2011). His success hasn’t been a surprise, given his critically acclaimed performance in the show since its debut in 2007.

In his years on the series, Parsons has been praised for his ability to handle fast-paced, rhythmic dialogue. He’s also been compared to Buster Keaton and other silent film stars for his physical comedy, in particular the facial gestures and telling silences that follow many of his lines.

There’s no question that Parsons’ stellar work as Cooper has helped give the show the success it has had and continues to have. The Big Bang Theory has brought in big ratings for CBS since its premiere and continues to be one of the most the most-watched comedy series in the world. During the 2012-2013 season, it held an average of 18.86 million viewers and replaced American Idol in the second spot of network primetime series rankings among the 18- to 49-year-old demographic. It’s doing so well that CBS confirmed an eighth season in February before going on to give the show a rare three-season renewal on top of the eighth season, ensuring that the series will be going on through the 2016-2017 season and reach at a least a 10th season.

The Normal Heart nomination marks another level of success for Parsons, though, as it proves his ability to excel in both comedy and drama. The actor says he’s particularly honored to receive recognition for his turn as Boatwright, a character that he’s actually played twice, once in the HBO film and once in the 2011 Broadway production. “The project was so important to me. The chance to play that part, a character I just love. A character who was so blessedly different than the one that I play on TV every day,” he told Entertainment Weekly. “You know, to be recognized for my work in that, it means the world to me. I can’t overstate it enough.”

While Parsons faces stiff competition in both of the categories he’s nominated in, going up against three of his own Normal Heart co-stars for Supporting Actor, Miniseries or Movie, as well as Louis C.K. and Ricky Gervais for Best Actor in a Comedy Series, he’s obviously an awards season favorite. Whether he wins or not, it’s safe to say Parsons’ career will only continue to thrive and likely has many more nominations in the future.