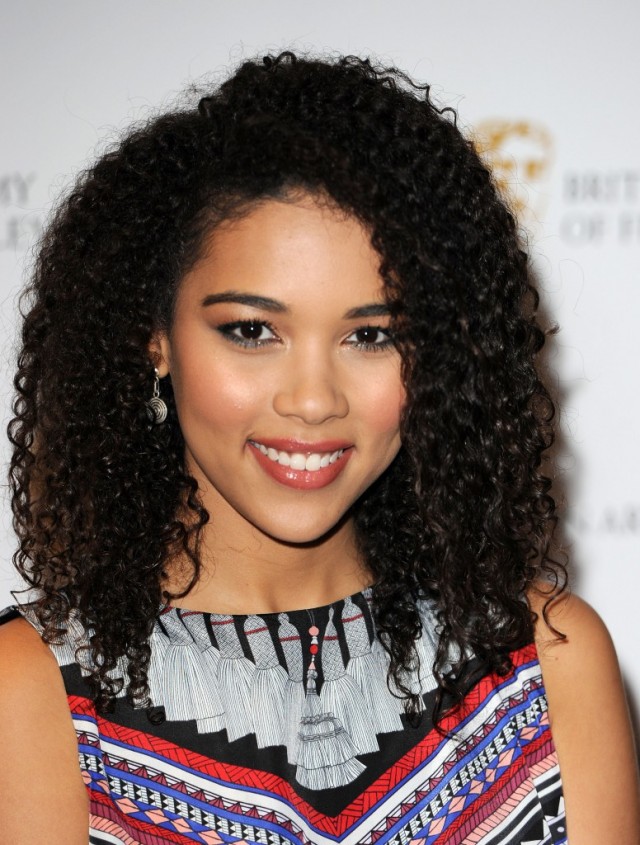 Former Nickelodeon star Alexandra Shipp will play singer Aaliyah in the upcoming Lifetime biopic Aaliyah: Princess of R&B. The actress joins the project less than a month after the film’s initial star, Zendaya, pulled out of the lead role, leading production to be temporarily put on hold.

Talk show host Wendy Williams publicly confirmed that 23-year-old Shipp will be playing the beloved singer on Friday, along with revealing that she’ll be executive producing. “I’m excited to exec produce the Aaliyah @lifetimetv movie w/ @DebraMChase,” she tweeted. “Prod starts later this month and @AlexShipppp will play Aaliyah.”

Shipp has previously been featured on Nickelodeon show House of Anubis and the movie Alvin and The Chipmunks: The Squeakquel, as well as guest-starred on ABC Family’s Switched at Birth and MTV’s Awkward. The actress will have her work cut out for her leading the project, as the movie has already caused its fair share of controversy.

Fans lambasted Zendaya’s casting on social media, claiming the 17-year-old was too light-skinned to play the late singer, who died at the age of 22 in a plane crash in 2001. After exiting the project, the young Disney star declined to offer much explanation for her decision, other than a brief statement on Twitter that read, “Aaliyah has always been a source of inspiration to Zendaya. She was honored to portray her and pay tribute to her. If she is going to do it, she wants to do it right.”

Meanwhile, Aaliyah’s family members also made it clear that they weren’t lending to their support to the project, saying, “She deserves to have a tribute much more grand than a television network debut that won’t even consider the perspectives of those who were closest to Aaliyah.”

After news of Shipp’s casting was released on Friday, Zendaya released a more in-depth statement in a series of Instagram videos, explaining exactly why she dropped out of the role.

“The reason why I chose not to do the Aaliyah movie had nothing to do with the haters or the people telling me I couldn’t do it, I wasn’t talented enough, or I wasn’t black enough,” she said. “The main reasons were the production value wasn’t there, there were complications with the music rights, and I just felt like it wasn’t being handled delicately considering the situation.” The actress also revealed she had tried to reach out to Aaliyah’s family with a letter, but was unable to make contact with them and subsequently felt “not morally OK” going forward with the movie.

Despite the public dispute the project has already caused, Shipp doesn’t seem to be worried. “It’s like God keeps making life better, I swear thank you universe!!! #amazingnewstocome,” she tweeted ahead of the announcement.

Still, some fans have already expressed disappointment not just at the casting, but that Lifetime is pushing the movie forward at all. Production on the film is expected to begin taking place in Toronto in late July, although no release date has been confirmed just yet. But it’s clear that devoted Aaliyah admirers aren’t putting much faith in the project, regardless of who is in the title role.