Will ‘Selma’ Stars Give Disney Its Next Hit? 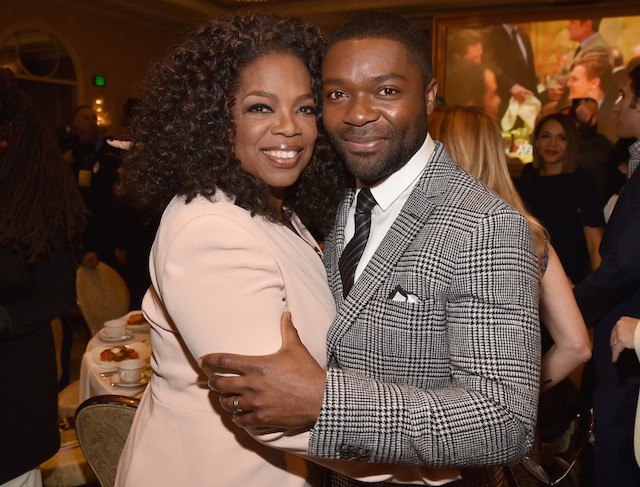 Selma co-stars Oprah Winfrey and David Oyelowo may soon be teaming up again for another high-profile project. The duo is reportedly in talks with Disney to help develop a new magical family drama, entitled The Water Man.

Written by newbie Emma Needell, The Water Man chronicles the story of a precocious young boy Gunner, whose mother is very ill. In order to try and save her, he runs away from home to try and find a mythical and legendary character called the Water Man, who has been rumored to be able to cheat death. Though the boy is extremely close to his mother, he and his father, Amos, have always had an adversarial relationship. But the two are forced to learn more about each other when Amos discovers that his son has gone missing and sets out on a search to find him. Per Deadline, the movie has been described as mixing elements of Stand By Me with the tone of famous Steven Spielberg films, like E.T. or Close Encounters Of The Third Kind.

So how exactly do Winfrey and Oyelowo fit into the project? According to Deadline, Disney is currently in discussions with the two stars to produce the upcoming feature project via their respective production banners, Harpo Films and Yoruba Saxon. So far, no official agreements have been made. However, if a deal does close, Oyelowo would also star in the film, taking on the role of Gunner’s father, Amos.

Should they officially board the project, this would mark the second time that Winfrey produced a starring vehicle for Oyelowo. The two previously collaborated on 2014’s critically acclaimed historical drama, Selma, which was nominated for Best Pictures at the Academy Awards earlier this year. In that film, Winfrey portrayed civil rights activist Annie Lee Cooper in addition to producing, but it looks like she’ll stay behind the camera for The Water Man.

News of the project comes at a little bit of a tumultuous time for Disney. Brad Bird’s Tomorrowland, starring George Clooney, didn’t perform nearly as well as expected, earning a projected worldwide gross of under $200 million. With a production budget of $180 million plus another whopping $150 million for marketing, the film’s lackluster reception has reportedly cost the studio up to $140 million. The loss also reportedly spurred Disney to pull the plug on Tron 3 (although that project had never been officially confirmed).

While Tomorrowland’s failure was obviously a financial blow for Disney, it’s good to see that the studio is still willing to take a chance on some original concepts like The Water Man. Securing an acclaimed team like Oyelowo and Winfrey would certainly be a promising start for the project, which has yet to find a director or a co-star to take on the younger role opposite Oyelowo.

In the meantime, the actor has plenty of other projects in the pipeline. He will star alongside Kate Mara in September’s crime drama, Captive. He is also set to star in and produce A United Kingdom and recently joined the cast of Peaky Blinders director Otto Bathurst’s feature debut, Three Seconds.

Winfrey is also staying busy behind the camera. As announced earlier this year, she’s planning on re-teaming with Selma director Ava DuVernay to develop Queen Sugar, a drama series for her cable network, OWN.

As for Disney, audiences will have to stay tuned to see if it can find a profitable original hit in The Water Man. In the meantime, the studio continues to focus on producing surefire slam dunks, like the future Star Wars films, an Alice in Wonderland sequel, and another Pirates of the Caribbean installment. The  animated sequel Toy Story 4 is also in the works, as are several more live-action adaptations of classic kids stories, like Jungle Book and Beauty and the Beast.