Will Steven Spielberg Hit or Miss With ‘Bridge of Spies’? 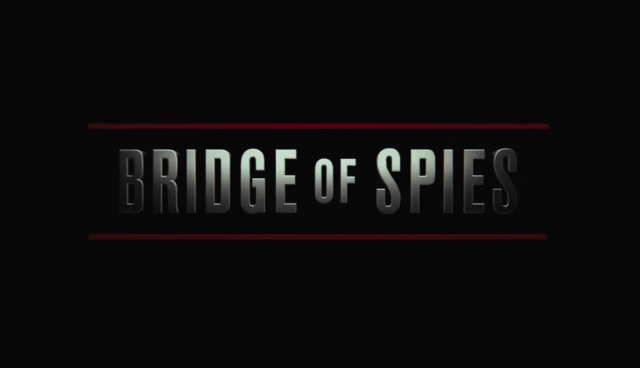 There’s no one out there that can deny Steven Spielberg’s place in the pantheon of cinema’s greatest directors. His body of work includes classics like Schindler’s List, Jaws, Close Encounters of the Third Kind, and a whole lot more, forever placing him among an elite group of iconic filmmakers. Lately though, his output has slowed to a trickle, with his focusing instead turning to producing. Last time we heard from him, he was busy hauling in awards left and right for 2012’s Lincoln, starring Daniel Day-Lewis. Three years later, it would appear as though he’s finally resurfaced with Bridge of Spies, due out this fall.

Bridge of Spies is a Cold War thriller following the true story of a lawyer placed by Tom Hanks, tasked with negotiating the trade of a captured Russian spy for an American counterpart shot down over the Soviet Union. Based on what we can make of the trailer, it carries with it classic Spielberg elements: Hanks working for the U.S. government, a biopic storyline, and a snapshot-esque depiction of America’s history of war.

Already we’ve seen Spielberg dig into World War I (War Horse), World War II (Saving Private Ryan), and the Civil War (Lincoln). For his next try at American history, we’ll him paint a picture of the Cold War Era United States, a time of paranoia and persecution that had the world on the brink of total annihilation. We’ve already seem him succeed at the espionage game with Munich back in 2005, so needless to say Bridge of Spies should be an intriguing continuation of that trend. That being so, it’s been awhile since Spielberg has been in the game, and modern audiences are more excited for the next Marvel movie than they are for your run-of-the-mill period-piece wartime biopic.

This brings us to wonder whether or not audiences currently counting down the days until the next Star Wars movie will be equally as excited for Spielberg’s return to the director’s chair. Bridge of Spies itself seems like a thrilling concept, and with its release date of October 15, it hits theaters right in the throes of Oscar season. That being so, it’ll need to lean hard on critical buzz more than lofty box office numbers, something that could eventually play well into its favor. Essentially, it’ll need to be an award-worthy offering in order to meet the incredibly high standards Spielberg’s career has set for him.

Despite its lofty expectations though, it’s safe to say that this is a genre that the directing great has traditionally thrived in. It checks off most (if not all) of the necessary boxes that encapsulate a typically great Spielberg film. Really, we’ve rarely seen him fall flat with a war drama; even War Horse, a movie regarded as one of his lesser offerings, hit 77% on Rotten Tomatoes. The higher the bar though, the longer the fall should Bridge of Spies fail to live up to its promise as Spielberg’s return to glory.

Bridge of Spies holds the potential to fall into one of two categories: Another amazing addition to an already stunning resumé for one of the greatest directors in Hollywood today, or Indiana Jones and the Crystal Skull. Since (we’re assuming) inter-dimensional aliens won’t figure much into the plot of a Cold War spy thriller, we’re leaning on the former rather than the latter.