Will Tarek and Christina El Moussa from ‘Flip or Flop’ Ever Get Back Together?

Watching Tarek and Christina El Moussa seamlessly navigate co-hosting their hit shop Flip or Flop together even though they’re divorced has some fans wondering: Could the pair be headed for reconciliation?

It certainly wouldn’t be the first time a divorced couple decided to give marriage another shot. But in the case of Tarek and Christina, things are a little more complicated. Just because they’re maintaining a professional relationship beautifully, it doesn’t mean the pair is headed back to the altar.

They were colleagues before they were lovers

Tarek and Christina met while working at a real estate office together and at first their relationship was nothing but business. Of course, that changed, but the point is that the pair has a history of working together without being romantically connected. It’s not beyond comprehension that they could do it again. 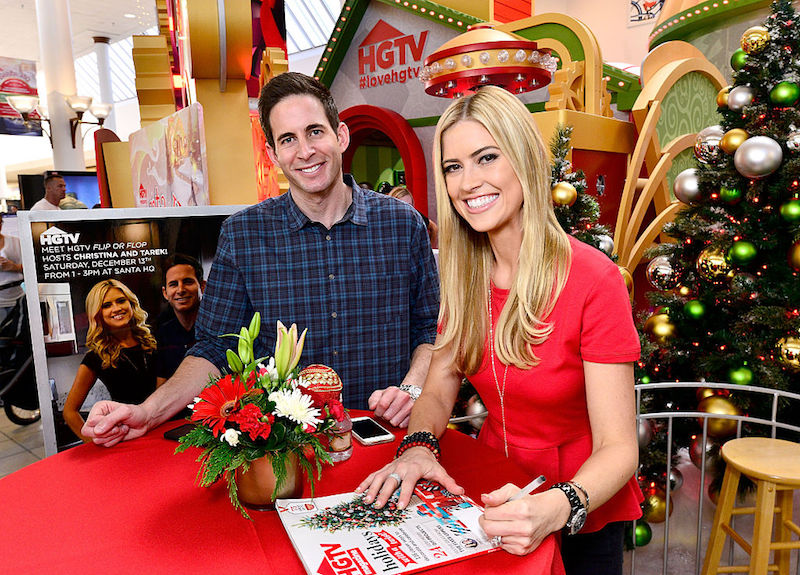 The couple knew they wanted to be famous

Tarek and Christina got married in 2009 – the perfect time to start a home flipping career. The aftermath of the housing bubble meant tons of foreclosures flooding the market, which the El Moussas used to their advantage. But the pair didn’t just sit around hoping to get noticed. Instead, they went out seeking a deal for a television show.

As Tarek told Country Living, “We just started flipping houses and we took a long shot and sent a production company an e-mail. They liked us and said to send a home video. We did, and they liked it. A year-and-a-half later, HGTV picked us up for a pilot.”

Making it through rough patches is what separates strong marriages from those that are susceptible to failure. The major difference for Tarek and Christina was that everything they did was being scrutinized by their massive fan base. There was no escape and retreat, no way to take a break – they were stuck working together and making public appearances even through the worst of their personal trials.

It all started when a fan noticed a lump on Tarek that turned out to be thyroid cancer. He was going through radiation at the same time Christina was also undergoing painful, stressful in vitro fertilization treatments. The stress from all these events wore down the couple, who already had a young daughter at home to care for, too. Tarek also suffered a traumatic back injury that he downplayed at the time. Later, the Flip or Flop co-host admitted that he was living on pain pills and lost about 50 pounds over the course of 18 months. His demeanor changed and no doubt this affected his relationship greatly.

Christina gave birth to their son, Brayden James in August 2015 and went back to work almost immediately. “It was too soon,” she told People. “I was overwhelmed.”

All these events eventually led to the couple’s split in May 2016. They kept their separation quiet at first, but eventually, the news broke and fans even discovered an incident with Tarek and a gun where the cops were called. It was reported as a potential suicide threat, though Tarek maintains the whole thing was “blown out of proportion.”

The first thing on Tarek and Christina’s minds is being the best possible parents to their two children. Next on the list? Figuring out a way to navigate the new world of co-hosting a show together without being together.

“When our marriage fell apart, it was more public than we could ever have imagined,” Christina said. Tarek continued, “But we’re picking up the pieces and we’ll still work together to support our kids.”

Moving on seems a little easier on Christina – or at least, she’s the one who found love first. She’s currently in a relationship with British TV presenter Ant Anstead. That was after she had a sort of disastrous relationship with Doug Spedding. Will they ever get back together?

According to a friend of the pair, they are never, ever getting back together. “I know 100 percent they’re never getting back together,” she told Radar online. And while some fans may be excited by their dynamic on new episodes of Flip or Flop, it seems unlikely that they’ll get remarried anytime soon. In fact, there are rumors that things are heating up between Christina and her new beau Anstead, with him spending more time at the house and with the kids.

For now, Tarek is happily single and just focused on building his professional life. Maybe the two are happier when they’re apart – and that’s OK.