Will ‘The Catch’ Be Another Hit for Shonda Rhimes? 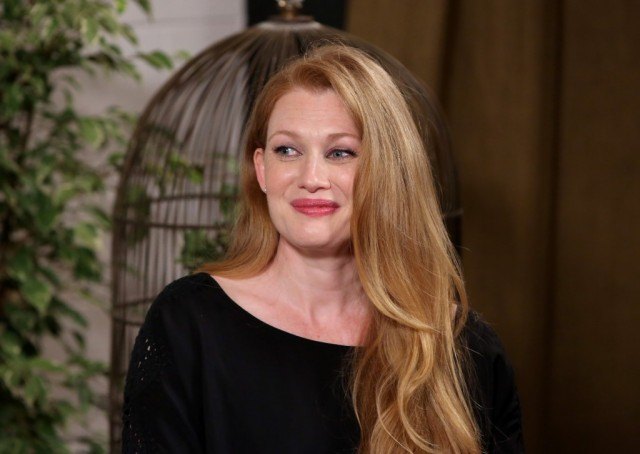 Mireille Enos is on her way to becoming Shondaland’s newest leading lady. The actress has been cast in the lead role in ABC’s drama pilot The Catch, produced by Grey’s Anatomy and Scandal creator Shonda Rhimes.

As the network previously announced, The Catch is a thriller that centers on a woman unknowingly engaged to a conman. But what her shady fiancé doesn’t know is that she also isn’t all she claims to be. When her job leads her to uncover her fiancé’s expertly planned con, the two plunge into a dangerous game of cat and mouse. Hannibal‘s Jennifer Schur is set to pen the script for the pilot, while Julie Anne Robinson will direct and executive produce alongside Rhimes and Shondaland partner Betsy Beers.

According to Variety, Enos has signed on to play the protagonist, Alice Martin, who is described as “a feisty woman with a nervy spirit.” A tough and minimalist woman, Alice is dedicated to her job as a forensic accountant in Chicago. Though she is engaged to a man named Kieran, she feels uneasy about their pending wedding and is unsure whether she should go through with it.

The role marks a return to the small screen for Enos, who is best known for her starring turn on The Killing. The actress earned Golden Globe, Emmy, and Critics Choice Award nods for her portrayal as Sarah Linden on the AMC show, which later went to Netflix for its final season. The actress has also held several notable parts on the big screen, including roles in the Brad Pitt flick World War Z, 2013’s Gangster Squad, and the 2014 releases The Captive and If I Stay.

Enos’s past experience in thrillers like The Killing may come in handy for her role in the forthcoming pilot from Rhimes, whose shows are known for their twisty and often unpredictable plotlines. From the sound of the synopsis, viewers can expect plenty more of that from The Catch, should the project get picked up to series.

As of now, the pilot, which will shoot in Austin, is still working on filling out the rest of its cast. So far, only one other role has been announced. According to Variety, French film actor Jacky Ido has also signed on a series regular as federal agent Delgado, who becomes suspicious of Alice.

If The Catch does eventually make it past the pilot stage, it would mark the fourth Shondaland show on ABC’s lineup. The network currently has an entire night devoted to shows from the production company, known as the Thank God It’s Thursday block and consisting of Grey’s Anatomy, Scandal, and Rhimes’s newest hit, How to Get Away with Murder (which was just renewed).

It remains to be seen whether The Catch can prove to be as big a hit as her other titles, but the potential show sounds like the kind of pulse-pounding drama that would fit right in with Rhimes’s other series. If that turns out to be the case, Enos could soon find herself among the ranks of Shondaland’s other critically acclaimed female stars: Grey’s Ellen Pompeo, Scandal’s Kerry Washington, and HTGAWM’s Viola Davis.

The Catch is just one in a slew of drama pilots that the network has in development for the 2015-2016 season, including the Biblical saga Of Kings and Prophets, the procedural L.A. Crime, and the Paula Patton-starring gun-trade drama Runner.