Will ‘The Detainee’ Be ‘The Hunger Games’ for Adults? 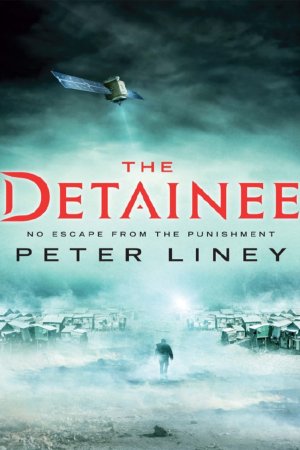 Another dystopian story is heading to the big screen. British playwright Peter Liney’s novel The Detainee, often described as a more adult-skewing version of The Hunger Games, has just been picked up for a film adaptation.

According to The Hollywood Reporter, Thunder Road and Film House Germany have optioned the film rights to the book, which was published in 2014 and is Liney’s debut novel. The Detainee takes place in a post-apocalyptic world in which the state has gone bust and can no longer support its weakest members. It centers on the story of “Big Guy” Clancy, who along with the rest of society’s weakest members, has been shipped to The Island, a deserted and hopeless outpost where satellites dole out instant punishment to anyone who breaks the rules or tries to escape. The Island gets even more dangerous at night, when fog blinds and young gangs conduct terrifying raids. But when Clancy manages to uncover a network of tunnels beneath the waste, the Island’s inhabitants suddenly have hope — for love, for escape, and for the chance to fight back.

Given how hugely popular the dystopian genre has become in films and TV in recent years, The Detainee’s story seems to fit in well within the trend – especially since it’s only the first in a trilogy, like other similarly-themed bestselling series, The Hunger Games and Divergent. But though the novel has drawn comparisons to both of those franchises, as well as the classic Lord of the Flies, it does stand apart from the pack in one notable way.

Instead of focusing on teen subjects, like the previously aforementioned titles, it’s the elders that are thrown into danger and blamed for society’s woes in The Detainee. In fact, all of the primary characters in Liney’s novel are middle-aged. That’s a marked departure from the protagonists at the heart of the popular dystopian tales currently on screen, like Jennifer Lawrence’s Katniss Everdeen in The Hunger Games, Shailene Woodley’s Tris Prior in Divergent, and Dylan O Brien’s Thomas in The Maze Runner.

The change to the usually younger-skewing genre will make adapting the story to screen especially interesting. Given its focus, The Detainee will require an entirely different set of actors, with a lead more akin to Liam Neeson than Liam Hemsworth. That also means that while general fans of post-apocalyptic works may be intrigued by the project, the adaptation will also likely depend on drawing a more mature audience to movie theaters. But given that The Hunger Games owes part of its success to its young, loyal fanbase, the question remains, can an adult-skewing dystopian make for as lucrative a franchise?

That remains to be seen, but the project is off to a strong start, having already recruited one of the same names that helped put YA dystopia on the map. Per THR, Grant Pierce Myers has signed on to pen the coming film adaptation of The Detainee. Myers was also behind last year’s big screen version of The Maze Runner, which ended up becoming a sleeper hit at the box office and grossing more than $340 million worldwide.

It’s unclear when exactly The Detainee will be heading to the big screen, as the project is still in early stages of development. Into The Fire, the second novel in the Clancy trilogy, was released earlier this month.