Will There Be Another ‘Blade Runner’ Sequel After ‘2049’?

Blade Runner 2049, the sequel to Ridley Scott’s touchstone science-fiction film, is about to open in theaters nationwide. These days, it’s rare to see a major blockbuster sequel that doesn’t plant the seeds for more films to come, so is that the case with Blade Runner? Should we expect a third installment in the series?

One thing that’s for sure is that when Denis Villeneuve was hired for Blade Runner 2049, it was to direct a one-off movie. So if any sequels to Blade Runner 2049 are made, they won’t be part of the original plan.

“When I jumped on board, it was really to make a standalone movie – one movie – and I never had any pressure to think about what would come after,” Villeneuve told Collider.

However, Villeneuve went on to reveal that Ridley Scott has ideas for a third movie, and if 2049 does well, it could get made.

“I think it’s more a question you should ask the producers,” Villeneuve said. “They are very passionate about this world and I’m sure that if the reaction is positive towards this one, they could come back with another idea. Ridley Scott has some ideas.”

Indeed, Ridley Scott in the past has suggested that there could be more Blade Runner movies after 2049. While promoting The Martian in 2015, Scott was asked if he wanted to make a whole string of sequels with Blade Runner like he was planning with Prometheus. Scott said, “Everyone else is, so why not? I love to work. The French say, ‘Work to live,’ and I live to work. I’m very lucky to have a job that I adore.”

So Villeneuve and Scott feel that Blade Runner 2049 works as the end of the series but that there’s definitely room for more. Whether that happens is a decision that will be made based on the reception to 2049. But assuming Warner Bros. orders a third Blade Runner, would Denis Villeneuve return in the director’s chair? When The Los Angeles Times asked Villeneuve this question, he seemed a bit too exhausted after making 2049 to really commit to anything.

“This movie is just out of the oven,” Villeneuve said. “I have no distance from it at all. I’m still making my peace with it. So a third one — if there is a third one — is not something I’ve thought about at all. For me, it was enough to try to stay on the horse for this run, you know?” 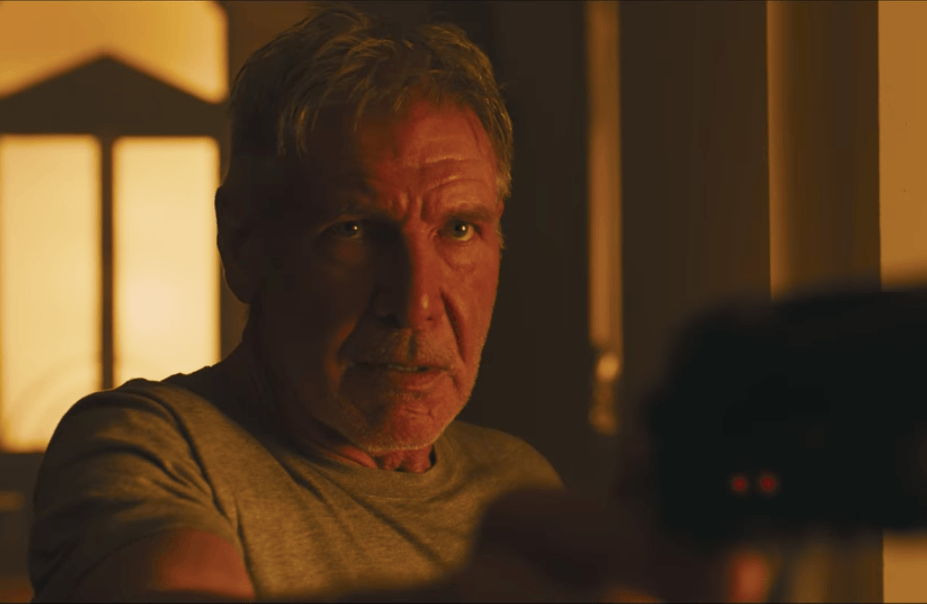 When Screen Daily asked Villeneuve what he wanted to work on next, he said he had a few ideas for more science fiction movies, and he hinted that he might not be done with the Blade Runner universe just yet.

“I have two more ideas now that I would love to do,” he said. “[And] Blade Runner could go on… we’ll see how this one goes.”

Since that interview, Deadline reported that Villeneuve is in talks to direct Cleopatra for Sony. He will also evidently be working on a Dune adaptation at some point.

Ryan Gosling has said that he’d be interested in returning to a third Blade Runner movie, as long as there’s a compelling reason to.

“If there was a story to tell that was worth telling and worth the effort that we were going to put into it, then sure,” Gosling told The Los Angeles Times. “But I have yet to hear that story.”

Before any discussions about a possible Blade Runner sequel are to be had, Warner Bros. has to see how 2049 performs at the box office. It’s currently projected to make $50 million in its opening weekend, which is a decent debut, but it’ll need to have some serious legs in order to be considered a success, as its budget was reportedly about $150 million. Even the original Blade Runner wasn’t a huge hit, only grossing $32 million domestically in 1982. But Warner Bros. is betting that the film’s cult following will allow the sequel to significantly outperform the original.