Will This Show Be the Next ‘Making a Murderer’? 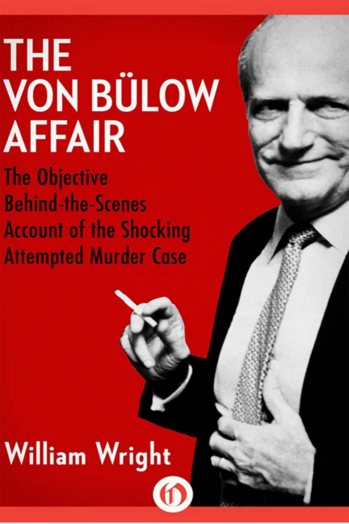 According to The Hollywood Reporter, the show will be based on William Wright’s 1983 true crime book, The Von Bulow Affair.  The novel follows the infamous trial of of Von Bulow, who was arrested for the murder of his wife, Sunny, after she was found unconscious on her bathroom floor in December 1980. Sunny remained in a coma for 27 years until her death in 2008. Von Bulow went on trial for attempted murder in 1982, kicking off a highly publicized legal circus that went on for years. After initially being found guilty and sentenced to 30 years in prison, Von Bulow appealed and was acquitted of all charges in 1985, following a second trial.

Universal’s developing drama will offer a comprehensive account of both the trial and its aftermath. Per THR, the potential series will draw on court transcripts and interviews to take an unparalleled behind-the-scenes look into the legal proceedings of what Universal describes as “one of the most intriguing family feuds of all time.” The show will also delve into the couple’s opulent lifestyle in Newport, R.I., and New York.

Ilene Rosenzweig, the scribe behind Bravo’s Girlfriends’ Guide to Divorce, is on board to adapt the book to screen. A network is not attached yet, but Universal Cable is expected to shop the project to various broadcast and cable networks in the coming weeks.

“The story of the Von Bulows will go down in history as one of the most sensational scandals in American high society,” Dawn Olmstead, UCP’s Executive VP of Development, said of the project. “We look forward to delving deeper into this true crime story that still leaves us cold today.”

Universal’s series on Von Bulow (pictured above right) arrives just as true crime is having a major moment in the entertainment landscape. Universal likely hopes the show will have as much success as Making a Murderer, the Netflix docuseries that captivated national attention in December and has since spurred questions into the legal process of subject, Steven Avery. Netflix is currently considering the possibility of a second season of the show.

But that’s hardly the only real life crime-inspired story to captivate viewers recently. Prior to Making a Murder, HBO’s The Jinx and This American Life podcast Serial (which is focusing on a different subject in its second season) also garnered widespread coverage. Meanwhile, Discovery also recently tried its hand at the genre with docuseries Killing Fields, which investigates the killing of graduate student Eugenie Boisfontaine and recently scored an order for an additional six episodes.

The trend is only set to continue in coming months. FX is currently airing the much-buzzed about American Crime Story, chronicling the trial of O.J. Simpson. A television adaptation of the making of Serial is also in the works at Fox, from Last Man on Earth duo Phil Lord and Chris Miller.