Will This Stephen King Series Be the Next ‘Game of Thrones’? 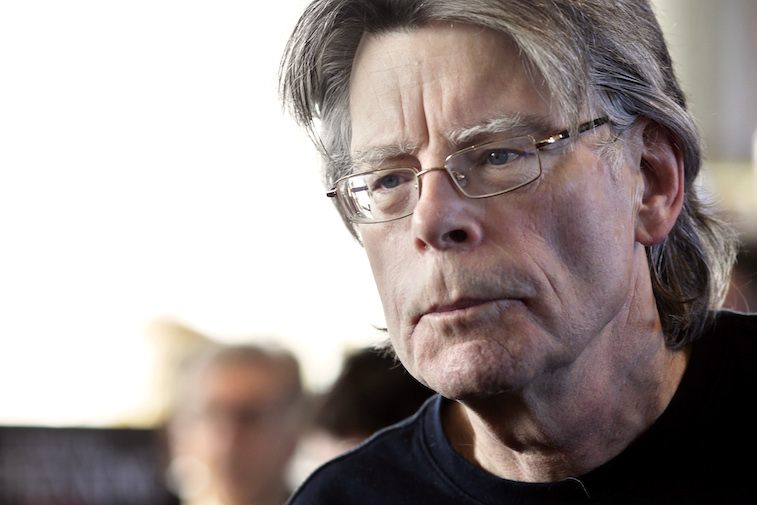 Studios have been trying to turn Stephen King’s epic The Dark Tower series into either films or a television series for years. With Game of Thrones being so massively popular and having little competition in terms of a high quality, dark fantasy series, now is as good a time as any for producers to return to The Dark Tower, which would appeal to the same fans as that aforementioned HBO hit if adapted well. Deadline reports that Nikolaj Arcel, the director of the Swedish Girl with the Dragon Tattoo films, has been tapped to direct what’s being planned as a film series with a companion TV show for the eight novels that span over 4,000 pages.

The Dark Tower novels have a lot in common with the A Song of Ice and Fire series by George R.R. Martin that the show Game of Thrones is based on. Both take place in dark magical worlds with battling feudal societies. The studios’s plans for both films and a TV show based on The Dark Tower suggests they’re going massive in terms of scope here, which is similar to Game of Thrones as well. That HBO show is one of the most cinematic ever to air on television and it’s giant production value has paid off in some of the highest ratings on TV as well as one of the most devoted fanbases.

The Dark Tower series follows the journey of Roland Deschain, the last of a knightly order called The Gunslingers, on a quest to find the Dark Tower, which is said to be the center of all universes. King’s magical world contains elements of the American Old West and the Deschain character, who is also referred to simply as Gunslinger, is influenced by the nameless character Clint Eastwood would play in the old spaghetti westerns. The books are also influenced by Arthurian legend and J.R.R. Tolkien’s Lord of the Rings.

Arcel is the top choice of Sony Pictures Entertainment and Media Rights Capital to direct, but negotiations with the Swedish helmer haven’t yet begun, Deadline said. Arcel is apparently a big fan of the series and even learned English just so he could read The Dark Tower books in their native language. His knowledge of the material impressed the studios and Deadline said showing that he could do a dark literary adaptation with Dragon Tattoo is a big plus for Arcel. Those Swedish Dragon Tattoo films made a star out of Noomi Rapace and were better-received than the American version from David Fincher.

Dark Tower has gotten fits and starts with its journey to the screen. Universal and Warner Bros. have owned the rights at various times with Russell Crowe and Javier Bardem attached to the lead role at different points. With fans crazy for all things Game of Thrones, the timing couldn’t be better to finally get this dark fantasy franchise off the ground. After nailing down a director, the team will need to find the perfect actor to play a sort of wizard cowboy in the franchise that could end up with a legion of obsessed fans á la Game of Thrones if the studios play their cards right.